Other Side Drive: Wednesday Segments SuperBowl performances are as historic as the games themselves.

America loves three things: Freedom, Football, and Music. So by same divine coincidence the largest sporting event in America would also feature the largest indirect live performance for a musician; roughly 108 million viewers this year alone, according to Nielsen. The Super Bowl halftime show has boasted some critical acts and every year it seems there is an attempt to top the previous year’s performance. This year was definitely one to remember because it not only had one of the largest female pop-acts of the last decade; it also marked her return to one the largest female-pop groups. Beyonce’s halftime show was great but there have definitely been larger performances, some arguably larger than others.

1993 saw a spectacle by Michael Jackson that would have made Bono jealous but only for a little while. Michael took an artists’ attempt at world peace with the song “Heal the World.” The twelve minute performance also featured a string of his hits, a children’s choir of 3,500 kids, and a mosaic built around the field using cards under the seats of Super Bowl patrons.

The Super Bowl has not only been led by pop-artists though. Legends of rock have also put on some of the most memorable performances. In two-thousand and seven Prince gave a glowing performance thanks to an impressive lighting display that featured his iconic symbol and marching band-glow-suits. Then there was the emotional and heartfelt nine-eleven tribute done by UZ in 2002. The performance that came at a time when America never felt more united.
The Halftime show has also been a great place to unite artists that may not have otherwise performed together. Like two-thousand-and one’s performance that brought together ‘NSYNC, Aerosmith, May J Blige, Nelly, and Britney Spears. For the time you could not get more popular performers in one spot. James Brown, the Godfather of Soul and ZZ-Top teamed up 1997 with the Blues Brothers for Super Bowl Thirty-one. This might be the only time fictional characters performed at the halftime show.

The Super Bowl has become an American tradition. It is one of the few moments that a large portion of America is conceivably united in the name of sport; with the marriage of music and television the event becomes an entertainment conglomerate. While the Super Bowl might not be your first thought when looking at music history; it is a peek into the musical consciousness of the American people. Providing a brief glimpse where music was at that moment in time. The artists that have performed the halftime show, like the players that have performed on field, have made their way into history.

Other Side Drive Texas State 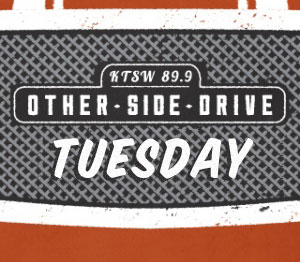 Other Side Drive: Tuesday Segments