Rattlers Lose in a Nailbiter Against Cavaliers 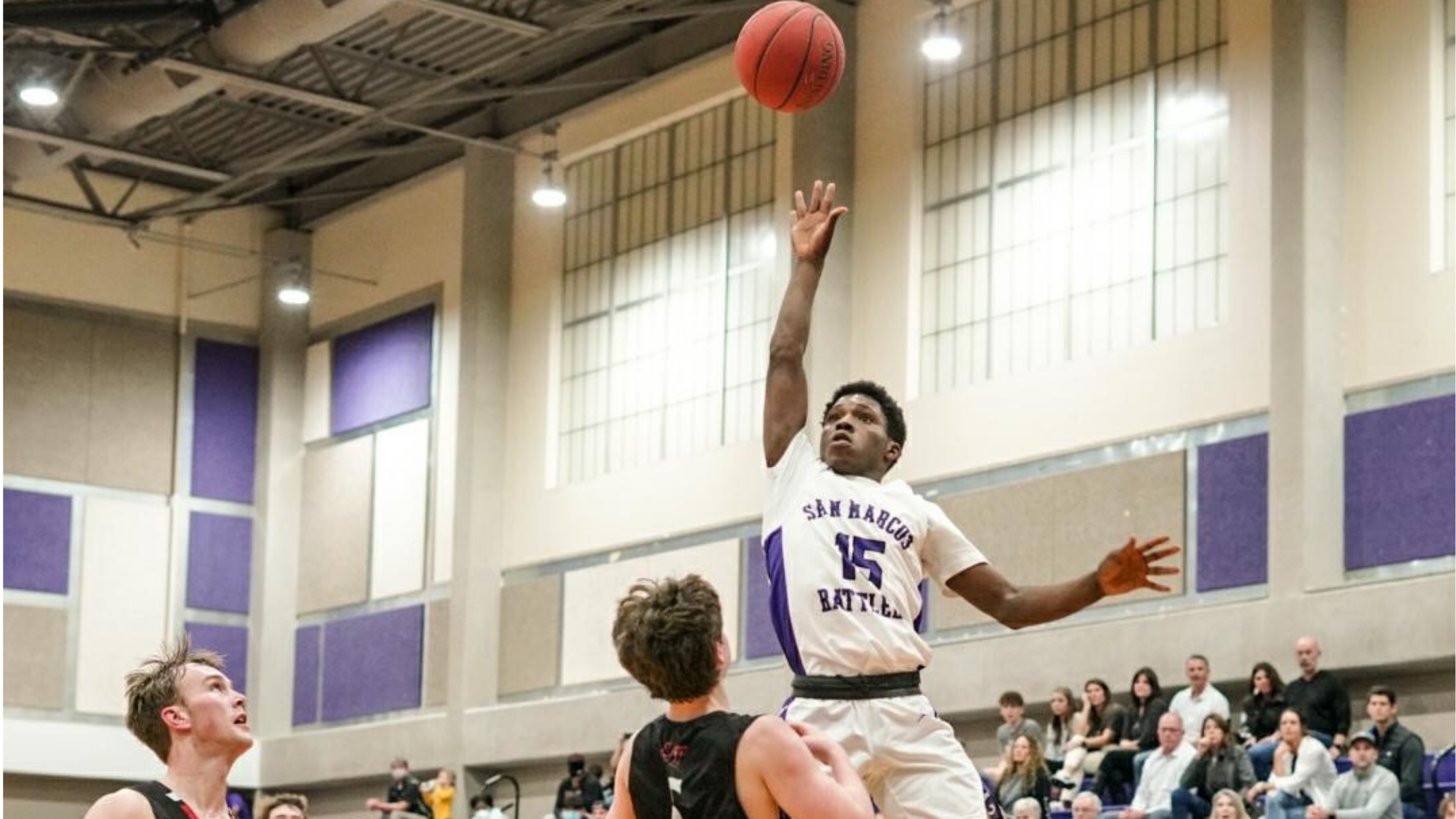 Lake Travis started the game clicking on all cylinders as they came out with an 8-2 run within the first two minutes. Coming out of a timeout, Junior forward Malik Pressley scored the next two baskets for the Rattlers, bringing San Marcos within one with a score of 8-7.

The zone defense of Lake Travis gave the Rattlers fits; they couldn’t catch a rhythm offensively. Furthermore, the Cavalier’s ball movement allowed them to find open shots and not force anything. If they didn’t have a good shot, they continued to run their offense and wait for a defensive lapse from the rattlers.

Lake Travis concluded the third quarter on a 6-0 run, putting them up 47-38 going into the fourth quarter. However, San Marcos clamped down and started to run a press defense on Lake Travis towards the end of the game. Lake Travis couldn’t handle the full-court press, leading to forced turnovers and bad shot choices. San Marcos began chipping away at the lead by capitalizing on Lake Travis’ late-game errors.

San Marcos will be on the road on Jan. 21 at 8:00 p.m. for a big one against Austin Westlake. The pair met in a tournament earlier in the season; Westlake won 79-47. Friday night will be a chance for San Marcos to bounce back and compete for first place in the district standings.

The Myth of Being “That Girl”

By Celeste Parler Web Content Contributor There is a craze on social media apps like TikTok and YouTube that has influencers motivating a generation to reinvent their image. Specifically, it has everyone and their mother trying to become “that girl". You may also know her as the girl that has her whole life together and that all of us secretly aspire to be. If you haven’t met her, you have […]