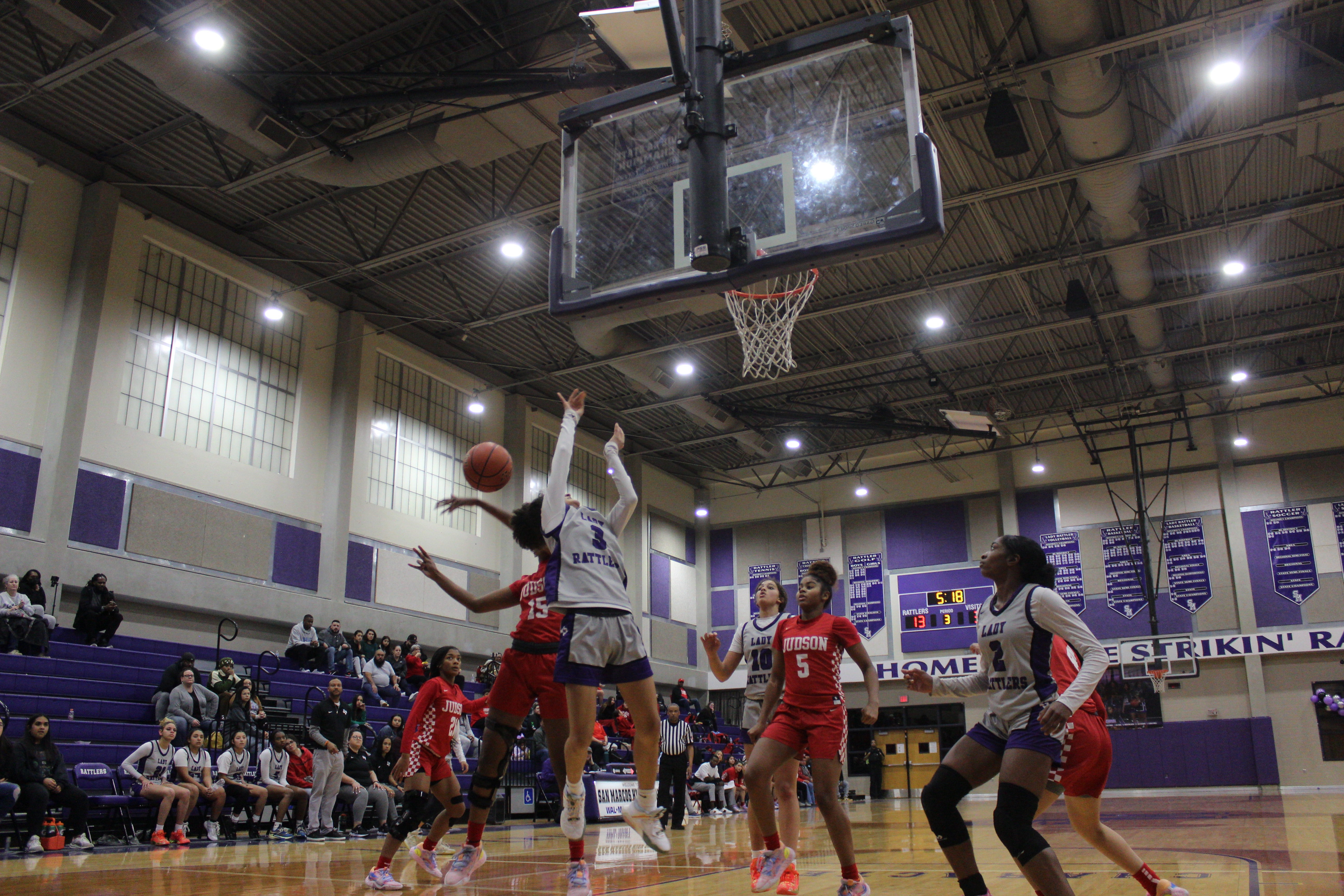 The San Marcos Rattlers (0-4) square off against The Judson Rockets (4-0) in a district affair, where the Rattlers came out faced with a tough defense, while a Rocket offense was hitting on all cylinders falling short in this one 54-22.

The Rattlers came into this one facing injuries with Senior center Amiya Moore in dress clothes for the game. This was a big hit for the Rattlers not having the Senior leadership on the floor for San Marcos

The Rockets began the game with a tough press defense that caused many problems for the Rattlers. While the Rattlers struggled to move the ball up court, the Rockets were able to force multiple turnovers and prevent them from putting any points on the board. After the slow start, the Rattlers were down 20-5 at the end of the first.

“I thought we were really patient, in getting the ball across court, getting the ball into the middle and attacking the backside,” San Marcos head coach Jermaine Ervin said. “I really feel like the game could’ve went differently if 3 or 4 of those layups would’ve went in for us.”

The Rattlers’ struggles continued as they moved into the second quarter having trouble stopping the powerful offense of the Rockets. Judson was able to extend their lead 28-13 going into halftime. Freshmen guard Azariah Fennell was the leading scorer helping the Rattler in the first half with 5 points.

As the second half began, the Rattlers came out in full court, looking to slow down the Judson offense. Unfortunately, the Rockets were able to jump on top of the Rattlers by pulling multiple offensive rebounds and forcing a young rattler squad into many turnovers throughout the evening.

While battling key injuries to senior paint leader Amiya Moore, the Rattlers were unable to stop the powerful offense of Judson falling short in this one 54-22.

“We got New Braunfels coming next, then we have three straight home games,” Ervin said. “We’re starting the second half of district so it’s 0-0. Were 0-5 but let’s win the back half.”

The Rattlers (0-5) take on the New Braunfels Unicorns (1-4) Tuesday, Jan. 24 where San Marcos looks to get their first win in district play.  Coverage of that game and future rattler basketball games will be on KTSW 89.9.