After sealing last Saturday’s win, the Texas State Bobcats seized the title of “Best Team in The Sun Belt.” Texas State comes into Tuesday’s game against the University of Louisiana Lafayette’s Ragin’ Cajuns with a 3-2 season. Louisiana Lafayette enters Bobcat Stadium Tuesday night with its own 2-3, win-loss record this season.

There’s a lot of excitement swirling around the Hill Country this week, and with good reason, as the Bobcats have a chance to take down a conference favorite on live television. All eyes will be on Texas State and Louisiana Lafayette with Tuesday’s game being the only televised match up of the evening. In a message to the students and fans of Texas State, Head Coach Dennis Franchione had just one thing to say to the Bobcat faithful: “I need you. This team needs you. This community needs you.”

Coach Fran, who is on the cusp of his 20th win since beginning his latest tenure with the Bobcats, will roll out an offense that is second in the Sun Belt Conference in total offensive yards and one that has been electric this season both home and away. Running back Robert Lowe led the Sun Belt in rushing earlier this year and Terrence Franks found a way to get his name in the conversation by being named the Sun Belt Player of the Week after his strong success against the Idaho defense last week.

While the Bobcats are favored to improve their record to 4-2 this week, the last time the two teams met the Ragin’ Cajuns dominated Texas State in a 48-24 on October 5, 2013 in Louisiana. But this is a new year, a new team and a new opportunity that has produced home-field advantage in San Marcos for the first time between the two opponents.

In order for Louisiana to have any chance in this game, they’re going to have to hold the Bobcat running game to an unsuccessful margin that hasn’t been seen yet by any of Texas State’s opponents so far this season. Texas State is averaging 259 yards of rushing per game, while the Ragin’ Cajuns are holding opposing offenses to 185 yards a game. The Bobcats are having a better season than Louisiana with the exception of passing offense. Louisiana continues to ride on the shoulders of All SBC First Team quarterback Terrence Broadway.

For the Bobcats to continue their success they’ll need to run the ball with Lowe and Franks, while balancing the finesse and talent that sophomore quarterback Tyler Jones brings to the field. On the defensive, the Ragin’ Cajuns are a very pass heavy team, but only come into the game with a passing efficiency that ranks just 89th in the nation. It seems likely that Colby Targun, Craig Mager and Germod Williams will once again have an opportunity to change the game for the Bobcats.

As always you can catch the game on Texas State’s very own KTSW 89.9 or KTSW.NET at 7 p.m. 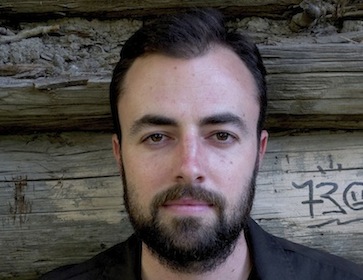 By Jordan Gass-Poore' Web Content Manager Just call Chris Sonnier the mastermind behind SXSW Eco, an annual conference that brings together people from around the globe to discuss and collaborate on solutions for a sustainable planet. The native Texan and University of Texas at Austin alumnus initially became involved with SXSW as a seasonal employee. It was during this time that Sonnier said he realized that the company's March events […]