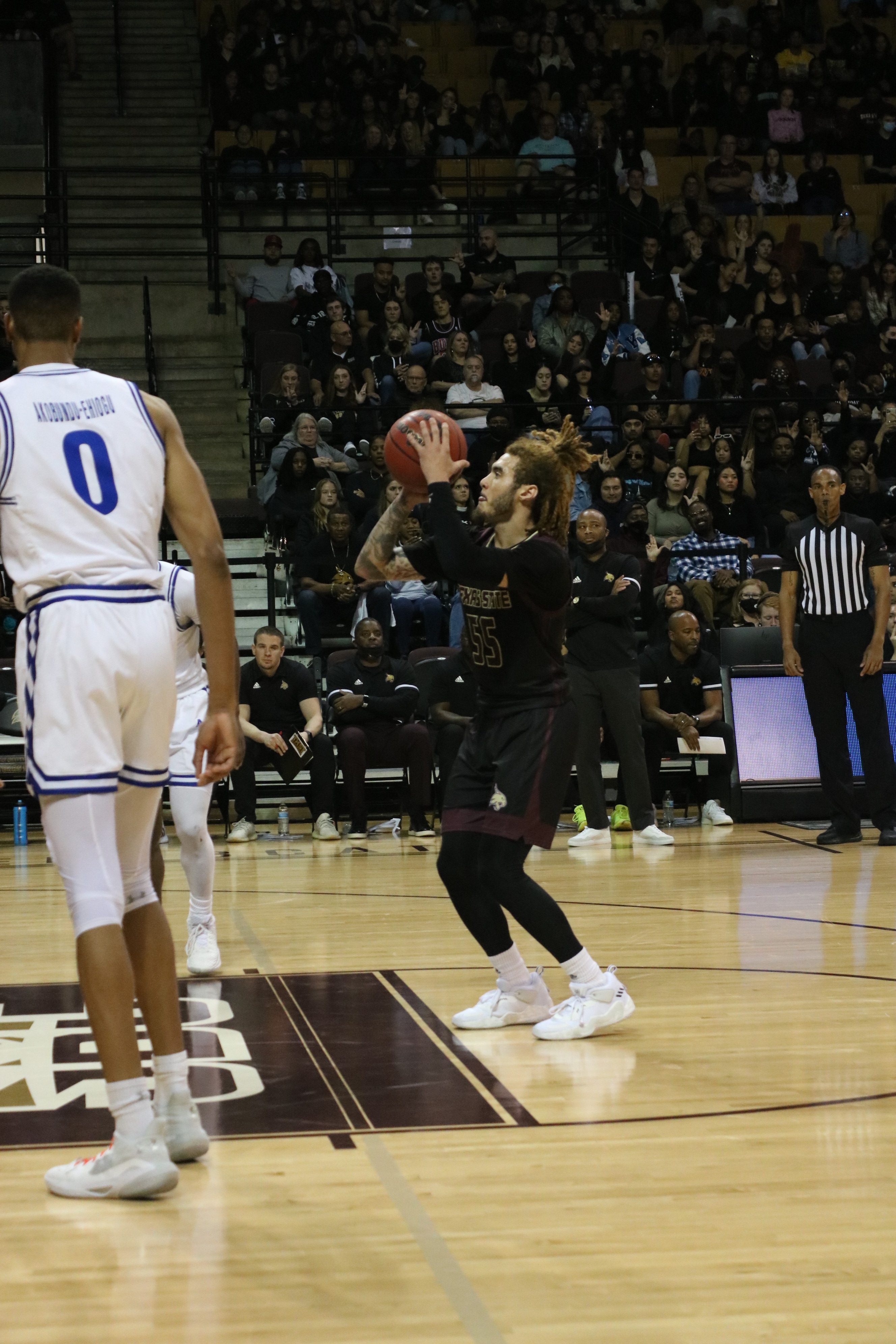 Texas State Men’s Basketball (14-6 overall, 5-3 Sun Belt) takes the win over the number one ranked Appalachian Mountaineers (14-10 overall, 8-3 Sun Belt) at Strahan Arena Friday night. The Bobcats win over App State is a direct result of “sticking to the game plan,” said Head Coach Johnson during the post-game interview. Appalachian had a six-game winning streak until they played Texas State. It’s no secret that the Mountaineers are one of the best teams in the conference. The consistent preparation before tip-off delivered the Bobcats the win.

The game’s intensity picked up fast in the first half as the Bobcats started in an aggressive man-to-man defense against the Mountaineers. There was amazing energy in the stands as well as on the court. Within minutes of the game, junior guard Caleb Asberry shoots back-to-back threes that initially put the Bobcats in the lead and fans on their feet. Junior forward Nighael Ceaser with the phenomenal defense, effectively contesting three missed shots. Ceaser finished the game with eight points.

The unpleasant winter weather did not stop Bobcat fans from coming out and cheering on the men’s basketball game. Having the home-court advantage is all about a great fan base in the crowd. The noise, the buzz, and communal emotions kept the bobcat’s momentum going. The Bobcats harnessed the energy and delivered the lead going into halftime.

In the second half of Friday’s game, momentum slowed down a bit as the opponents went into a zone defense. However, junior guard Drue Drinnon came into the game with an explosive performance on both ends of the floor, which led to a couple of buckets.

Caleb Asberry scored a team-high 16 points, adding some warmth to a chilly night. Fellow Bobcat Shelby Adams finished with 11 points, on 3-4 for shooting and 2-of-6 on free throws.

The Mountaineers tied the game in the last few minutes, 60-60 at the 5:39 mark; it was a nail-biting moment. Senior guard Shelby Adams attacked the rim and drew a foul to put points on the board, calming the arena. The final score was 68-66, with Texas State winning over Appalachian State 68-66. The Bobcats now have a two-game winning streak.

Texas State will continue as they take the match up against Coastal Carolina on Feb. 5th at 5:00 p.m. (CST). Can’t make the game? You can listen live on KTSW FM 89.9 San Marcos or watch the stream on ESPN plus. 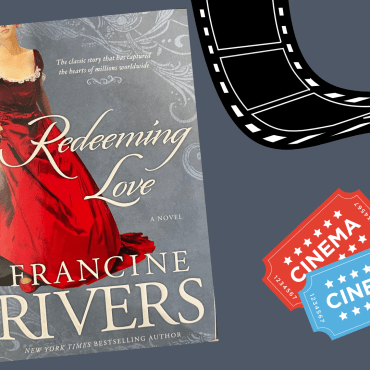 By Mikayla Anding Web Content Contributor A new film called "Redeeming Love" was released to theaters on January 21 this year. An adaptation of the novel by Francine Rivers, this film was nothing short of wonderful, in my opinion. It was amazing to see it on the big screen after reading the book just last year. The novel and film can be categorized as romance, historical fiction, and biblical fiction. […]