Bobcats Win Thriller Against the Cajuns 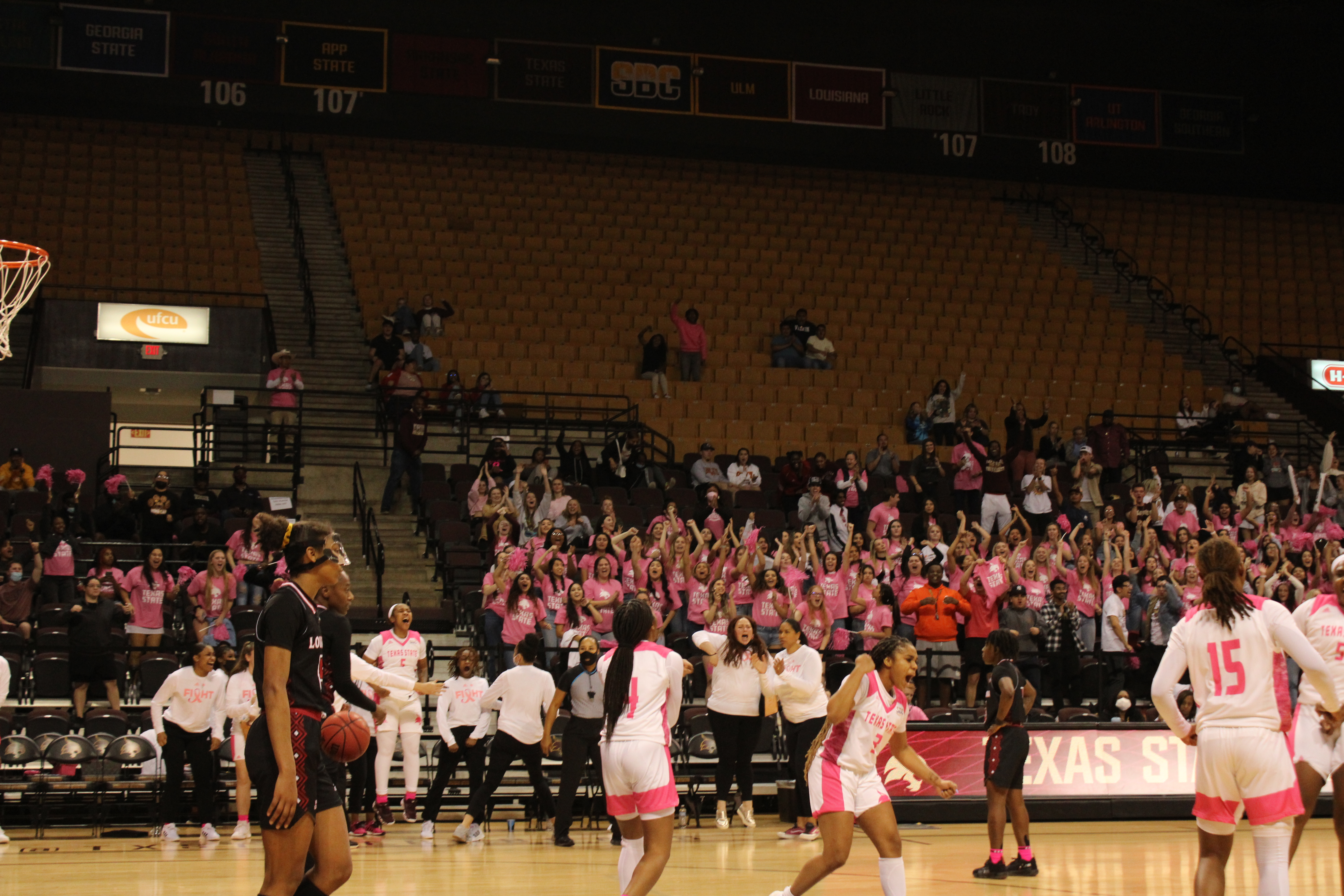 Coming into this home matchup, the Bobcats were riding a three-game winning streak, including a triple-overtime win vs. Little Rock on the road. The Bobcats hoped to keep that momentum going against the Louisiana Ragin’ Cajuns. The Cajuns entered this game fourth in the Sun Belt Conference, while the Bobcats were sitting in sixth. Because this game had implications regarding conference standings, both teams came out focused and played hard. This game did not disappoint.

The first quarter saw a strong early start for redshirt senior Lauryn Thompson, as she scored a quick six points and recorded a steal and an assist early in the game. Lauryn helped spark a run for the Bobcats; after being tied 4-4, Texas State went on a 12-4 run to end the first quarter, going up 16-8.

Da’Nasia Hood and Lauryn Thompson made up 18 of the Bobcat’s 26 first-half points. The Cajuns tried adjusting their defense to a full-court press, but the Bobcats were able to break the press relatively easy. Unfortunately for Texas State, many shots weren’t falling for them.

Even as the Bobcats approached foul trouble, they still fought hard. After being down by ten mid-way through the third quarter, Texas State ended the quarter on a 7-2 run to cut the deficit to five, bringing the score to 52-47.

The fourth quarter was filled with insane drama and back and forth action! First, the Bobcats were down by ten with 3:09 left and stormed back with a 9-0 run themselves to make it a one-point game. Then, with 36.2 seconds left, the Cajuns missed two crucial free throws that would’ve put them up by three points but ultimately kept it a one-point game with a score of 65-64.

Hood, down on the other end, made a contested layup and her free throw to take the lead and go up two points, bringing the score to 67-65 with 28 seconds remaining. However, Lanay Wheaton for the Cajuns gets fouled on the following possession and makes both of her free throws to tie the game at 67 with 13.5 seconds left.

After a timeout, the Bobcats had a chance to win the game, but the three-point shot by Jo’Nah Johnson fell just a little short as time expired, sending the game to overtime!

The overtime period saw both defenses dial in; both teams gave it their all and competed to the highest level. Hood would end up scoring the first basket for the Bobcats in OT, as the Cajuns would then answer right back to tie it back up again. After Kennedy Taylor missed a three-point attempt, Wheaton would score a go-ahead bucket for the Cajuns, making the score 71-69; that would be the last point the Cajuns would score. After getting fouled, Sierra Dickson would make one of her two free-throw attempts for the Bobcats to cut the deficit to one, as with 38 seconds left, the Cajuns would call timeout up 71-70

The Bobcats, on the ensuing possession, played tremendous defense, forcing the Cajuns to miss two shots to increase the lead to three. The Bobcats called a timeout with 8.7 seconds left with an opportunity to win the game. However, after a missed shot attempt, Thompson secured the offensive rebound and got the putback to fall as time expired to give the Bobcats the 72-71 win!

It was an important win for the Bobcats, as they secured their fourth straight victory and now move to third place in the Sun Belt Conference. Their next game will come at home vs. UL Monroe, as they will hope to continue their winning streak and eventually move closer to the top of their conference. 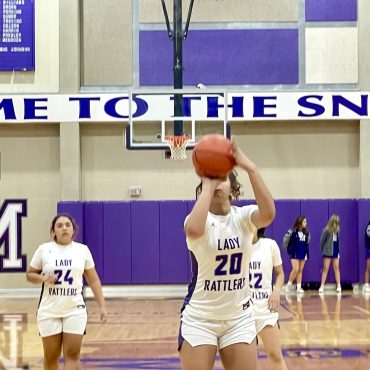 Lady Rattlers Roll Past Akins on a Unique Senior Night

By Gian-Carlo Cacho Sports Reporter The Lady Rattlers (22-10 overall, 8-5 in district) put on a clinic against the South Austin-based, Akins Eagles (2-19 overall, 1-12 in district) on Tuesday night. The night started off with a celebration of the Lady Rattler seniors. Posters, flowers, and support filled the snake pit for what would be a dominate performance. The first quarter for the Rattlers was perfection, the ball movement, shooting, […]