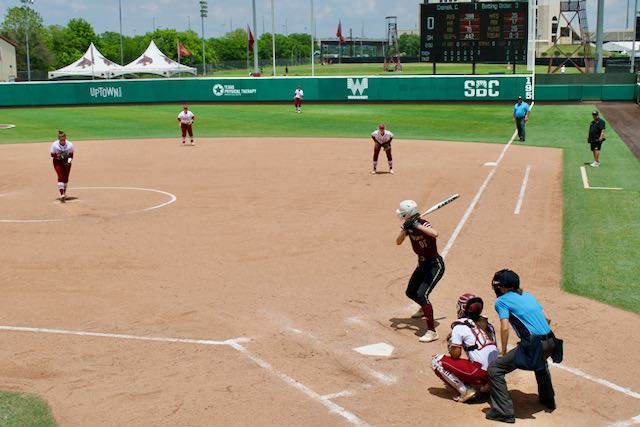 The Texas State Softball Team (16-8 Sun Belt) played their final home series last weekend against the Troy Trojans (13-11 Sun Belt). This series saw clutch hitting and pitching for the Bobcats resulting in a series sweep and their 12th win in a row.

The first game of the series was a 5-1 win for the Bobcats. This win was made possible through sophomore Jessica Mullins’ performance in the pitching circle where she tallied nine strikeouts to keep the Trojans to only one run.

The most pivotal hit of this first game took place in the bottom of the fifth inning with three runners on base.

Senior Caitlyn Rogers stepped up to the plate and hit a double into deep center field plating Trahan, Vanderford, and Jones to give the Bobcats the final lead of the game.

After losing the first game of the series, the Troy Trojans showed up to play on Saturday, recording six hits and tying the game with a big hit from freshman Taylor McKinney in the fifth inning.

After that game-tying hit, the Bobcats looked to keep this one close and did with 11 strikeouts from Jessica Mullins.

The game remained tied until the bottom of the seventh when a massive hit to center field from Caitlyn Rogers brought Ciara Trahan and Anna Jones home for the 2-1 win.

The third and final game of the series took place Sunday afternoon when the Bobcats found themselves up 2-0 in the second inning. This early lead was made possible by several walks and two hits from sophomore Claire Ginder and senior Kylie George.

The Bobcats tallied three more runs in the bottom of the fifth off Caitlyn Rogers’ second career triple into deep right field. This triple gave the Bobcats a lead that Troy could never claw themselves out from resulting in the 5-2 win. 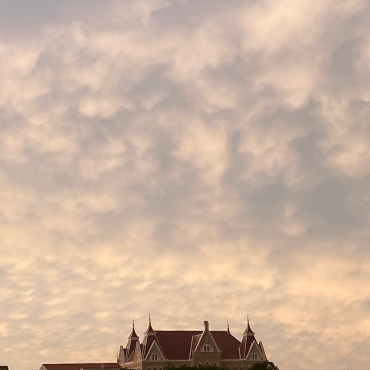 By Lea Mercado Web Content Assistant Manager Have you ever felt like you were put on this earth to do something big? No one told you to or provided instruction, but the feeling persisted until reality stepped in the way or self-doubt crept in. I know that feeling, and while some may categorize that feeling differently, I call it purpose. For the longest time, I thought that my purpose was […]