SXSW 2014 Photos: Washed Out, Foster the People, and Childish Gambino

During SXSW, three nights of free shows open to the public with Guest Pass wristbands were held at Austin’s beloved Butler Park. The first day of the Butler Park shows was dedicated to rock legend Jimi Hendrix and included an unveiling of a limited edition Jimi Hendrix Stamp presented by the U.S. Postal Service. Day Two included synth-pop acts Young and Sick, Washed Out, headlined by Foster the People. The final day of the Butler Park shows was dedicated to the hip-hop, rap, and R&B scene with acts such as Lion Babe, and The Cool Kids, all headlined by Childish Gambino. Gambino packed the park with over 20,000 fans and finished off Butler Park’s SXSW festivities with three encores, the final one being freestyled. Below are photos from Washed Out, Foster the People, and Childish Gambino’s sets. 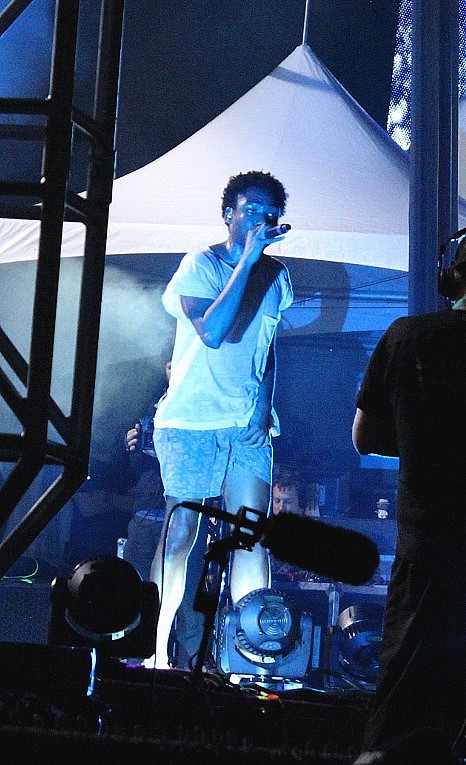 https://www.youtube.com/watch?v=qc4BImjPHYY An interview with Miniature Tigers in the middle of downtown Austin between sets for KTSW.