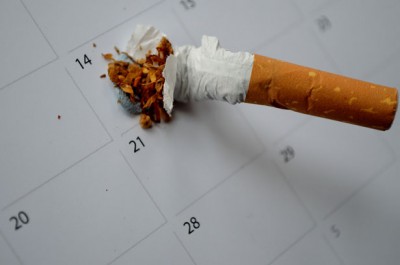 Last October the San Marcos City Council passed a no smoking ordinance,. On June 1 the ban took effect, which means smoking’s prohibited anywhere the city deems a public place, which includes bars, restaurants, and businesses. Smoking’s also prohibited in public places both inside and within 10 feet of the entrances, which also includes the use of e-cigarettes.

“The ordinance went into effect on January 1 for city-owned-and-operated facilities and June 1 for the community at large,” said Trey Hatt, City of San Marcos spokesman. “We’ve had a lot of positive feedback since the ordinance passed in October from businesses and have had a lot of businesses go smoke free before June 1.”

Hatt also shed light on one of the challenges faced with implementing a ban of this nature.

“I think a pretty large component is informing people,” he said. “We inform people about the change and the ordinance before we go straight to enforcement. We’ve been reaching out to a wide variety of groups since the fall. We’ve got environmental health, main street, city marshals, parks and recreations, human resources and park rangers have all been distributing information.”

Hatt said the ordinance was geared to the health conscious and growing community.

“I think we all have an interest in maintaining a healthy community, I think we can all agree that everyone has a right to clean air,” Hatt said.

Some San Marco businesses have acquired permits to allow smoking in designated areas.

Since the comic book genre first broke out onto film, there has always been a demand for a certain level of realism and continuity. After all, when you're talking about a genre where most characters receive powers from being bitten by something radioactive, you need to make it realistic. Hero Worship with Jason McCall: Episode 1 full download   Although Bryan Singer's X-Men franchise may have been one of the earliest films to make the superhero film culture what it […]