The Crucible, written by Arthur Miller, opens at Texas State in the Theatre Center Mainstage on Oct. 30 and runs through Nov. 4.

I had the pleasure of attending a few rehearsals of the upcoming production. Under the direction of Michael Costello, Salem and its intolerance come to life in a stark reflection of today. With the audience surrounding all four sides of the stage, the performance begins bewitching the audience with music and dance as the young girls of Salem dance with Tituba, the slave from Barbados.

The Crucible is an American classic written by one of the greatest playwrights of all time. Published in the 1950s, the play centers around themes of persecution and intolerance during the times of the Salem witch trials, concepts familiar to today’s social landscape. The play remains a timeless testament to the ever changing society.

According to Grace Hickey the show is, “…one of the most universally applicable plays out there.”

The actors, a group of multi-talented individuals, give nothing less than an authentic performance; the emotions are raw and heart wrenching, from Jessica Healey’s portrayal of the sensual and manipulative Abigail Williams, to the narcissistic cowardice of Reverend Samuel Parris played by Jack Durham.

The technical aspects of this show are as equally impressive as the acting. Notably, the lighting and costume design add sensory elements to the show that further the theatrical experience.

The lighting design by Carlos Nine shifts throughout the show between the truth and persecution. There is a noticeable change in the lighting when someone mentions or accuses someone of witchcraft. Not to mention the change of lighting around certain characters; for example, the difference in lighting surrounding Elizabeth Proctor versus the lighting on Abigail Williams.

The costume design by Madison Cagle is stunning. Each character’s costume is a character in its own right. Cagle designed the costumes to reflect qualities in the characters, she said, “Abigail is dangerous, and represents a sexual energy that was forbidden (and honestly, still kind of is, when you think about the prevalence of slut-shaming in our culture)–so she has a through-line of blood red.”

The Crucible is a timeless production that is heart wrenching and introspective. Even if you are familiar with other productions of this work, this show brings new things to light and seeing it in the round is truly an experience like no other.

Casey Glaude, who plays Rebecca Nurse, said, “I hope that people take away the need for everyone to be constantly examining their own point of view and convictions.” 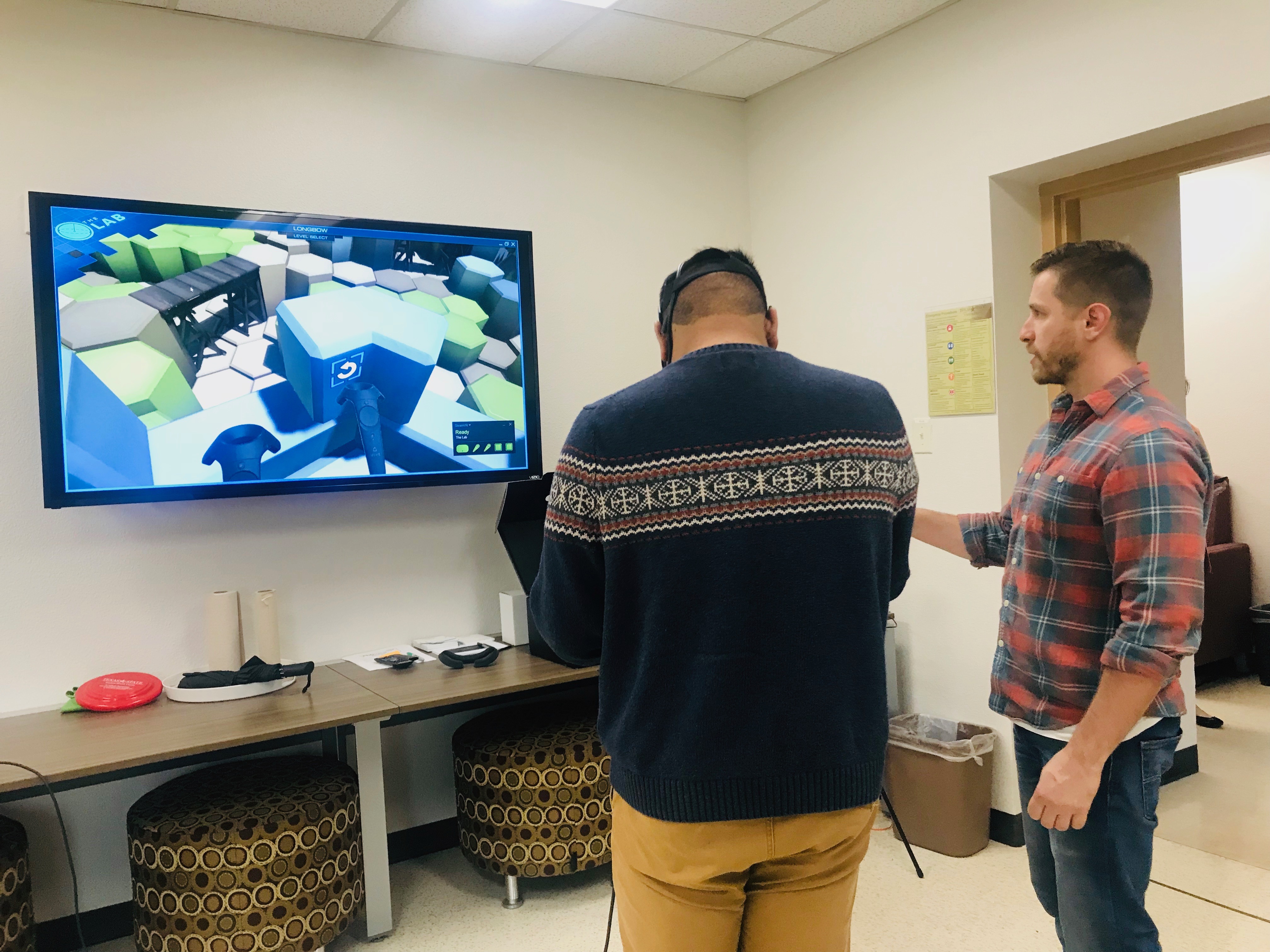 By Andronica Owens Web Content Contributor On Oct. 16 students at Texas State University had the opportunity to immerse themselves into the world of virtual reality during a Virtual Reality Workshop during Mass Comm Week. Mass Comm Week is an annual event hosted by the School of Journalism and Mass Communication (SJMC) at Texas State University. Each year the school brings in media professionals to host panels and events available […]