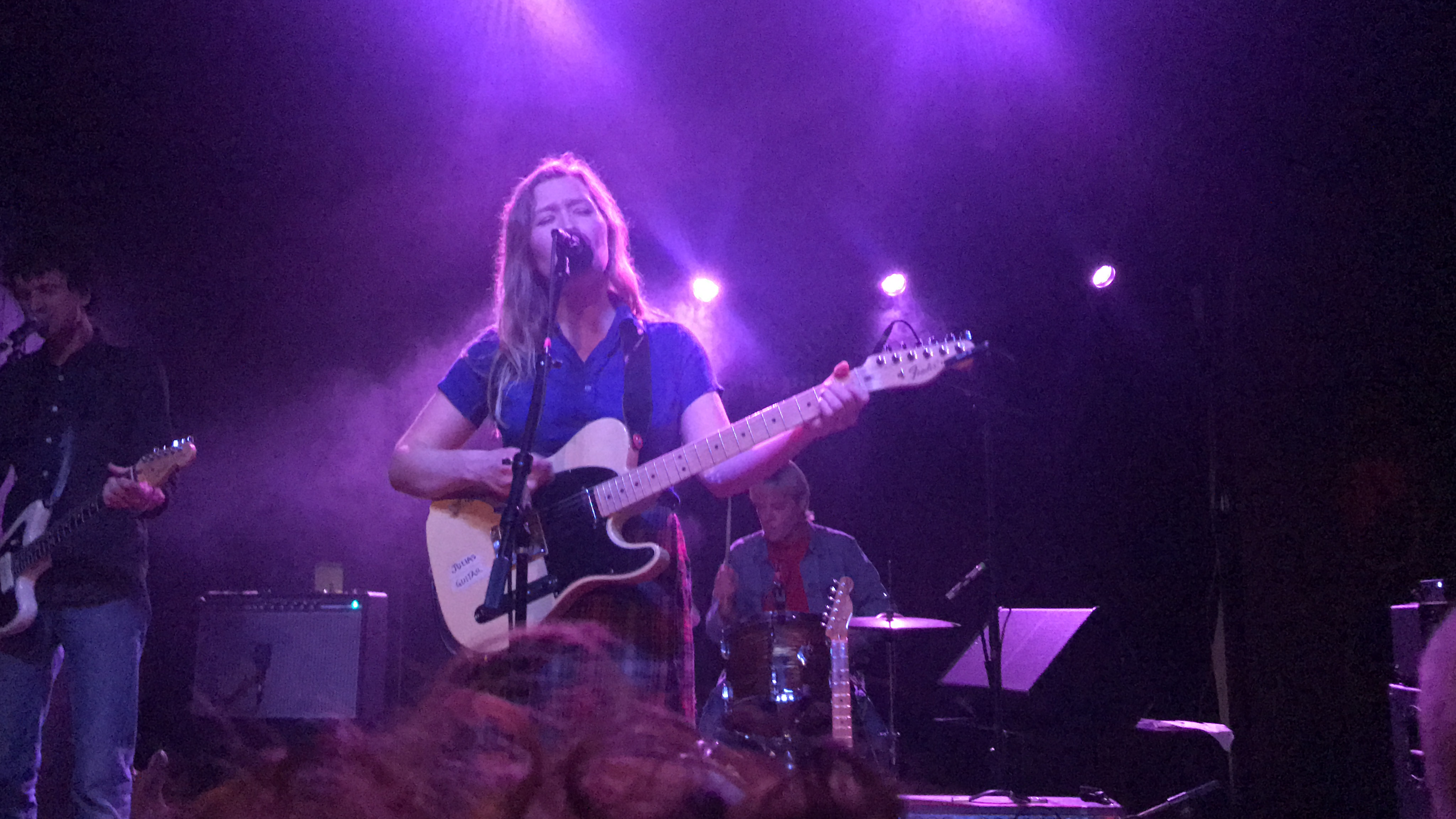 Saturday October 12, Julia Jacklin filled The Parish in Austin, TX with her incredible vocals and meticulously thought out and nuanced setlist. Her ACL late night show gave folk rock fans from the area a chance to experience the magic of coming together for live music without having to spend all the money and energy that comes along with the music festival.

Christian Lee Hutson warmed up the crowd with his simple acoustic set and comical anecdotes about tic tacs and Paul McCartney conspiracy theories. Some of his most striking songs were “Northsiders” and “I Have to Keep You Down.”

Jacklin began her set with her haunting song “Body.” The moody lights faded in and out as she sang “going to the city to get my body back,” beginning her storytelling journey of the night. She continued to captivate her audience as she performed “Motherland” and “Leadlight.”

The Australian singer turned things up a notch with her fun, upbeat song “You Were Right,” which celebrates recognizing growth. She exemplified the breadth of her talent with her vocal range in the bridge breakdown of her emotional song “Turn Me Down.”

Jacklin had a full circle moment with her cover of “Shivers” by The Screaming Jets, which she explained she used to sing to empty rooms at open mic nights as a whiny 13-year-old. Now she was singing it to a room full of people there with the intention of seeing her as a powerhouse adult.

She brought the focus back to her brilliant vocals with the acapella intro of “L.A. Dream.” Her band left the stage for “Don’t Let the Kids Win,” highlighting the individualistic journey of growing up and gaining new perspectives. One of the most moving and poignant songs of the night was “Don’t Know How to Keep Loving You.” It is such a raw recount of the end of a relationship, and had the whole audience hypnotized.

Jacklin ended her set with a series of her more upbeat songs. During “Pool Party” the venue lit up with reflected light from the disco ball. She goofily said to the audience “It feels like I was in an aquarium… of rock! An aquarium of rock.” She brought the house down with her feminist anthem “Head Alone” as everyone in the crowd sang “I don’t want to be touched all the time/ I raise my body up to be mine.”

As she sang “out on the dance floor with my body back” in “Pressure to Party,” the somber tones she expressed in “Body” were completely gone. The quest to reclaim her narrative was complete, and we all danced and sang along in celebration.

Jacklin came back out on stage for an encore. She sarcastly said this ones “a real party tune. Get ready to dance,” about her song “Comfort,” which lulled the audience back down before we headed back out into the night. 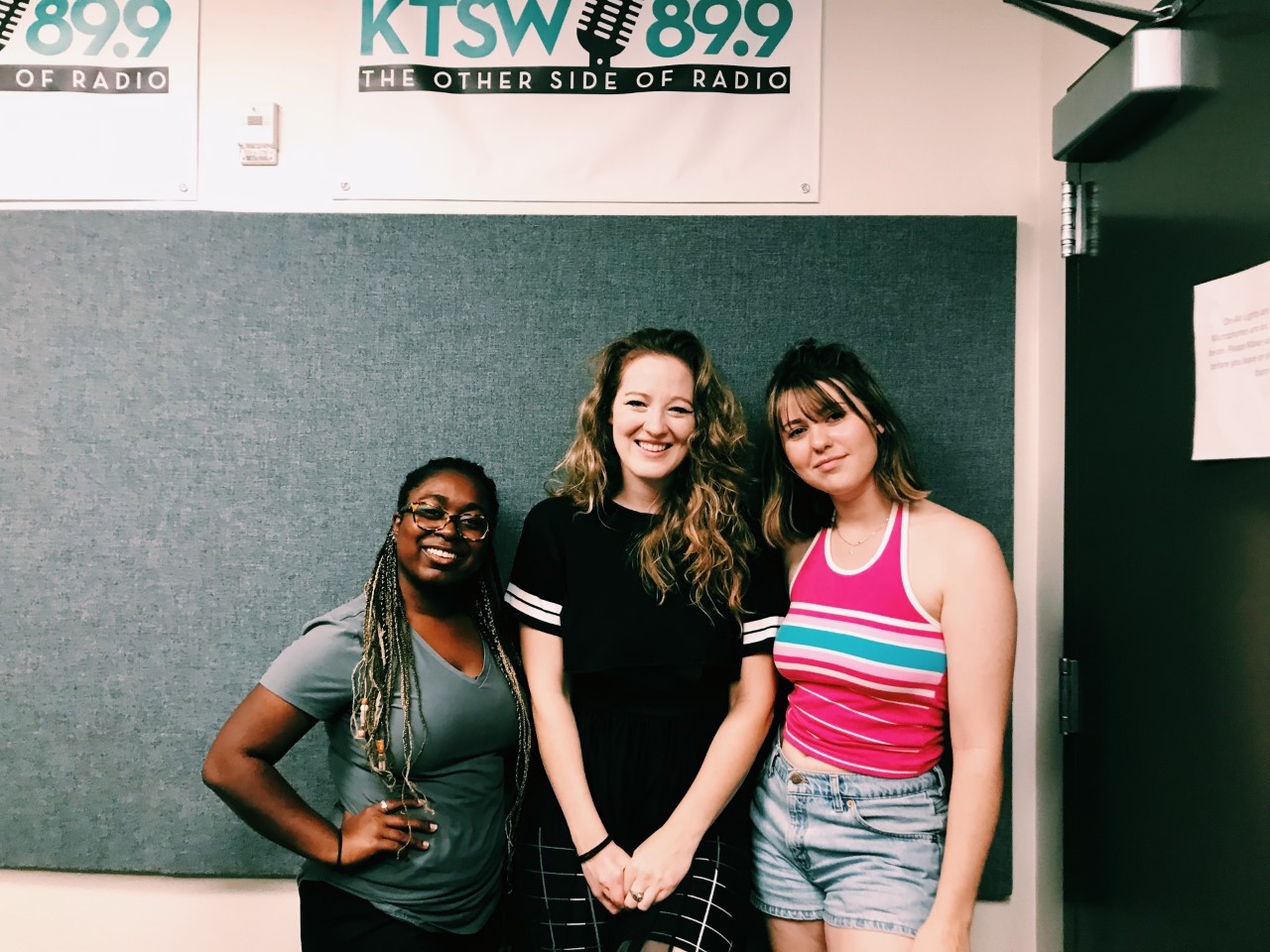 Other Side Drive Chats with Casandra Elese

By Sara Neel and Alexis RichardOther Side Drive Hosts Other Side Drive hosts, Sara Neel and Alexis Richard sat down with singer/songwriter Casandra Elese. Elese shared experiences from her journey as a competitor in the Radio.com’s Opening Act competition. Elese made it to the top 16 battle rounds. The Austin native opened up about the support she received during the competition, her latest album, the process of songwriting and her […]