For those who don’t know, Austin City Limits (ACL) is a well-known music festival that occurs every year in Zilker Park, Austin, TX. It began back in 2002 and was inspired by the TV show, “Austin City Limits,” which aired weekly on PBS. The lineup featured artists such as Wilco, Asleep At The Wheel, and Olospo. The festival only lasted two days, which was quickly changed to three as ACL became more popular.

This year, ACL received a lot of backlashes after thousands of people were not able to purchase tickets. Most of what was available were bought by bots and were being sold on other websites for hundreds, even thousands, of dollars. People began commenting harsh words in the comments of ACL’s Instagram posts. Unfortunately, this issue was out of their control, but hopefully, there will be more precautions in the future regarding tickets.

Since last year’s festival was canceled due to COVID-19, this year’s lineup was long-awaited. Once it was finally released, I was honestly disappointed. There were only a few people of note: Stevie Nicks, Erykah Badu, Black Pumas, Durand Jones, and a few others. I will admit that this lineup includes many artists that fans are loving right now, but compared to the ACLs of the past, it’s kind of lacking.

Most people just go to ACL and move on with their lives, not knowing about any other festivals in the area. Whenever I mention Levitation, no one knows what I’m talking about. That needs to change immediately because all these people are missing out.

Levitation is a newer music festival, only making its debut in 2008. However, the festival includes a wide variety of amazing artists that I believe are better than the ones featured at ACL this year. Levitation focuses on psychedelic sounds as well as promoting smaller artists. Instead of having the festival on a large area of land, Levitation features each show at a venue in Austin, allowing the experience to be more personal.

Some artists set to perform this year include The Sword, Chicano Batman, Thundercat, Japanese Breakfast, Shannon and the Clams and more. Compared to ACL, Levitation’s lineup is significantly better. Plus, there is no need to empty your wallets because most shows are only around $30. On the other hand, going to ACL would cost you over $300 for a three-day pass.

Overall, it is clear to me that Levitation is better than ACL in basically all aspects. This year’s Levitation festival spans over five days, starting Oct. 27 and ending Oct. 31. There’s still time to get tickets, and I highly recommend checking it out this Halloween weekend! 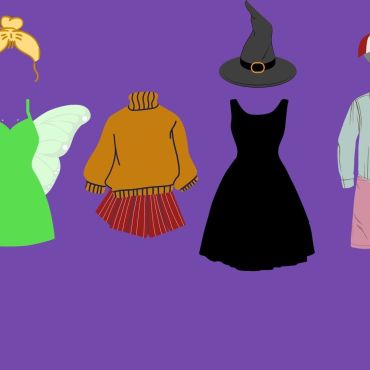 How to Find a Perfect Last-Minute Halloween Costume

By Celeste Parler Web Content Contributor The only thing scarier than Halloween frights and festivities is realizing that Halloween is days away and you haven't found a costume. In my opinion, costumes are essential for Halloween and speak to the history of the holiday. I find myself almost every year rushing to throw a few costumes together for several Halloween events. Now that I have years of experience putting together […]