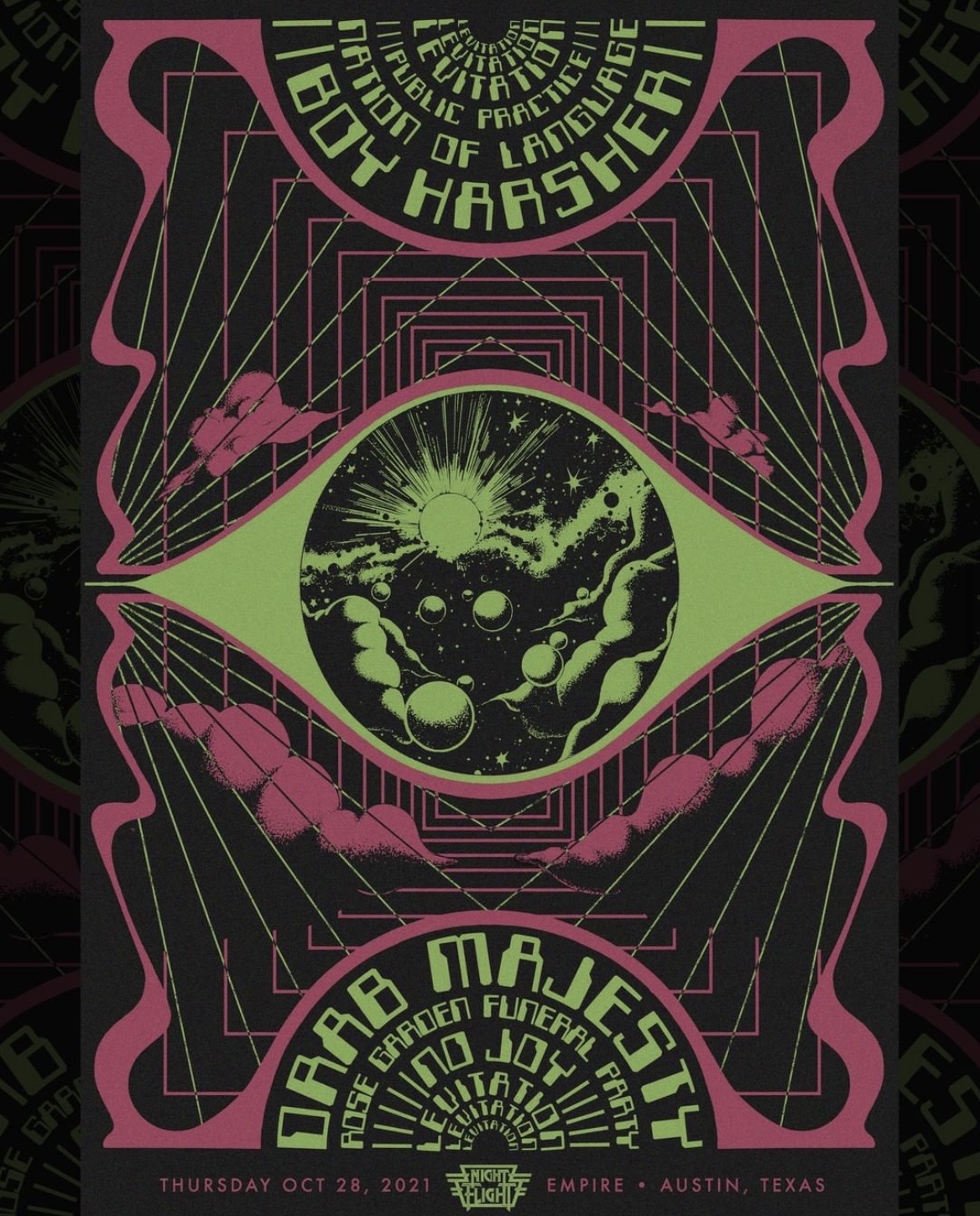 Levitation Fest is back for 2021, and four-day passes have sold out. While a few shows still have tickets, most sales have ended, and there is only a limited amount left.

Boy Harsher and Drab Majesty will be headlining their official Levitation show on Thursday, Oct. 28, at Empire Control Room & Garage.

Doors are at 7 P.M., and the show has officially sold out. Supporting acts for the event are No Joy, Nation of Language, Public Practice, and Vacant Lots.

Vocalist Jae Matthews and producer Augustus Miller have blossomed in the contemporary dark-wave world with sinister dance tracks such as “Pain” from their 2014 Lesser Man EP and “Motion” from their 2017 EP Country Girl Uncut.

The duo recently released their new single “Tower” on Oct. 19 in promotion of their upcoming film The Runner that is set to premiere on Jan. 21, 2022. The slow yet climactic track that accompanies the suspenseful trailer gives listeners a sense of curiosity of not only what the movie entails, but also what the soundtrack will sound like.

Based in Los Angeles, California, Drab Majesty is led by singer Andrew Clinco (aka Deb DeMure) alongside Alex Nicolaou (aka Mona D). The neo-goth, shoegaze duo’s entrancing sound compliments their chromatic look with tracks like “39 By Design” and “Unknown to the I.”

Their latest record Modern Mirror was released in 2019 with upbeat, hypnotic tracks like “Oxytocin” and “Long Division.” Their latest release is a cover of “No Rain” by Blind Melon that came out in 2020.

COVID-19 protocols include proof of vaccination or a negative test result within 72 hours before the show. More Levitation Fest health and safety procedures can be found here.

Here is a Spotify playlist for Thursday night’s show.

Featured Image by Callum Rooney and published by Levitation. 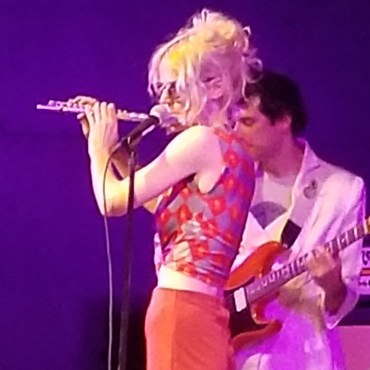 Gustaf Establishes Themselves at IDLES Concert in Austin

By Jared Dudley Music Journalist If you are familiar with IDLES, then you probably know what to expect from their live shows. The British punk rock band is well known for their ability to fill a crowd with surging energy. Their combination of engine-like rhythms and positively progressive lyrics make many of their songs sound like they were tailor-made to be heard in a mosh pit, where the individual movements […]