Band of the Week: Parquet Courts, an American Punk Band 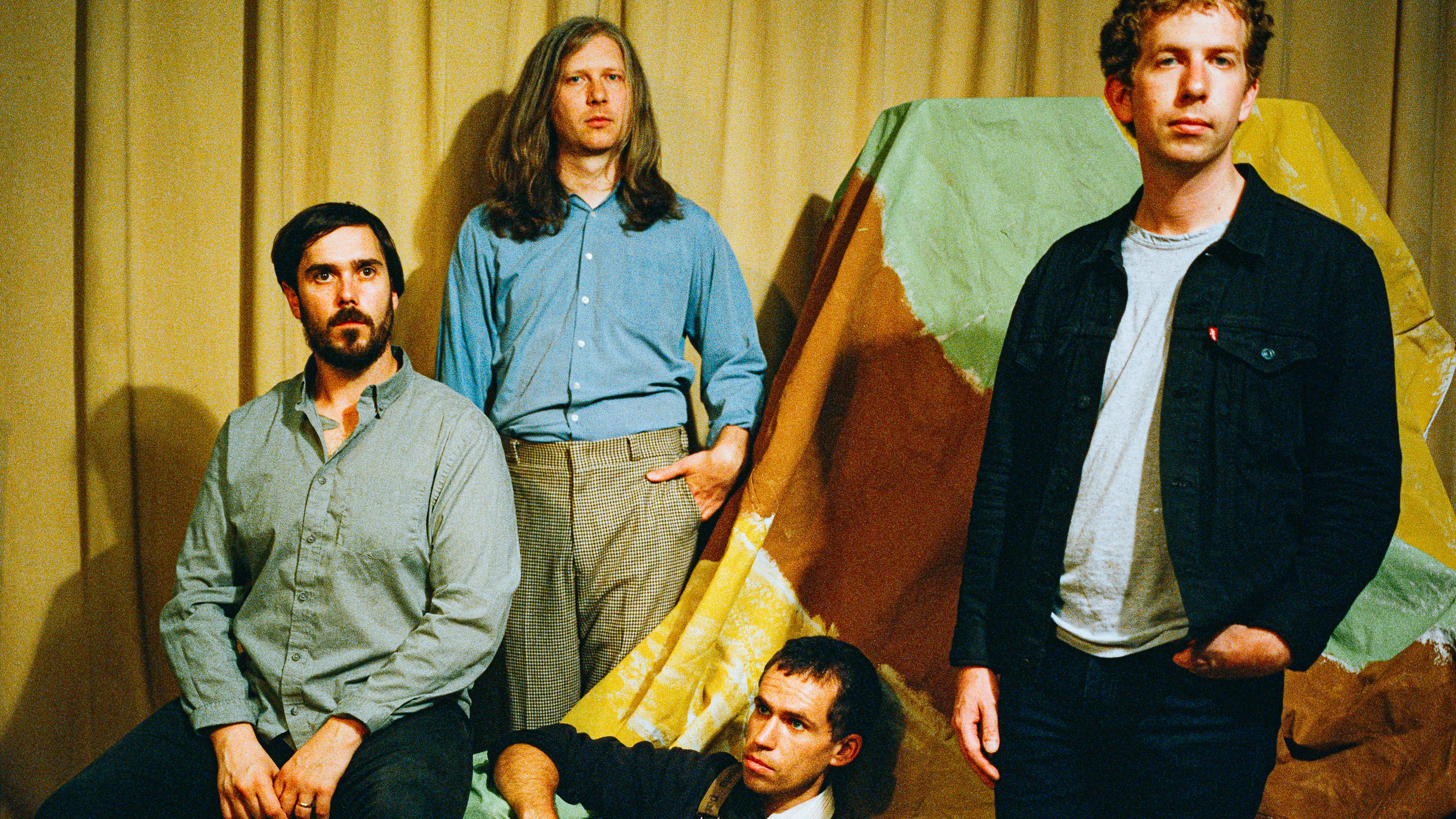 Parquet Courts, whose name is an obscure basketball reference to the type of flooring used in NBA arenas, is an American punk band now hailing from Brooklyn. Their conception began not too far from us here at Texas State in San Marcos. The band was formed in 2009 when lead vocalist Andrew Savage met guitarist Austin Brown while attending The University of North Texas in Denton.

The duo began to make experimental garage rock inspired by other Denton rock bands, like Wax Museums and Marked Men, before going on to inspire the next generation of rock artists with their hypnotizing rhythms, singing guitars, and punk attitude, no matter the style of song.

After college, the band included Max Savage, drummer and younger brother of Andrew, and Sean Yeaton, the bass player in a screamo band before joining Parquet Courts. There is also a lesser-known member of the band, Ricky the Red Ghost, a creation of Andrew Savage’s artistic imagination who appears on the cover of Tally All The Things That You Broke, featuring the alternate spelling of the band Parkay Quarts.

Parquet Courts is a punk band; this does not mean they only make punk rock songs. Even though they have composed what I believe to be some of the best punk songs made in the last 40 years, such as “Donuts Only” off their second studio album Light up Gold, they actually have one of the most diverse, inspired and original discographies I have ever heard, especially from a modern rock band.

Many of my favorite songs are slow and haunting in rhythm, such as “Instant Disassembly” from their album Sunbathing Animal, or even straight-up funk like the song “Zoom Out” from their newest album Sympathy for Life. However, what these lack in pace is made up for in the manner they are presented and performed.

“Calling yourself a punk band doesn’t mean having to adhere to any sort of rigid and stylistic molds,” said Savage in their Parquet Courts HBO rocks special. “Punk has always been, for me and I think in its inception, an attitude that you take towards your art and that you take in life.”

The band’s attitude, not only towards the music they make but to life itself, is what sets Parquet Courts apart. They have said on many occasions it is not the fame, money, or critical acclaim which drives them but rather the satisfaction of making great music and having it loved by your peers and respected by those you respect.

This is reminiscent of the early days of The Velvet Underground, another great American punk band, not particularly by style but by attitude.

Lou Reed and John Cale bear a striking resemblance to Andrew Savage and Austin Brown in their style of play and creative process. Savage and Reed both possess the heart of a poet in the body of a rockstar who always seems to be bursting at the seams with creative passion and flair that is demanding to be heard.

Cale, the violinist, and composer who was able to understand Reed’s ideas and turn them into experimental and beautiful art, reminds me of Brown and his ability to create some of the most innovative, rhythmic, and stylized guitar riffs that match the vision of Savage and the attitude of his voice.

It is even more fitting that Parquet Courts is now taking control of the New York rock scene The Velvet Underground used to dominate.

Parquet Courts also feature one of the most consistently kick-ass rhythm sections in music over the past decade.

Max Savage on the drums is able to draw inspiration from punk, jazz, and 80’s dance music and create a steady and catchy rhythm leading songs in a way not many other drummers have mastered the same way.

As for Yeaton, his basslines astound and impress me every time they release a new album or track. His basslines range from loud, fast rockets propelling the song forward keeping it from ever stopping, like on “Stoned and Starving” and “Homo Sapien,” to slow, airy and imaginative rhythms that make you feel like you’re floating along with the lyrics, such as in “Pulcinella.”

No matter the track, these two do a wonderful job of creating and maintaining the Parquet Courts atmosphere.

Their newest album, Sympathy for Life is accompanied by a visualization of the album, which is just as psychedelic inspired as the album. It is also narrated by NBA legend Bill Walton, yet another basketball reference, who takes you on a spirit quest through the themes of the album.

The film features a variety of styles and mediums, including avant-garde claymation, a talented puppet, and a very sad clown, all of which stylistically fit perfectly in with the song they are paired with. The group continues to evolve and experiment with their sound, creating some of their funkiest and most experimental music to date while relaying the message of psychedelic acceptance through punk inspired by electronic dance music from the 80s.

Parquet Courts music feels like being so in the moment that you forget you are drunk, but you are definitely drunk. It completely captivates you. It’s fast, loud, sometimes distorted, never caring how it is perceived. The band does not let the category of punk music keep them in a box or chained to a style. Rather it eliminates the chains and allows for true artistic freedom, which is what I believe punk music to be.

Be sure to check out Parquet Courts and their new song “Watching Strangers Smile” on KTSW 89.9! 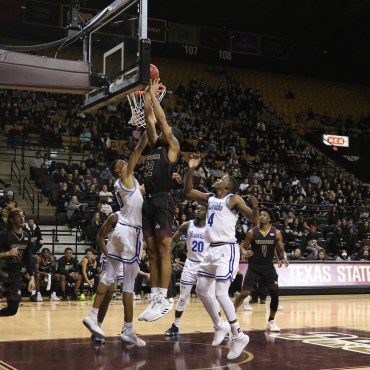 By Justin Brown Sports Reporter Texas State Men's Basketball (13-6 overall, 4-3 Sun Belt) split the Back-to-Back against University of Texas at Arlington Mavericks (9-12 overall, 5-5 Sun Belt) after winning 58-53 Saturday evening at home. This game wasn't like any regular home game for the Bobcats as it was Blackout night in Strahan Arena. A season-high 3,587 fans dressed in black electrified and cheered on the Bobcats resulting in […]