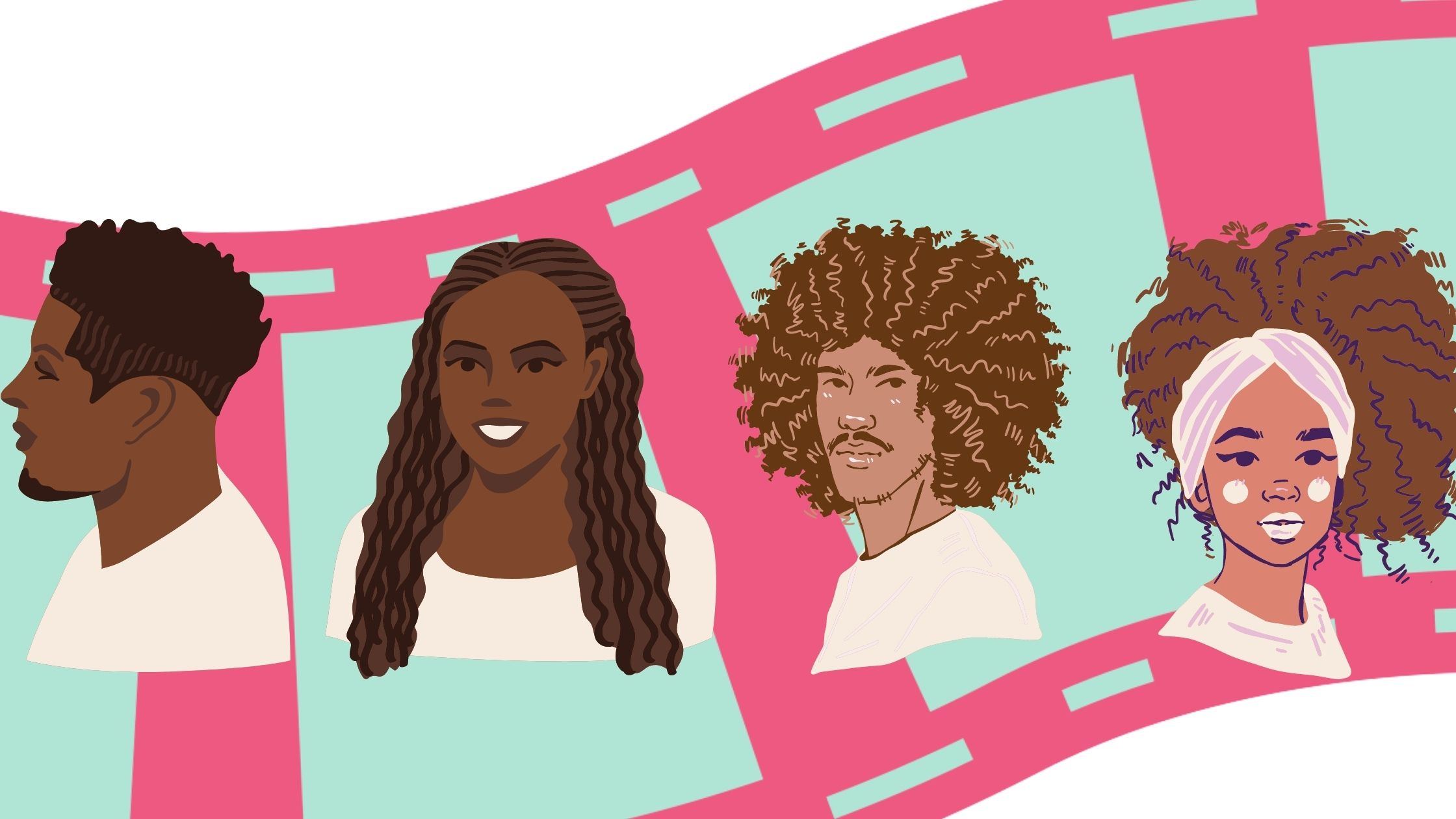 Dating back to the inspirational influences and contributions from Abraham Lincoln and Frederick Douglas alike, February has cemented itself as the month of celebrating and recognizing the triumphs of African Americans throughout history.

Audience members have been able to enjoy moving pictures since 1895. In 1903, “Uncle Tom’s Cabin” was the first film to feature a Black actor. Sidney Poitier, born in 1927, served as a transitional figurehead during his time in Hollywood. He became the first African American to win the Best Actor Oscar in 1964, which would not happen again until 2002 when Denzel Washington won the Academy Award.

Early portrayals of Black Americans were reserved to housekeepers, farmers, butlers and slaves. On various levels, cinema has forever been intertwined with racism. This is shown even today, with Hollywood continuously revisiting harsh stereotypes and dated portrayals of importance with little to no advancement to the plot. Examples of this are tropes with Black characters being shown as criminals, being aggressive by nature, having less education or being used as the best friend who’s only purpose is to support the main character and provide comedic relief.

The 21st century continues to bring much promise and has given many leading roles to African Americans. Countless people have paved the way for this success and become household names, role models and representatives for their culture.

Whether your goal is to watch a film that depicts real-life events or to educate yourself on Black History through a fictional lens, many of these influential people have worked together to create timeless pictures and have shaped the entertainment industry in innovative ways.

The early 2000s is home to classic staples with messages of determination like “The Pursuit of Happyness” or action-packed flicks like the sequel to “Bad Boys.” Eddie Murphy, Ice Cube, Will Smith and Martin Lawrence are a few actors whose entertaining performances gave us many memorable movies.

One way we celebrate triumphs and educate ourselves about the past is through real-life adaptations. For instance, 2013 was a year of honoring and remembrance shown through “42”, starring Chadwick Boseman, about Jackie Robinson who was the first African American to play in Major League Baseball. “12 Years a Slave,” where a free man from New York was taken and sold into slavery, also came out the same year.

Other biopics include chronicles from Dr. Martin Luther King Jr.’s march for voting rights called “Selma” and “Hidden Figures,” the story of three African American women who played vital roles in the early years of NASA.

More recent biopics include a story of a civil rights defense attorney, played by Michael B. Jordan, freeing a wrongfully convicted man called “Just Mercy” and “King Richard,” about the upbringing of Venus and Serena Williams.

The importance of this genre allows viewers to become more knowledgeable about someone’s story that we may or may not have already been familiar with, and to preserve these stories for future generations.

Actor, writer and producer Jordan Peele has created remarkable fiction works in recent years, playing with genre and revitalizing how stories are told. Most notably, his works “Get Out” and “Us” feature Black leads and have received numerous awards.

Arguably the best blockbuster hit for representation within the Black community has been “Black Panther” starring Chadwick Boseman, who became a role model along with the other men and women of Wakanda, with a diverse crew and predominantly Black cast.

Angela Bassett is known for playing powerful women like Coretta Scott King and Rosa Parks. She also starred in “Malcolm X” with Denzel Washington. Other actors who have changed the way that women of color are looked at in the industry include Octavia Spencer and Taraji P. Henson who were featured in “Hidden Figures”. Oprah Winfrey was in Lee Daniels’ “The Butler” and produced “Selma” and Viola Davis won an Academy Award for her role as a loving mother in “Fences” also opposite Denzel Washington.

Unfortunately, there is an abundant disproportion of recognition for women of color in Hollywood. When thinking about these men and women, there is a good chance that your mind goes to well-known actors like Morgan Freeman or Idris Elba among the many previously mentioned. It is important to put the spotlight on more women who have played just as many influential roles yet may not come to mind as often.

Another thing to celebrate is the influx of movies targeted towards a younger demographic that depict a main character of color as the hero, allowing more kids the opportunity to watch a movie and see someone who looks like them.

Miles Morales from “Spider-Man: Into the Spider-Verse” provides more representation for kids of color to see themselves as not only Spider-Man with the mask, but the superhero behind the mask as well. The creation of Tiana in “The Princess and the Frog,” Disney’s first Black princess and animated protagonist, shifted the idea of what a princess should look like.

While accomplished movies on their own, and a step up from side characters like Frozone from “The Incredibles,” these animated films still present their own identifiable issues like limited screen time and having the characters transform into something other than themselves. The character Tiana was only on screen for 40 minutes of the 1 hour and 37 minute run time, 17 minutes of which she was a human and 23 minutes she spent as a frog.

Avoiding past mistakes in animation while also avoiding making a character of color “just because” was important to Kemp Powers, who co-directed Pixar‘s “Soul,” however his vision was not accurately portrayed. Opening with a whimsical off-key take on “When You Wish Upon a Star,” Joe Gardner, a middle school band teacher voiced by Jamie Foxx aspires to become a jazz musician.

Unfortunately, when his goal is finally within reach, he dies. Being the first Black-led animated film created by Pixar, this film had the opportunity to focus on his life and his journey of chasing his dreams. Instead, it centered on his encounters with people of non-color where he ultimately sacrificed his second chance at his dream for his snarky sidekick. Unbeknownst to him at the time, he would still be given another chance at life, where he then decided he would live his life to the fullest.

There have also been live-action family movies like “Akeelah and the Bee” starring Keke Palmer and Laurence Fishburne, that do a wonderful job displaying the problems that Black communities and public-school systems face. “Joyful Noise” starring Palmer and Queen Latifah along with Disney’s “Let It Shine” are other positive movies celebrating music from hip hop to gospel.

In an interview with Variety, Anthony Mackie (who you may know as Falcon from the Marvel Cinematic Universe), voiced his disappointment at Marvel for their lack of a diverse crew. In the seven movies he has been a part of, there was a huge lack of diversity. Only for “Black Panther” was there anyone of color behind the scenes.

These films and actors have created significant contributions for the 21st century, carrying messages of importance in their work on screen and off. While the representation of people of color has drastically improved in the past several decades, there is still much room for improvement which we will hopefully see sooner than later. 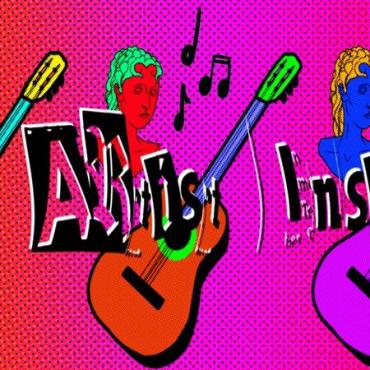 The Artist Insider Ep 3: The Secret Life of Stevi Stevenson

By Steven Phipps Podcast Producer https://soundcloud.com/ktsw89_9/the-artist-insider-ep-3-the-secret-life-of-stevi-stevenson?si=c9962791375947e18c342c4f25115cce&utm_source=clipboard&utm_medium=text&utm_campaign=social_sharing Oh man, it’s good to be back for the third episode of The Artist Insider. In this episode, we feature a splendid creator who goes by Stevi Stevenson. First off, her name sounds like it is straight out of a comic book, so you know this episode will be super. We start by listening to Stevi’s array of stories that led to her getting […]