Penfold Theatre Company (Penfold), in partnership with Texas State University’s Department of Theatre and Dance, has introduced the Arts Leadership Apprenticeship for Spring 2022. Penfold has announced that their first apprentice for Spring 2022 is senior Theatre Performance and Production major Kylie Gutierrez, 22, of Houston, Texas.

The program is for undergraduates in the Department of Theatre and Dance to gain skills and experience to help them establish their future careers.

“During Penfold’s recent strategic planning process, we found there are not many opportunities for young adults transitioning from college to their early professional careers, particularly in the area of arts leadership,” said Penfold Producing Artistic Director, Ryan Crowder, of Austin, Texas, in an article for Broadway World. “With the support of faculty and staff, we are piloting an apprentice program this Spring semester with Texas State University.”

The apprenticeship provides a pathway to the theatre industry through projects, networking, mentorship, portfolio building, and more as the assistant to the Producing Artistic Director.

“This program is the perfect stepping stone between university and working in the industry,” said Gutierrez. “I’m making connections, getting real-world practice, and developing my skills as a theatre entrepreneur.”

After seeing the internship at a Performance and Production meeting, Guiterrez applied right away. She stated she feels honored to be the very first apprentice in the program.

“I am so grateful they’ve opened up their apprenticeship program at such an important time in my life and career,” said Gutierrez. “It’s such a fantastic program to offer to university seniors who are about to break into working in the field!”

Through the internship, an apprentice should expect to work 200 hours with a pay grade at $10/hour. The apprentice can also get six credit hours through TH 4601.

As a apprentice, Gutierrez will get a look at each department in the theatre industry throughout the academic semester as she works on bigger projects.

“I just wrapped up with the Art department which had me involved in things like season planning and budgeting,” said Gutierrez. “Now I’m working on marketing, and I’ll be interviewing the cast and production team of Amadeus for this unit! Next is development after marketing wraps up.”

When talking about the future for Penfold at Texas State University, Gutierrez said the program is perfect for young theatre artists at the start of their career.

“I know I wouldn’t have known where to start or what to do if it wasn’t for Penfold,” said Gutierrez. “This program has empowered me and will surely empower lots of other future artists whose confidence will grow as they are newly getting into the professional theatre world.” 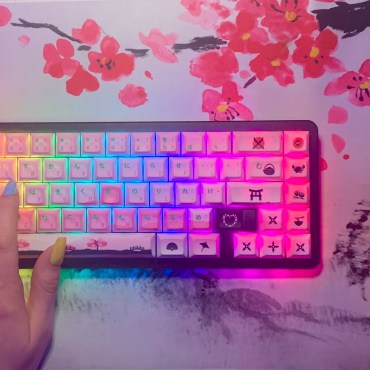 By Hannah Walls Web Content Contributor When I was growing up, my mom’s girlfriend was super into video games and introduced me to multiple platforms at a young age. I always looked forward to waking up early on weekends to play Kirby Air Ride and Super Mario Sunshine on the Gamecube or watching her play Battlefield with friends. This infatuation with video games continued as I got older, and my […]