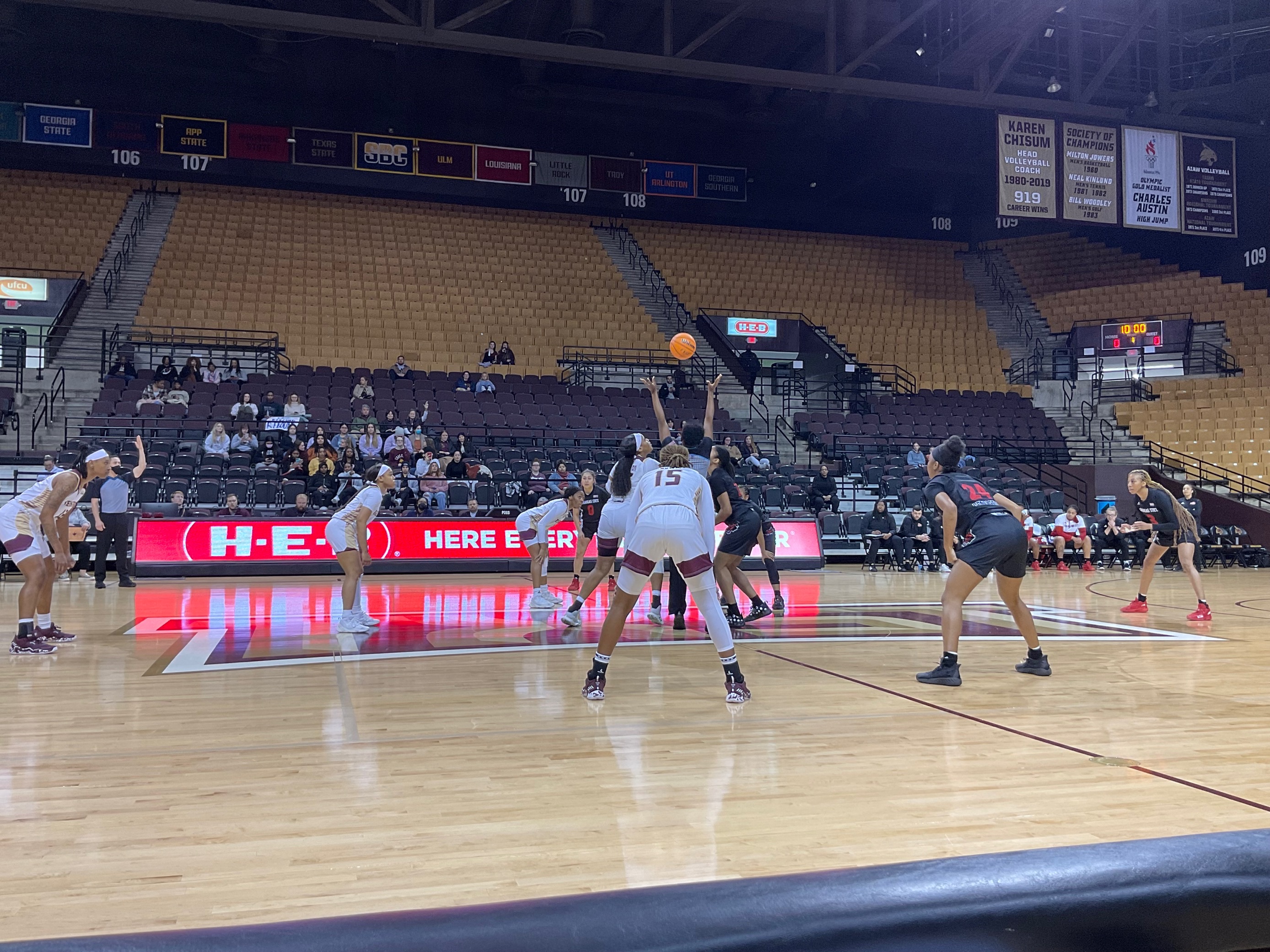 Both teams were looking to get back in the win column as the Red Wolves came off two straight losses to the Little Rock Trojans.

Right from tipoff, the Bobcats were aggressive, forcing three quick steals in the opening three minutes of the first quarter, and got great looks in the paint for a quick six-point lead.

Though the Bobcats started strong, the Red Wolves came back with an impressive 10-15 from the field (66.7%).

With the momentum shifting to the Red Wolves, the Bobcats needed to strike hard in the second quarter. That was not the case, due in part to the incredible scoring performance by junior guard Jireh Washington.

She was unstoppable throughout the first half, scoring fifteen points on 7-8 shots (87.5%) at the break. With her scoring, the Red Wolves were able to gain a one-point lead over the Bobcats, 37-38.

The Bobcats would finally control the second half as they scored a game-high of twenty-eight points in the third quarter. They shot 62.5% from the field and had both their largest lead and best scoring run in the quarter as well.

The third period was all about aggression and execution. The Bobcats controlled the tempo of the game and made purposeful passes that led to good shots. The Bobcats finished the quarter leading by seven points, 65-58.

In the final quarter, the Red Wolves were able to shoot a better percentage making 50% of their shots compared to the Bobcats 31.3% in the fourth. Despite this, the Bobcats were able to hold on to the lead for the remainder of the game.

The one player that made a significant contribution on the scoring end was none other than senior forward Da’Nasia Hood. She had twenty-five points, two assists, seven rebounds and an impressive six steals. She was not alone though.

In the double-digit scoring column, both senior guard Kennedy Taylor, junior Lauryn Thompson, and senior Ja’Kayla Bowie had twelve points, followed by sophomore guard Sierra Dickson’s eleven points. With an excellent team performance in the second half, the Bobcats were able to take the victory.

The next game will be at Strahan Arena for the Bobcats’ “Graduate Day” game against the Little Rock Trojans (14-9 overall, 7-4 Sun Belt). The game will be filled with emotions as for some of these Bobcats; it will be the last home game of their career.

This game will be critical for Sun Belt Conference seeding heading into the conference tournament in Pensacola, Florida.

The Bobcats hope to finish their season with a victory, and you can catch this game on KTSW 89.9 and streaming on ESPN+. 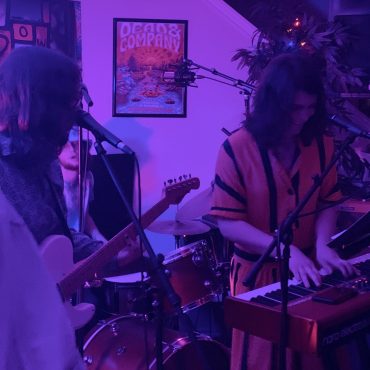 By Hannah Walls Music Journalist This weekend, I had the opportunity to sit down with the local band, Window Shop, a five member group made up of members Leonora Tomlinson, Stephen Douglas, Kevin Schultz, Dallas Anderson, and Aiden Potter. They began performing as a group in August of 2020. Despite forming during the earlier part of the pandemic, the group felt that this actually gave them more time to develop […]