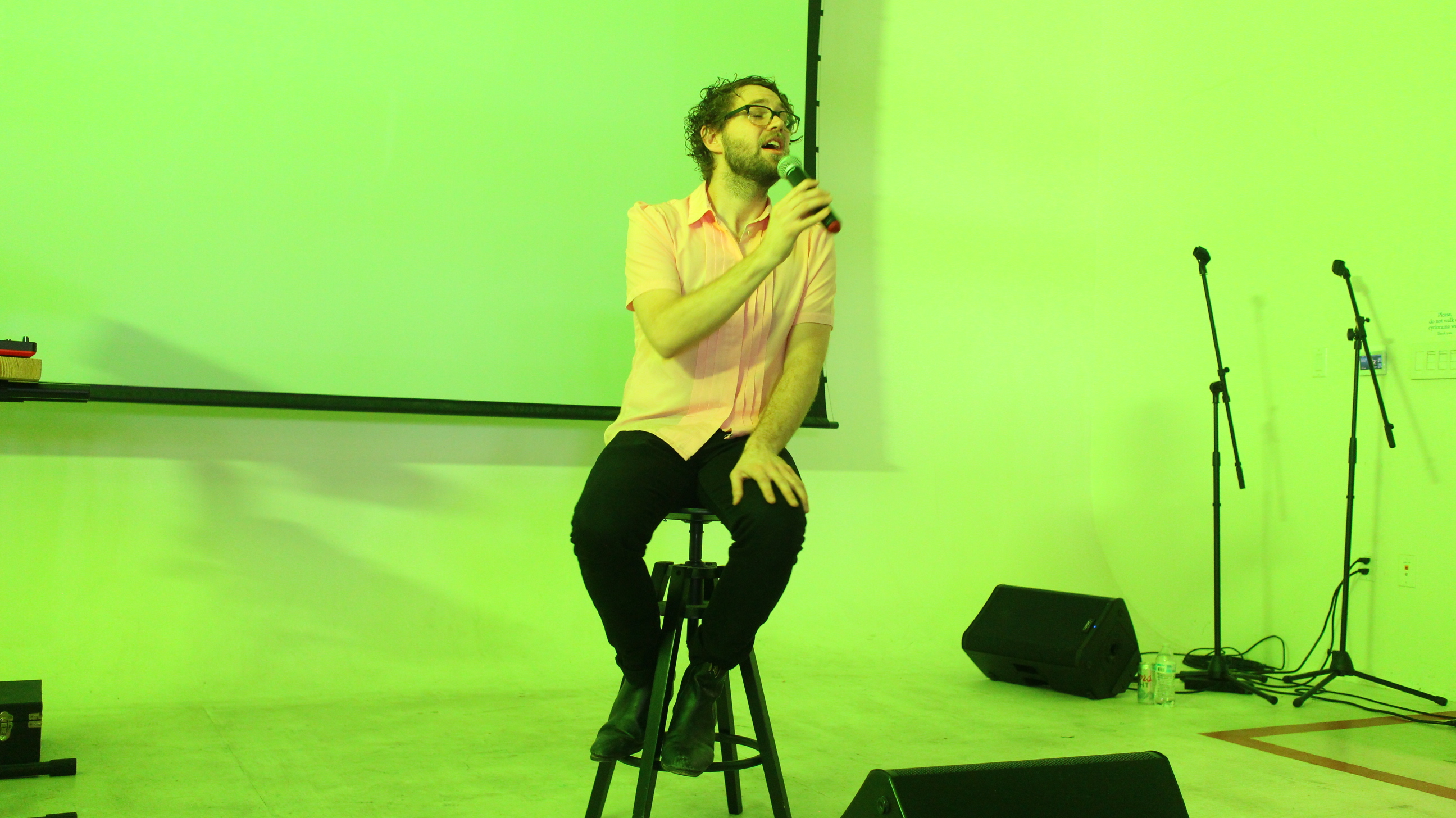 Thursday and Friday at Precision Camera & Film was full of music as they put on the Take a Shot showcase. Canon was lending out cameras so people could come and practice their concert photography skills. Not only was I able to go support local artists but I was able to capture them much better than my iPhone eight could even dream possible.

I was only able to attend this showcase for the second day, and I am so happy I didn’t miss it. The first artist up today was Austin local, Tombus. It was just him and his synthesizer, but he made up for it with his stage presence. Despite there being only a few of us in the room at the beginning of his set, he sang and danced as if it were his headlining tour. He played us some music he has out on streaming services as well as some new songs that are not out like “Near You,” that he wrote about being apart from his girlfriend.

With the ’80s commercial compilation projected behind him, Tombus put on a great show that left us all wanting to dance. He finished his set by telling us he is having a music release show at Swan Dive in Austin, April 30th. If ’80s synth-pop is your thing, Tombus is your guy.

The next artist to play was the only one who wasn’t local to the area. Grunge band, Ciudadanos, from Chile were next to the stage. The four-piece was in Austin for their first year at SXSW as official artists. They began their set with some upbeat rock music that I really took a liking to. They sang in Spanish so I didn’t know what they were saying but I danced along anyway.

The third artist was the reason I knew about this showcase in the first place and her name is Grace Womack. Womack put out her first EP, Yellow Cowboy Hat, last August and let me tell you, it is phenomenal. With the way that she performed today, you would never be able to tell that her first live show ever was only a week ago. She played us some new, unreleased songs like the Fleetwood Mac inspired “When You Come Around,” as well as a cover of Elton John’s “Bennie and the Jets.”

To end her set, she put on her yellow cowboy hat to play the party song with the same name. With her soulful voice and beautiful songwriting, Womack makes music that anyone would love. Catch her next show March 29th at the Ballroom, you will not want to miss it.

Finally, The Tiarras took to the stage. The Tiarras are an Austin-based, all-female, Latina sibling band. The trio played powerful rock music that made everyone excited. They had plenty of loved ones in the audience as well as quite a few photographers grooving along to their music. These girls played with so much passion and you can really see how much they love doing what they do. Despite coming from a week of SXSW shows, they gave us all they had and I had such a fun time listening.

Little shows like this make me feel so lucky to be able to be a part of these local artist’s audiences. This week of shows and today at the Take a Shot showcase has shown me just how much talent comes from our area and how important it is to tune in. 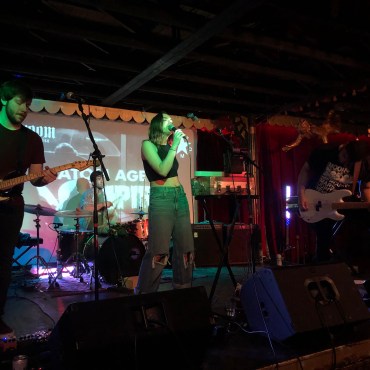 Emo Lives on at SXSW: Texas Emo Club at The Ballroom

By McKenna Wells Local Music Director The showcase that Texas Emo Club put on at the Ballroom at Spider House was hands down the event I was most looking forward to covering for SXSW 2022 and let me say, I was not wrong to do so. As a self-proclaimed emo kid myself, I put on my fishnets and worn-out doc martens and headed to Austin Wednesday morning. The first band […]