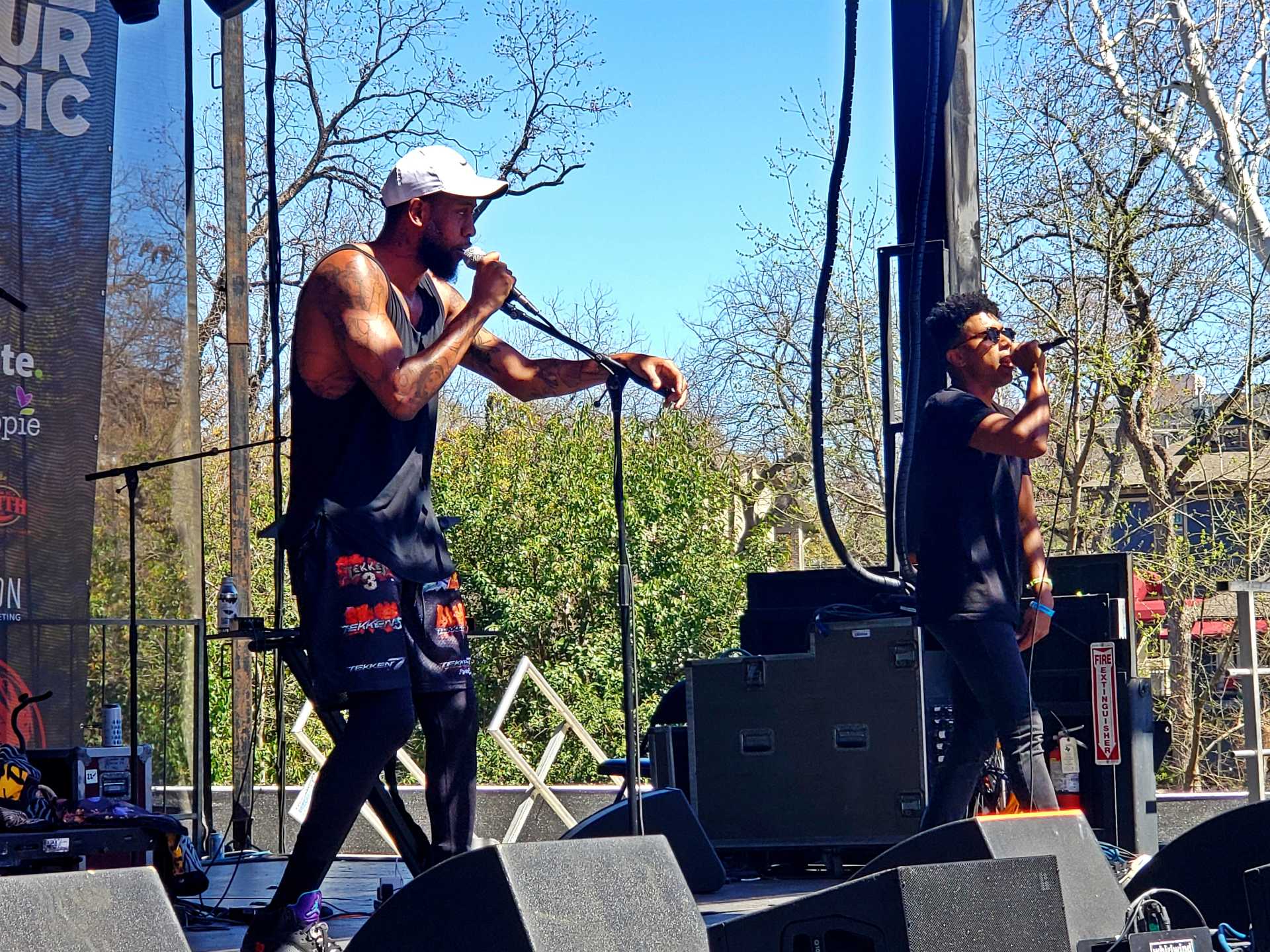 For my first outing at SXSW, I decided to start with an event that featured a local rap group called Blackillac. The live performance was hosted by the Black Fret and GSD&M at their outdoor day party in downtown Austin. Black Fret is a nonprofit organization that promotes popular music and believes it to be an art that should be supported.

They were the second act to come up on stage, and as the stagehands were getting ready for them to perform, I could see the crowd starting to grow more and more. Finally, there was a significant crowd around the front stage and got into the concert as they started with great sound and energy.

With all the crowd involvement, I figured that Blackillac must have been known around Austin; however, they were still unknown to me. So, I decided to look further into the rap duo and see what makes them…them.

Coming out of South Austin, Blackillac is a local rap duo that consists of two members, Zeale and Phranchyze. The group started in late 2018, and in 2019, the group decided to showcase their talents by embarking on their first North American tour.

Blackillac played at festivals around the country like the ACL Music Festival, Summerfest, and Fortress. Since then, the city of Austin has voted them the best local Hip-Hop/Rap group of 2020.

In the short time that Blackillac has been creating and performing music, they have gained the attention of Grammy award winner Gary Clark Jr.

The duo has since been on three tours with him and has opened for him numerous times. Traveling and touring with an act as big as Gary Clark Jr., I think has allowed for them to become more comfortable on stage because Blackillac’s presence shined as they seemed relaxed, energetic, and took control of the stage.

Blackillac’s sound can be described as fun, energetic, party-style rap with an edginess to it. Their performance was great! It lasted about 45 mins to an hour. Blackillac performed a handful of songs, and halfway through their set, the crowd was given a great off-the-top freestyle from both members.

If I had to describe the feeling of the songs that they performed, I would say that they were the type that could be played at a summer outing with your friends, just hanging out and having fun.

The feeling of their music played well with the setup at Black Fret. The food and beverages provided at the venue were great, and I could see people enjoying the music. So far, the group has released a group of singles and an EP entitled “The Green Room” in 2021 since they first began.

Early this year, however, they released a brand-new full-length album called “Blue Indigo,” and it is streaming on Spotify and Apple Music. As spring and summer approach us, if you are seeking great music for get-togethers with friends, cookouts, and days on the water, I recommend checking them out. 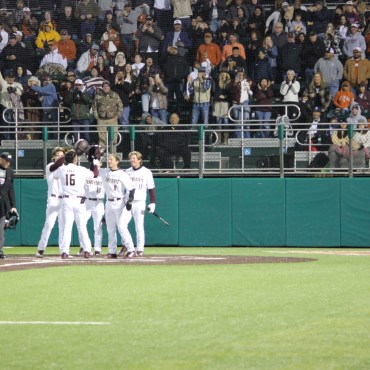 By Kayla Guillory Sports Reporter Texas State Baseball (18-4 overall, 3-0 Sun Belt) will be back in action against the Coastal Carolina Chanticleers (12-7-1 overall, 1-1-1 Sun Belt) for a three-game series starting Friday, March 25th at Bobcat Ballpark in San Marcos at 6 p.m. The baseball team is currently ranked 20th in the nation after getting off to a historic start, which included wins against Arizona and, at the […]