On May 4th, 2021, the Los Angeles Public Library hosted and live-streamed a mini-concert performance by The Linda Lindas. The punk rock band, an all-girl group with band members ranging from 11 to 17 years old, played high-energy tunes about their pet cat, being stuck at home and a character from The Babysitters Club book series.

The Linda Linda’s sound and look are immediately recognizable to anyone familiar with riot grrl, a feminist punk movement originating in the early 1990s. Their music channels the catchy beats of a Le Tigre song while 14-year-old Eloise Wong’s vocals have a snarling bite to them which would feel right at home in a playlist comprised of Bikini Kill and Sleater-Kinney tracks.

Near the end of their show, drummer Mila de la Garza, who was just ten years old at the time of the performance, introduced the last originally written song: “A little while before went into lockdown, a boy in my class came up to me and said that his dad told him to stay away from Chinese people… Eloise and I wrote this song based on that experience.”

What follows is “Racist, Sexist Boy,” a heavy, slow-moving track that is blunt and unapologetic in its anger. Like the feminist punk bands of old, The Linda Lindas make it clear they are not afraid to write songs about the marginalization they experience in their day-to-day lives.

While many songs from the riot grrl renaissance are highly explicit and purposefully try to elicit discomfort in the listener, “Racist, Sexist Boy” remains fun and positive despite the subject matter. Even after many listens, it remains hard not to laugh and nod my head to the beat when insults like “blockhead”, “poser” and “jerkface” are yelled into the microphone.

Despite being torn down by a classmate’s learned bigotry, The Linda Lindas promise to “rebuild what [he] destroys.” The performance of the song went viral on the library’s YouTube page, and the massive influx of attention had The Linda Lindas going from playing intimate punk venues to late night television shows.

Nearly a year later, The Linda Lindas are preparing to release their debut album Growing Up, coming out on April 8th. Guitarist, and Mila’s older sister, Lucia de la Garza says the goal with the album is to “make sure our music has a positive influence, and that we keep bringing attention to what is happening in the world.”

Since their performance of “Racist, Sexist Boy,” the band has moved to the forefront of the modern feminist rock movement. The combination of their youth and heritage has made them a symbol for not just school-age musicians, but established artists as well.

“They’re incredibly talented and adorable and have wonderful things to say,” said Bethany Cosentino of rock duo Best Coast. “They make me feel hopeful. They have an energy that maybe the world will be a better place.”

Featured Image by The Linda Lindas. 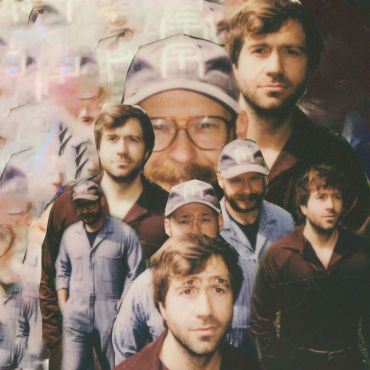 By Sofia Gualy Music Journalist Concerts are finally back after a long and exhausting hiatus. It is now the time to make up for lost time and support your favorite artists as they go on tour safely. Tickets are going fast, so here are the top artists you should spend your concert ticket money on!   Penny and Sparrow This magical duo is finally back performing live. I had the […]