The Sounds and Scandals of “Bridgerton”

This article contains mild spoilers for the second season of “Bridgerton.”

The internet is still buzzing with the premier of “Bridgerton” season two, which premiered on March 25. The show’s first season absolutely blew up on social media for its steamy storylines, high drama and captivating characters.

A widely discussed topic was the music of the show, which featured a mix of true classical hits and modern pop songs reimagined with classical arrangements. Season one featured covers such as Ariana Grande’s, “thank u, next,” and Maroon 5’s, “Girls Like You,” during the first episode’s ball scene. I am honestly obsessed with the soundtrack, so I was excited to see what season two would bring.

While the first season featured mostly pop songs from recent years, the second season had more of an eclectic mix of different decades for the songs that were covered. For example, Nirvana’s, “Stay Away,” paralleled with Anthony’s frantic and fast-paced montage, was featured alongside Rihanna’s, “Diamonds,” as Queen Charlotte selected Edwina from the debutantes as her “diamond” in season one.

In my opinion, Kris Bowers, the composer of the show, did an incredible job with season two particularly. The covers matched up so well with what was happening in the show during their respective scenes, and blended so well with the classical songs. Season one was good, but I really felt like season two took it to the next level in setting the mood and intensity for certain scenes.

Although other shows and movies have done a similar concept with remixing and genre-flipping modern music, I think the “Bridgerton” soundtrack is particularly monumental to me. The show is primarily focused on these wealthy, high-class and high-profile families and characters, so it makes sense they are the groups that would have been listening to the newest music of the time, or the 19th century equivalent of pop music.

The other cool part of this soundtrack is that it really shows how universal music is. The fact that Madonna and Tchaikovsky can exist in the same Bridgerton universe and work so well together in advancing the plot and evoking the intended emotions from the audience is mind-boggling, but to be fair, we all knew Material Girl was a timeless tune.

The fact that the songs are recognizable, but are set against a different time period with different expectations, fashion and mannerisms that are foreign to viewers, almost makes it feel less unfamiliar. I love covers like the ones in Bridgerton, and this particular soundtrack really shows the shared experiences of humanity that are universal regardless of the time period.

Obviously “Bridgerton” is already starkly different from other period pieces and transcends what most people might think of when they think of traditional portrayals of wealthy and attractive debutantes and socialites. The show seems to be made to completely shatter these traditional portrayals on purpose, and remind us that we really can’t envision exactly what life was like at this time. There have always been scandals, gossip and drama, although other historical portrayals may not particularly focus on this fact. The characters of the show would’ve definitely been under high scrutiny and observation as higher-class families, especially during the intense social season that is covered in the show.

“Bridgerton” is pretty unique in its portrayal of 19th-century society, primarily in regards to gender roles, race and sexuality. So although I really never thought I would hear a violin cover of P!nk’s, “What About Us,” much less a cover that actually evoked sadness in me as the original song probably intended, I’m glad “Bridgerton” was able to give me that experience.

To binge the season 2 soundtrack along with me, as well as favorites from season one, check out the official “Bridgerton” playlist on Spotify! 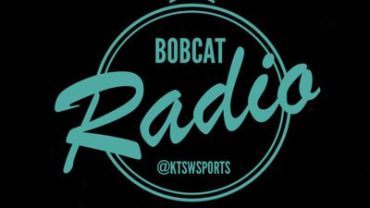