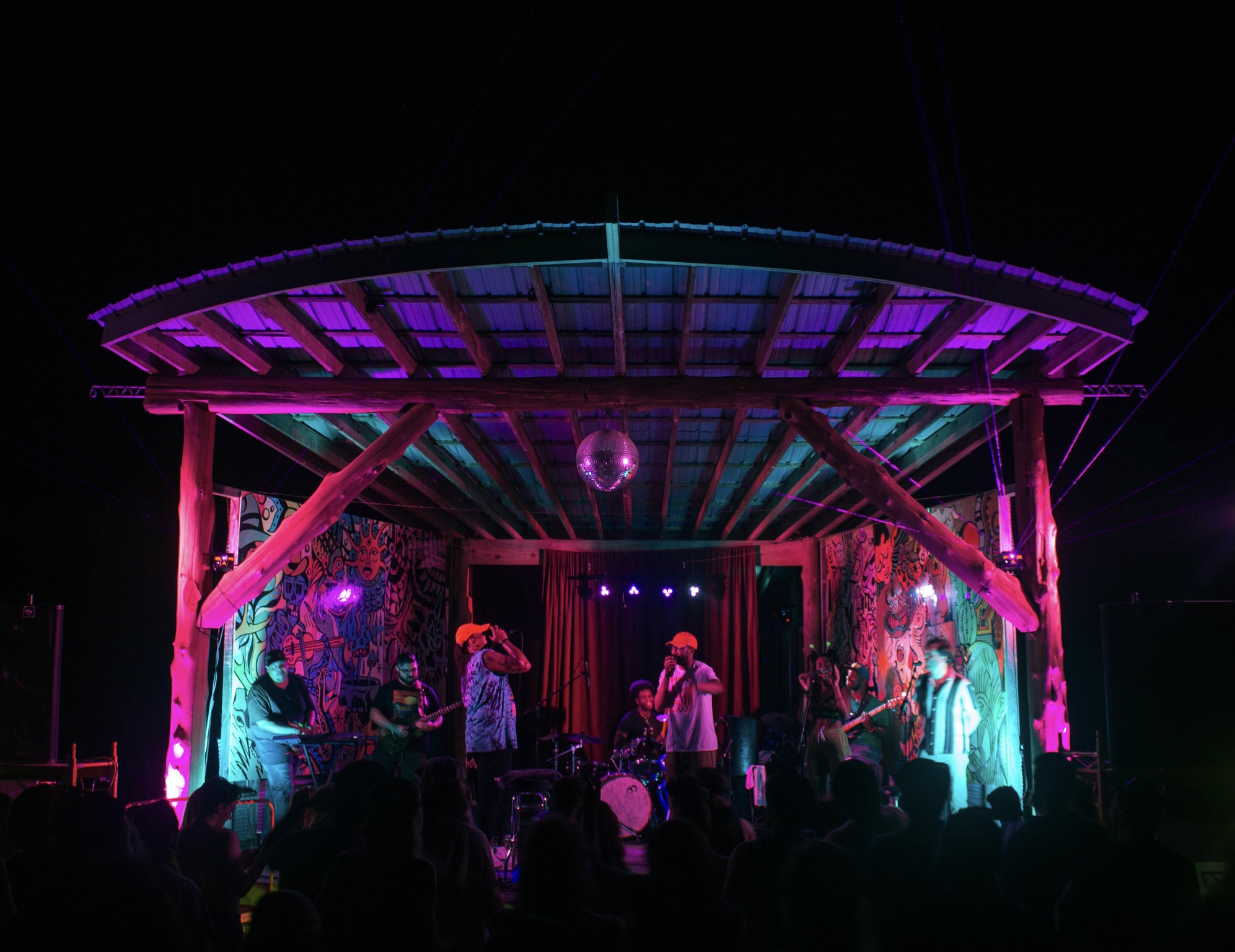 A bubble machine, dry ice smoke, colorful lights, and local music: what more could you want from a music festival?

This weekend, I got the opportunity to attend and be a part of a historical San Marcos event. Martian Arts Festival finally returned after many cancellations due to COVID, and it did not disappoint. I had an unforgettable time experiencing what I could only describe as San Marcos’ alternate universe.

From the moment we walked into the festival area, we were greeted by so many friendly faces. I had the most amazing conversations with artists, musicians, and general festival attendees. Hundreds of people camped at the farm for the weekend, and there were dozens of booths selling clothing, original arts, crystals, and various snacks. It was the most welcoming environment, and the nerves I had about attending an unfamiliar event were immediately replaced by excitement.

The festival was set up with a DJ stage featuring dance music, and the main stage with instrumental, and acoustic bands. We enjoyed the energy of the ravers and loved seeing their creative outfits and light tricks. However, the main stage was where I truly connected to others and got to watch and meet local artists.

One of the first sets we saw was Eli Josef. Although they played early in the day, they were able to engage and energize the heat-stroked crowd. The band mostly played their original songs, which had indie instrumentation with a bit of southern twang. They also did a cover of “Red Moon” from Big Thief’s new album, Dragon New Warm Mountain I Believe In You. Lead singer Eli gave an enlivening performance, keeping us on our toes by running to get a hot dog during one of their songs.

As the sun finally set, “MC2 and The S.O.U.L” took the floor. It was a large group, with 2 rappers, 2 vocalists, a drummer, multiple guitarists, and a keyboardist. It felt like we were watching a live NPR Tiny Desk Concert. Each band member had a moment to shine, and the dynamic performance emphasized their talent and passion.

They immediately interacted with the crowd, initiating calls and responses that fully engaged every audience member. The crowd came together even more during a cover of “Super Rich Kids” by Frank Ocean and Earl Sweatshirt. It was the most groovy, danceable set of the festival.

I have a soft spot for any band with a violin. I have played for 10 years, and I am just in awe of how beautiful an instrument it is and how much it adds to any song. So, as The Deer took their place on the main stage, I saw a violinist and immediately knew their set was going to be memorable.

The Deer have been playing in the area for years. They brought down the energy of the crowd, lulling the audience into awe as we witnessed the gorgeous blend of instruments and vocals. They have a folk sound: think Big Thief meets Fleet Foxes. It was an evocative, emotional performance with lyrics discussing politics, feminism, and living in San Marcos.

One of my favorite moments from the weekend was seeing Blevins’ performance. The band consists of 3 brothers, so their on-stage chemistry was undeniable. The bubble machine was working during their set, which paired perfectly with the intricate synths used in each song.

Most were just instrumental, but they brought the crowd together by playing covers of classic songs, “Take On Me” and “Bennie and the Jets.” The crowd was singing along so loudly that they almost drowned out the sound of the actual band.

Seeing so many local artists, musicians, and visionaries gather to share and appreciate each other’s passions was the most special part of the weekend. San Marcos has such an authentic, nonjudgmental arts community, and I am thankful that I was able to connect and engage with creative, like-minded San Martians 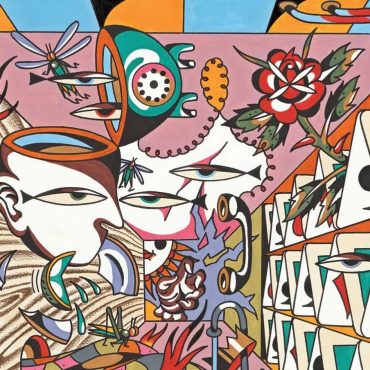 Billy Strings: The Next Greatest Guitarist to Ever Live

By Bandera Barter Music Journalist  What if I told you the greatest guitarist to ever live was alive right now?  I would also say he’s just getting started. The living legend I am referring to is none other than William Lee Apostol, better known by his stage name, Billy Strings. You might also be surprised to hear that in this day and age the greatest guitarist alive would be playing […]