Concert Review: Kid Cudi Takes Us To The Moon 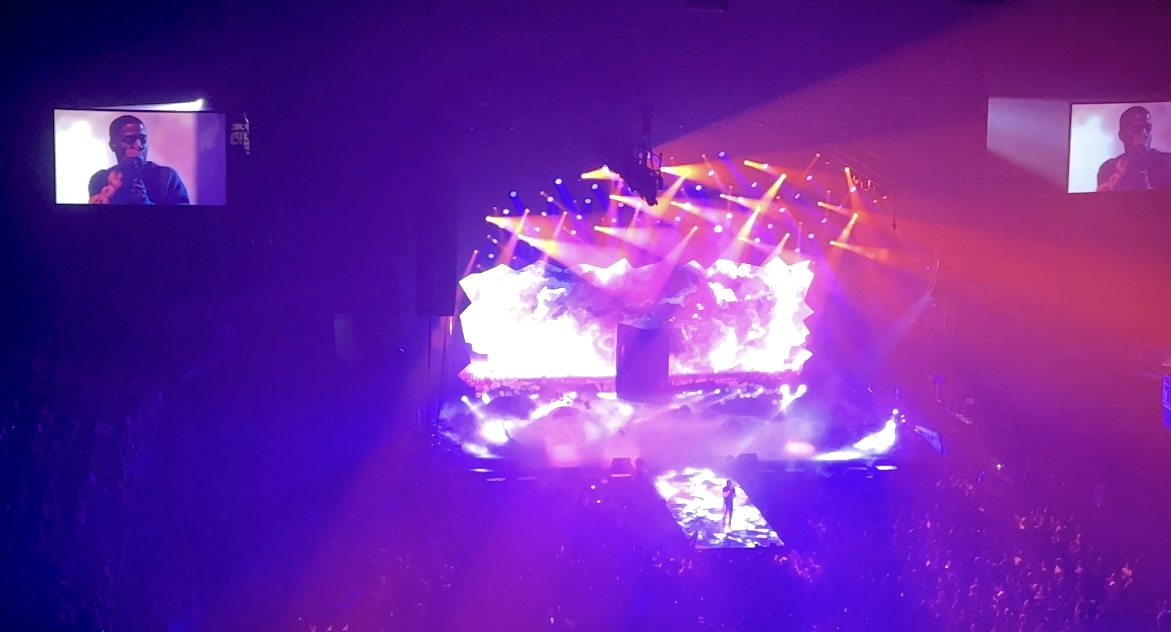 Cleveland-rapper Kid Cudi has crash-landed right here in Austin, Texas for the 10th stop on his 2022 To The Moon World Tour. This will be his fifth concert tour and first-ever arena tour. Aside from his appearance at Austin’s SXSW film premiere earlier this year for his 2022 slasher film, “X,” this will be the first time he has returned to Austin for a concert since 2016. Excitement for this tour was through the roof, as he had been anticipating his Man on the Moon III: The Chosen promotional tour since September of last year.

On December 11, 2020, Cudi released his highly anticipated seventh studio album and final installment to his Man on the Moon trilogy, Man on the Moon III: The Chosen. This album sees him battling his darker alter ego, Mr. Rager, in hopes of restoring happiness and peace within himself. He has been very vocal about his struggles with his mental health throughout the years, much of which can be heard in his music. Many fans are drawn to him because of his raw, vulnerable, and emotional lyricism. He helped open the door for hip-hop and rap artists to be more transparent about dealing with sensitive things like mental health struggles, which also helped to break the stigma around the rap genre and its stereotypical narrative of having to put on a front of acting hard and tough all the time.

This year we have seen Cudi actively working on various projects, such as his upcoming Netflix series and accompanying studio album, both titled Entergalatic, which are set to be released on September 30th. Along with that announcement, he also released a “best-of” compilation album, The Boy Who Flew to the Moon, Vol. 1, which finally saw the official release of the bonus track, “love.”, which had previously been scrapped from being released on his 2014 Satellite Flight: The Journey To Mother Moon album. Another exciting venture was the reissue of his debut mixtape, A Kid Named Cudi, which kickstarted the rapper’s career back in 2008, and finally made the nostalgia-filled project accessible on all digital streaming platforms. This was a great treat for those long-time fans who have been waiting for this mixtape to be officially released for years.

The night’s first opener was rapper Strick. Although born in North Carolina, Strick spent a good portion of his life being raised in Atlanta, Georgia. He is signed to Young Thug’s YSL Records label and Atlantic Records. He even did a collaborative track titled “Moon Man” with Thug and Cudi on Thug’s 2021 Slime Language 2 album. The vibe of Strick was perfect for the show, and he was a very enthusiastic performer who did a great job of hyping up the crowd.

The second opener of the night was New Jersey rapper and singer, 070 Shake. Shake has previously collaborated with Cudi on the track “Ghost Town” off Kanye West’s eighth studio album, Ye. Unlike Strick, her set included a lot more lighting and visual elements, which made her set super fun to witness. She even did a bit where she got the crowd to inhale and exhale at the same time before jumping back into her setlist. She claimed it to be a ritual she does at all her live shows because “it’s rare to get a crowd of people so large to be focused on the same thing at the same time”. I thought that was a really cool thing to do, and I had never experienced doing something like that at a concert before. Her energy was incredible. It was so awesome to see an artist so heavily influenced by Cudi get the opportunity to be an opener for his tour.

The stage setup for Cudi’s performance was intricate and creative. The first thing I noticed was the giant door in the middle of the stage, through which he entered and exited the stage. The floor he walked on had a digital screen that displayed different moving backgrounds, which looked so cool from up above where I was sitting. There were so many cool laser beams that flashed throughout the majority of his setlist, and it made the whole experience feel that much more surreal. He had a bunch of big rock sculptures scattered across the stage with flowers growing out of them, which he would periodically use to sit on during his talking bits in between songs. Fog and smoke effects were also incorporated into the stage setup, and it really elevated the whole “moon landing” vibe that he was going for. Throughout the duration of the show, he would reach down into the audience and autograph anything they wanted him to, things ranging from shirts to vinyl records, posters, and even bare skin. Never in my life have I ever seen a performer be so considerate of their audience.

His setlist included a lot of his most recent jams while also being very generous with the throwback classics. During his performance of “Just What I Am” and “Hyyerr”, he even brought out fellow Cleveland rapper King Chip, who also goes by the stage name Chip Tha Ripper, who is originally featured on both tracks. For the encore, he performed “The Prayer” off of A Kid Named Cudi and my personal favorite, “love.”, off of The Boy Who Flew to the Moon, Vol. 1. Overall, the show was super energetic, and it was so heartwarming to see Cudi having a genuinely great time performing. His mood this tour has been so joyful and it’s been amazing for us fans to be able to see him be so authentically happy when we know how much he’s had to deal with in the past. He made sure to tell us how much he loved Texas on numerous occasions, so hopefully, that means we’ll be seeing more of him in the future down here in the Lone Star State. 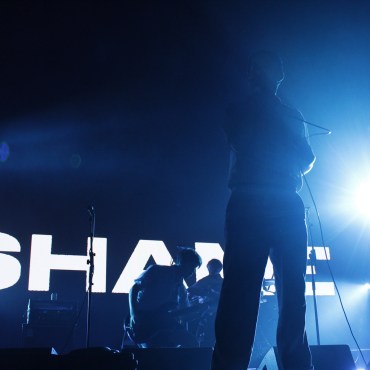 by Ashley Farnie  Assistant Music Director    If you read my latest concert review, you know that I spent my summer studying in Ireland. I took a bus ride from Cork to Waterford to camp at the Curraghmore Estate for the All Together Now festival. I picked up a pop-up tent in the city and headed to the bus station to experience a festival out of my home country.   […]