This week, we have three local bands that are making a big splash in musical creativity, skill and personality. As before, I’ll give you a quick rundown of their genre, members and dissect a song from their latest released EP or CD. I’ll also link you to their social media accounts and inform you on their next show in town. 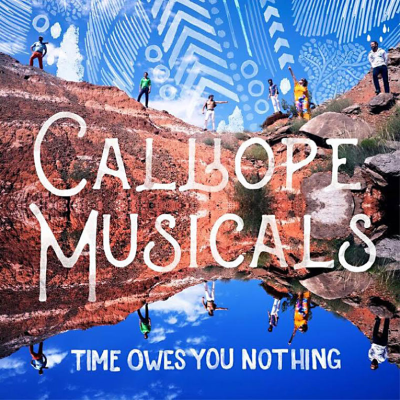 Ever heard of psychedelic party folk? It’s a genre that Calliope Musicals uses to describe themselves, and you will understand exactly why once you witness their turbo-powered performances. From engaging the audience with dramatic synchronized dance routines on stage (while playing their epic songs) to blasting fans with copious amounts of confetti, they bring the party everywhere they go. But don’t take it from me. The Austin Chronicle’s Austin Music Awards awarded them as the best new Austin band last year in March, and they played an official SXSW showcase earlier this year after playing ACL festival last year.

A six-piece from Austin, Texas, Calliope Musicals has grown from a duo between Carrie Fusell and Matt Roth that started in 2009. I met the band for an interview with them earlier this year. They are ecstatic, easy-going individuals with a perpetual sense of humor. Fussell is the lead singer and man, is she a character! She has a powerful voice and sings with crystalline clarity before headbanging without a modicum of reserve.

“Tiny White Moths” is a fast-paced song certain to get you jiving and grooving on the dance floor. They are very eclectic in the mood they make you feel. For example, the last song I mentioned is intense whereas the next song, “Velveteen”, is soft and relaxing. Both are songs are on their recently released album, Time Owes You Nothing. “Swim or Sink” is a masterpiece where Fusell’s soulful and powerful voice builds up relentlessly with increasing sonic strength. Chris Webb’s crisp and moving guitar solo, and Craig Finkelstein’s beautiful melody on vibraphone leads gracefully to the end.

Roth’s appropriate use of the rhythm guitar and back-up vocals add harmonic depth to the band. Josh Bickley plays drums much like Ringo Starr does; that is to say, he doesn’t go all crazy with drum fills but instead plays exactly what must be played to make the group sound as best as they can. Songs like “1604” demonstrate that by his slow pounding to give the song an ancient-ritual sort of feel. Andrew Vizzone is also not one to show off with unpredictable bass lines, he keeps it cool and right on time. They all do back-up vocals and that helps them all feel like it’s their song.

One thing that really distinguishes them from other bands is how inseparably unified they all are. They are each other’s BFFs and this manifests itself in their music and performances.

Recommended if you like: Jefferson Airplane, Fleetwood Mac, The Mamas and Papas or Paul Simon. 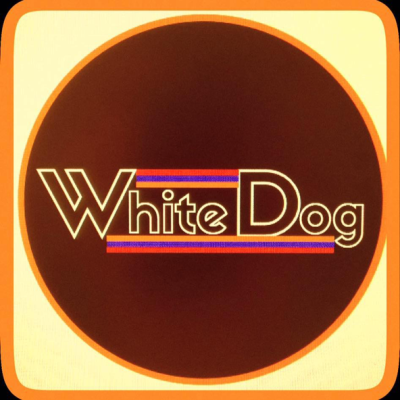 White Dog is a proto-metal and progressive rock band from Austin, Texas, which started in January 2015. The band is composed of Joe Sterling on vocals, Clemento (Clay) De Hoyos on lead guitar, Rex Pape on bass guitar and backing vocals and brothers Carl and John Amoss on lead guitar and drums respectively.

There aren’t many bands today that have lead guitar harmonies but “Verus Cultus” features De Hoyos and Carl Amoss interchanging intricate melodic harmonies while Pape’s fat bass line and John Amoss’s snappy drums hold the rhythm. Suddenly, the song slows down gracefully and sounds somewhat like “Planet Caravan” by Black Sabbath as Sterling sings dark lyrics with an exemplary classic rock vocal style; “Can’t you remember me/The Worm Inside Your Dream/A hive buried deep within/Black flies in the web you spin”. The song then breaks out into a grooving dual harmony solo and speeding up again to the first riff. “Verus Cultus” is latin for “True Believer”, and the song has “some satanic undertones” with lyrics “I’m not alone/ I feel your dark Presence/” and closing words, “Lucifer speaks to you softly/Black breath in your ear” but they state “we leave most of our songs open to interpretation for each individual”.

“Witch Queen” has a classic rock feel and is funky and gritty. This isn’t surprising since they are all influenced by a lot of the more obscure oldies of the 60s and 70s and especially bands that slipped through the cracks of mainstream media and never became as famous as some other contemporaries.

Interesting fact, White Dog is not casting a vote in this election.

“Don’t Know What You Do To Me” is an earworm song with a catchy poppy chorus that will get stuck in your head. It’s about “an unhealthy relationship where you can simultaneously know it’s bad for you or both involved parties but be unable to let go because of those ever-so-high highs you get when you’re with them. You know, relationship stuff.”

Hart is a big fan of the Shins and Mac Demarco, which influences their music. They do some awesome cover songs as well including “Half Full Glass of Wine” by Tame Impala and “Are You Mine” by the Arctic Monkeys.

Fun fact, Harrison has been drumming since he was only 3 years old.