To define Austin-based band White Dog as JUST rock’n’roll feels like a gross understatement. This 5-piece group’s sound has obvious influences in genres ranging from heavy psychedelic to space rock, and from psych rock to proto metal. Claiming to have been “cryogenically frozen” in 1971 by Richard Nixon, the band’s 70s influence is undeniable. This inspiration can be heard on their two-track single, Verus Cultus/Witch Queen. According to their bandcamp, the single was recorded with “the actual Tascam ATR-60 used to record sound for the 1974 American horror film “The Texas Chainsaw Massacre.”

White Dog performing at a past KTSW Third Thursday. Photo by Madison Tyson. 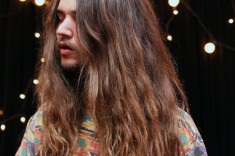 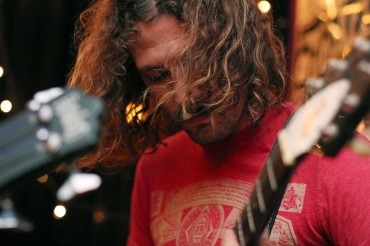 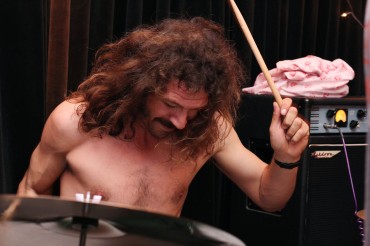 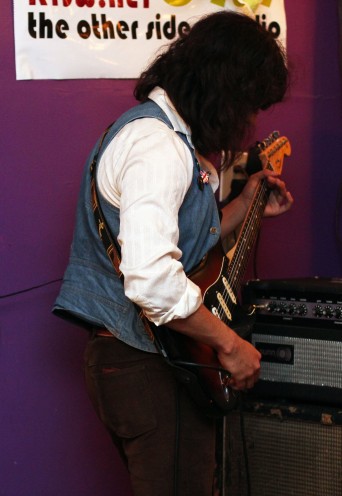 All other images by Madison Tyson.