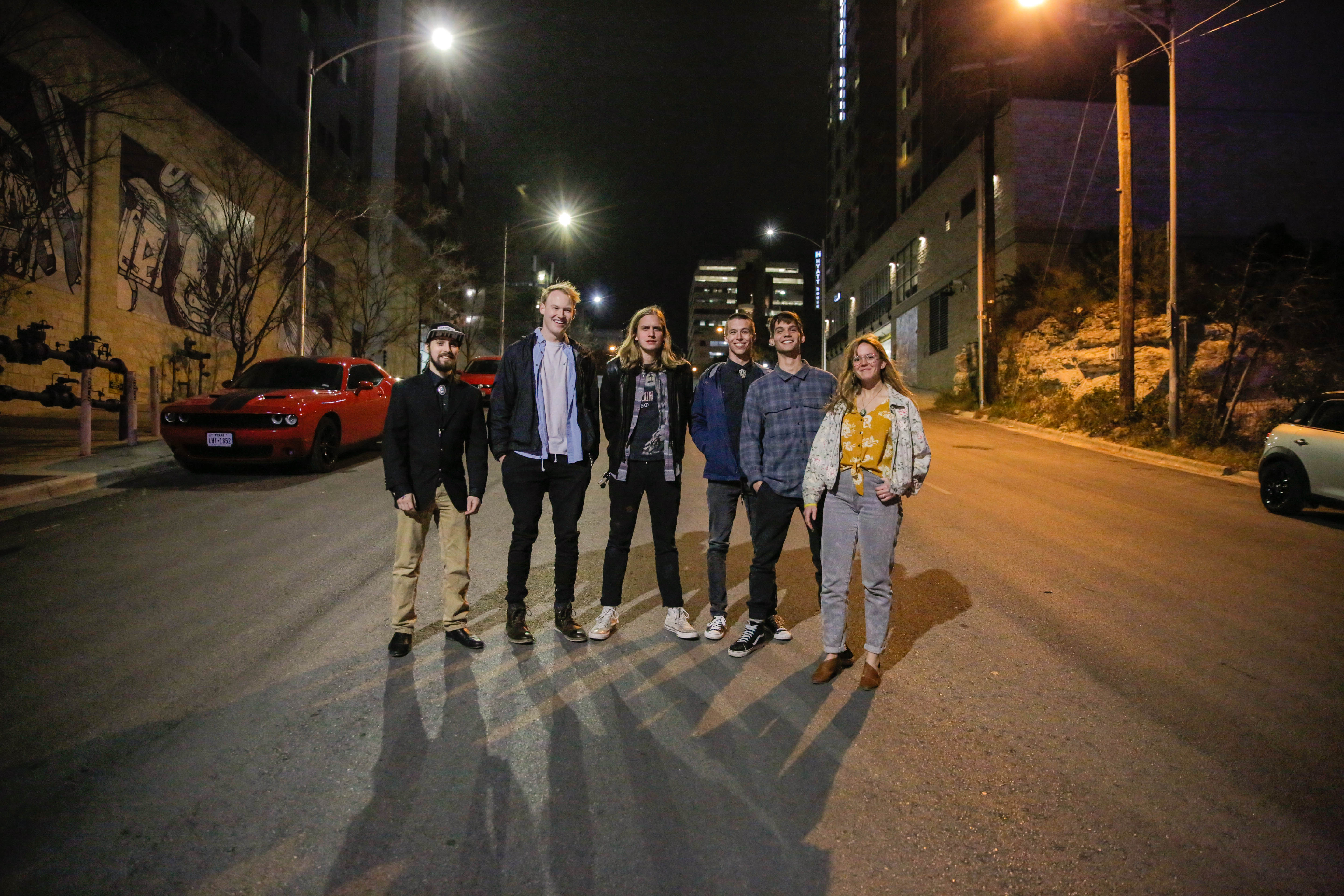 This past Wednesday, I was fortunate enough to attend an incredible show put on by some extremely talented local bands from the San Marcos/Austin area. I must say it was the most exciting Wednesday night I’ve had in a long time. Mohawk is a pretty well-known venue around Austin as they’ve hosted bands like Hippo Campus, Tom Misch, Mac Demarco and The Deer. If you’re going out to Mohawk you are almost guaranteed to experience some of the highest quality music around town. They do a great job of creating a warm and welcoming environment. On the floor of the entrance and above the indoor stage, signs saying “All Are Welcome” can be seen, reminding you that it is A-Okay to be yourself and have a good time.

What followed was a night full of incredible performances featuring a handful of some very unique covers. The Ooey Gooeys took the stage at 10 and as soon as they started their intro tune everyone in the building seemingly filled into the back room with the stage. It felt like a packed house, which was really cool to see people supporting local talent.

Nobody left throughout the entire set as it was like each song got better and better. After their intro tune, they rocked the crowd with one of their new originals, “Growing Pains,” which features some perfectly timed choppy guitar chords along with loud and solid drums. Then they lightened the mood a little bit with a fun cover of “One of These Nights” by the Eagles, one that everyone was able to sing along to. The stand out track of their set was their new single “Sidney,” which starts off quiet and slow but builds up to one the most satisfying climaxes I’ve ever heard in a song. The combined vocals of lead singer, Zach Blue and violist Payton McIntyre are breathtaking as they release some the most passionate and beautiful feelings people can express.

Up next was another classic cover of “Don’t Let Me Down” by The Beatles where again the vocals of Payton McIntyre seemed to capture the entire rooms attention. After that, they mixed up the pace with their original folk tune “My Days Are Fine Again.” This is a fun one where they bring out Max Hien for a one-of-a-kind accordion solo. They had some technical difficulties as Max stepped forward to play his instrument seemed to have broken. Instead of stopping or calling it quits, everyone on stage kept calm and kept the rhythm moving with some improv until Max was able to come back with one of the most ultimate accordion saves of all time. It was also a special night as the OG’s had a special guest on keys, Rex Simmons, from the Rex Simmons Trio. All of these tracks and scenarios made for an unforgettable night of good music shared with great people.

The night didn’t stop or slow down at all after the Ooey Gooeys. They were followed up by Christian Sparks and The Beatnik Bandits, another local band with a more Texas country sound. They continued the theme of covers and started off with “Cleopatra” by The Lumineers. A few tracks later they took on another cover, “Dearly Departed” by an Austin favorite, Shakey Graves.

For a second it felt like I was back at ACL watching the actual Shakey on the Barton Springs stage. The fun covers didn’t stop there as they had one more, one that really hit home for me, “Sedona” by Houndmouth. This one blew me away with the lead singer Christian’s deep, rough (in a good way), and real vocals. It seemed like everyone was uncontrollably dancing and shouting along the lyrics. Hats off to y’all (the Bandits), it was truly amazing. They closed out the night with a heavy banger “Beesting.” This is one of those songs that make you stop and headbang with a mean grin on your face. It was great. It gave the feeling of “hell yeah, we just did that.”

This was one of those really good nights where everything felt right and people were just happy. There were a lot of familiar faces in the crowds and also some new faces, but they all felt equally comfortable with each other. At the end of the night, it felt like no one wanted to leave this magical warm and cozy space that had been created down on Red River Street in Austin. It’s so easy to get caught up in this crazy world and forget how to be human and how to enjoy every moment, but its nights like these where I’m reminded that life is beautiful and people are good. I might be generalizing but, I believe that we all just want to feel included and content with the moment and that’s exactly what these bands and this crowd was able to create and share. It’s a beautiful thing, life that is. 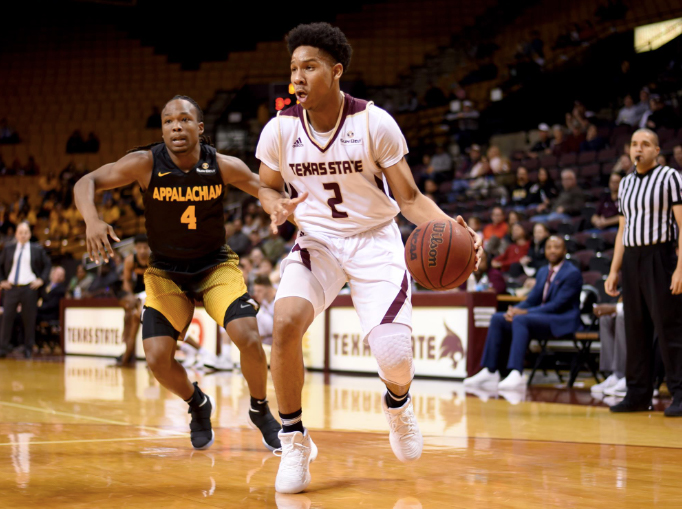 By Joshua Orozco Sports Reporter After a hard-fought split on the road in Georgia, the Texas State Bobcats look to return to their winning ways this Saturday as they face the UT Arlington Mavericks in this year’s “Blackout” game. This season, Texas State has found success at home thus far as they are currently 8-1 while playing inside Strahan Arena. With only 10 games remaining in the Bobcat’s historic 2018-19 […]