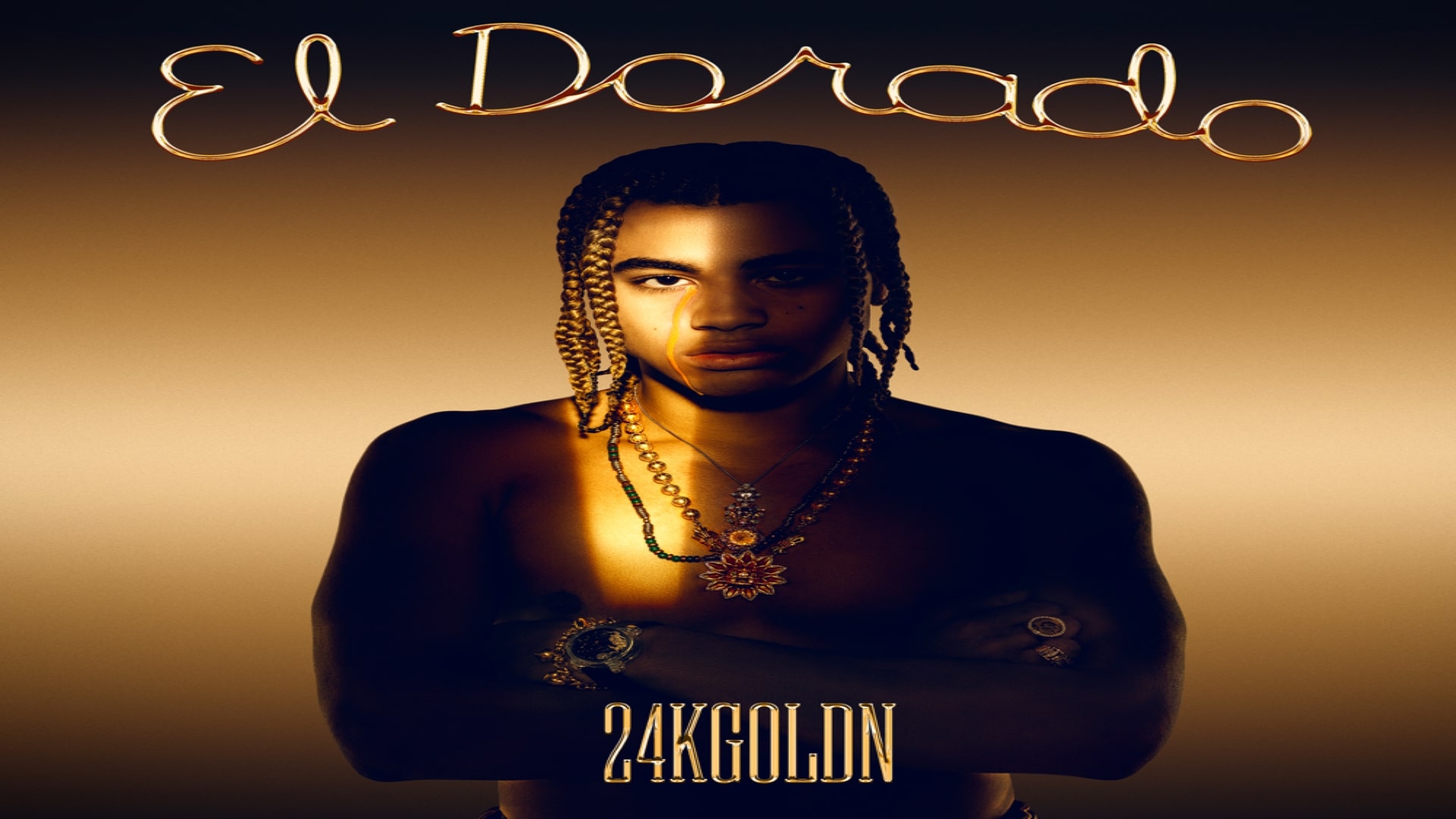 San Francisco native Golden Landis Von Jones, better known as 24kGoldn, has established a solid reputation during his come-up these last couple of years. Jones made waves with his EP Dropped Out of College, featuring hit songs like “City of Angels” and “Valentino.” On March 26, 2021, he released his first full album titled El Dorado. This 13-song album showcases Jones’ versatility and talent by stepping foot in both the rap and pop genres.

At the beginning of March, Jones tweeted “if u forgot that I can really rap my ass off this album gon remind you,” and the first song on the album called “The Top” serves as an excellent reminder. Jones raps to a welcoming piano-driven beat about being at the top of his game, which is a fitting description considering he was only 19 years old when his song “Mood” ft. Iann Dior became number one in the world.

The second song “Company” features the first big artist in the album, Future. The catchy lyrics and guitar instrumental make it hard not to listen to this song on repeat. Jones said that he has been a fan of Future since he was a kid, so it was a huge opportunity to feature him on this song. Future’s verse is also one of the best features he has done in the past few years, which is why this song is probably my favorite song on the album and the one I recommend the most.

The song “Love Or Lust” has more of a 2000s pop vibe, similar to Jones’ hit song “City of Angels.” In the song, Jones sings about love and lust, and how the two can easily be mixed up and misinterpreted. Everyone searches for love, but it can be hard to figure out what’s real and what’s not.

“Outta Pocket” opens with a nice guitar riff, setting the beat for the rest of the song. Jones humanizes himself by showing self-awareness and honesty, saying he knows he can act out and be rude sometimes, but it’s something he can work on to grow as a person.

The fifth song of the album, “Coco,” includes the next big feature from DaBaby. According to an interview with Genius, the chorus of the song originated from a freestyle performed by Jones one day with his friends and a girl named Coco. The song was forgotten about at first until it resurfaced as a Snapchat memory over a year later. I enjoyed DaBaby’s feature in this song because he sometimes receives heat for having the same sound in his songs, but this feature proves that he can switch his flow up easily when he wants to.

“Butterflies” start off sounding like a love song, but the mood begins to shift towards the end. At first, Jones describes getting butterflies in his stomach when he thinks about this girl, focusing on the good times they had. However, things seem to take a turn later as he says he starts to find her annoying, and that he’s “the one that’s supposed to make the hits” but she’s hitting him.

The next song, “Breath Away,” is another song about Jones’ search for love. This mid-tempo and upbeat song features Jones singing about a girl who took his breath away. However, just like the other girls, this one does not seem to work out either. As she first tells him she loves him she then says she’s leaving.

“Yellow Lights” gives off Post Malone vibes as Jones sings about wanting to be straightforward rather than sending mixed messages. The girl who is the subject of the song changes moods from disinterested to overzealous, “playin games” and going “back and forth.” Jones reported to Apple Music that he was proud of “Yellow Lights” because he has never heard any other rappers use the word “dissonance” in a song before.

“3, 2, 1” features a guitar instrumental just like most of the songs on this album, however, this beat has more bass and funk. The song is about a girl who did Jones dirty by lying to him. Jones says there are three sides of the story: his, hers and the truth. The girl told him two lies, that she hates him and loves him. So, he doesn’t know what the truth is, but “one thang’s for sure,” he’s still into her.

The next feature of the album shows up on “Empty,” a song with a sadder emo-rap type beat. This song features the return of Swae Lee, one of the members of Rae Sremmurd. Swae Lee is famous for his contribution to some iconic songs including “Black Beatles,” “No Type,” and “Swang.” Jones included this song in the album because everyone has days where they overthink and feel down, and music is a great way to get through those times.

In the song “Cut It Off,” Jones sings about being in the club with a girl. They are both drinking and having a good time at first, but when he tries to leave, she wants to stay. She plays games with him and he decides to do what is best for himself by cutting him out of the situation and “trying not to think ‘bout the past ‘cause it’s all done.”

Jones describes “Don’t Sleep” as one of his most vulnerable songs. It’s easy to forget that celebrities are people too, and no one should be expected to be perfect. Accompanied by a soothing acoustic beat, Jones wears his heart on his sleeve by opening up and putting some real emotion into this song.

The final song on the album, “Mood,” is Jones’ most popular work to date. The song was originally released as a single featuring the Iann Dior, and it quickly took its place at the top of the charts. “Mood” helped fast-track Jones’s career and secure his place as a promising contender in the music world. It even became the number one most streamed song in the world at one point.

Since his debut in 2017, Jones has quickly risen through the ranks. Last year, Jones became one of the newest members of the XXL Freshman Class after receiving the most votes from fans. His unique music style spans across different genres, and he’s already made a name for himself around the world. At the young age of 20 years old, Jones’s career has only just begun, and we can expect exciting new work from him in the future. 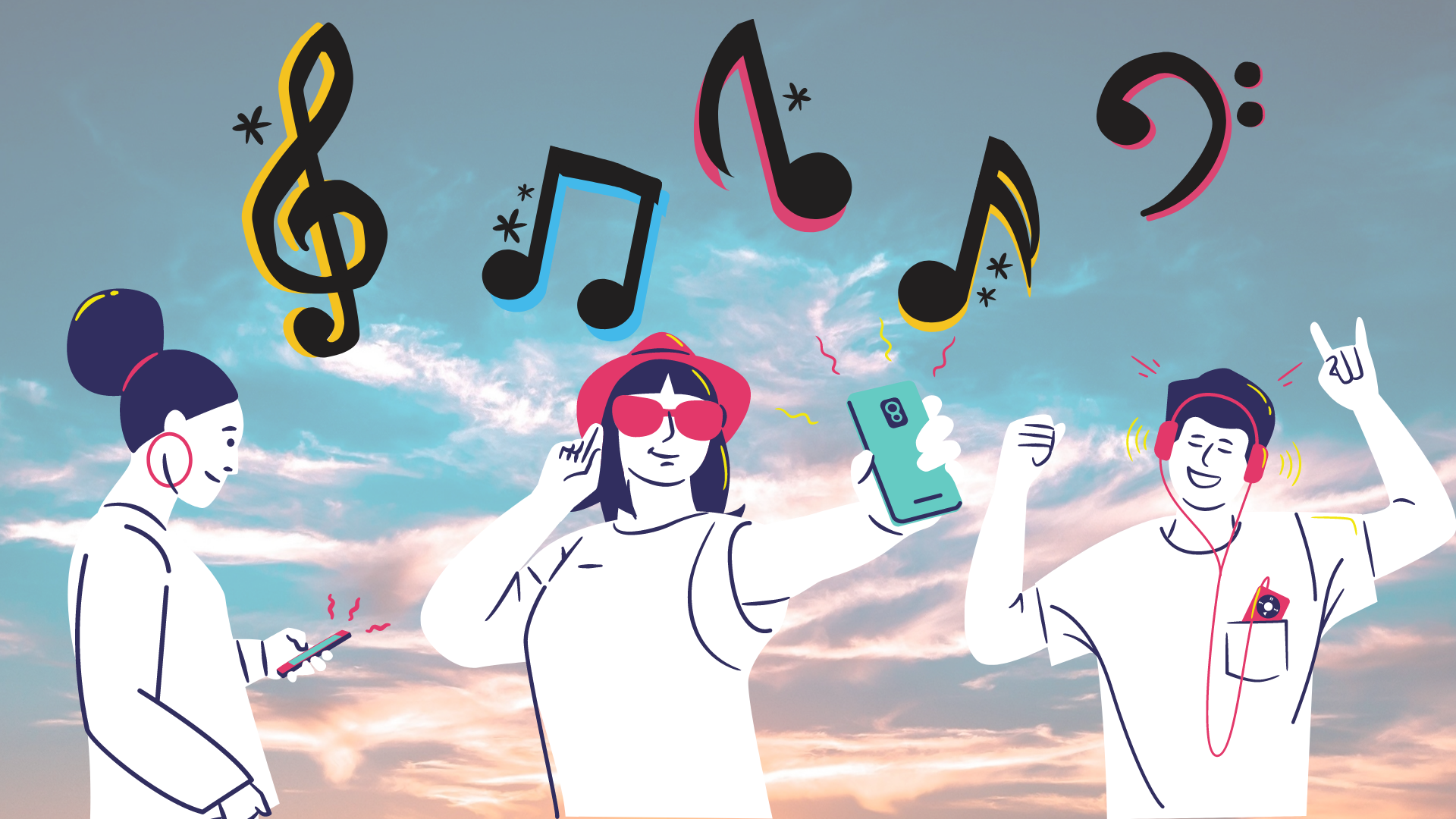 By Jennifer Romero Music Journalist As an avid music tracker and someone obsessed with Spotify’s yearly wrapped, I love being able to recounter what I have been actively listening to. For this purpose I use Last.fm, an app that tells you your top artist, albums and tracks for the past 7, 30, 90, 180 or 365 days. The app also lets you check your “scrobbles,” which records the songs you […]