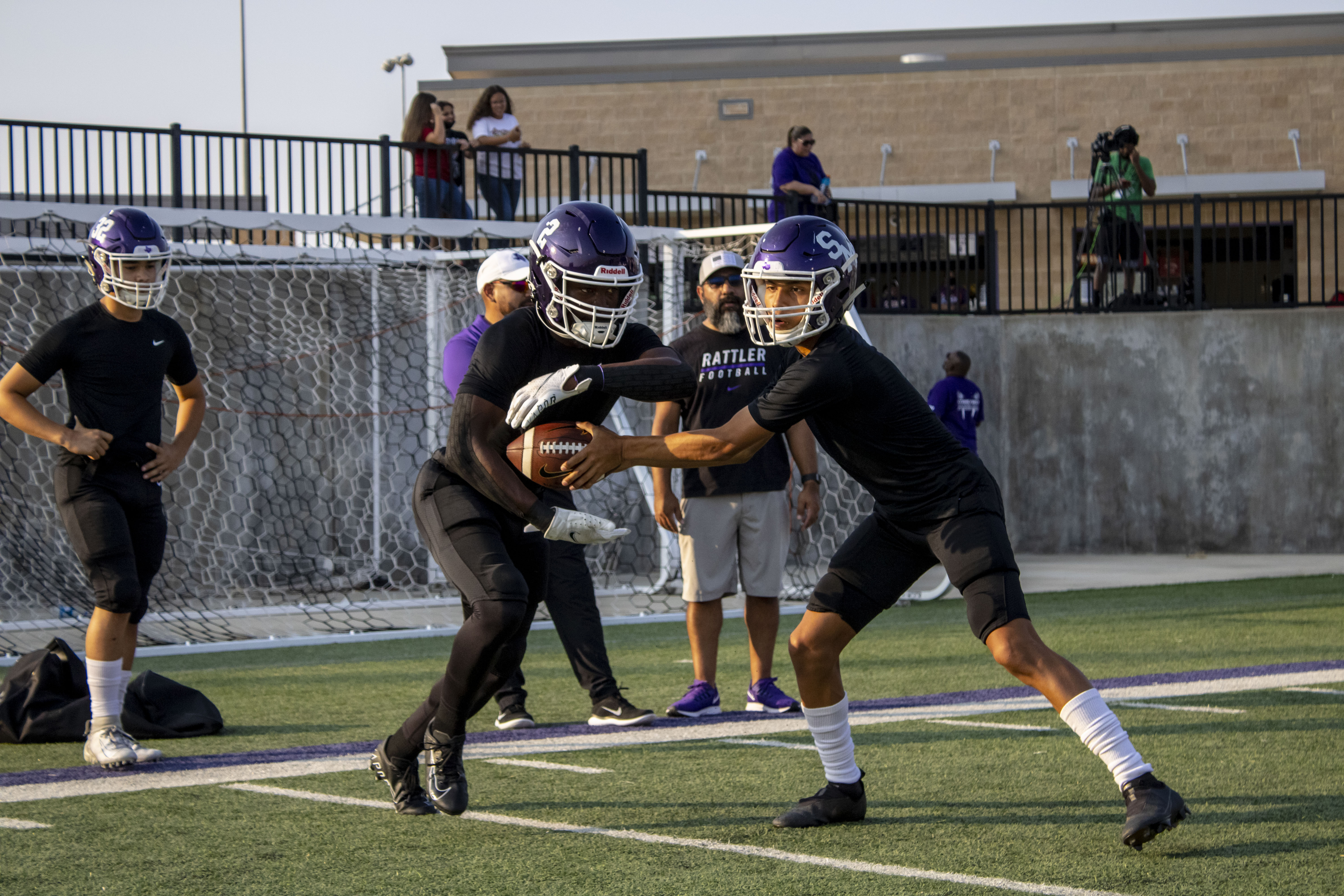 The San Marcos Rattlers came into Friday night’s matchup against East Central with a flurry of injuries to key players. The rattlers were however able to overcome these injury woes and defeat the hornets 28-16 and now improve to 1-2 on the season.

The Rattlers Offense started the first quarter with some sloppy plays, including a safety to put the Hornets up 2-0 early. Along with the barrage of false start penalties, the Rattlers did not make things easy for themselves. However as the game progressed, Coach Walsh decided it was finally time to unveil his secret weapon on this side of the ball.

With Running back Kanui Guidry sidelined, Sophomore Running Back Jadyn Brown decided to summon his inner Derrick Henry with the number of tackles he broke on his way to having three rushing touchdowns and over 200 all-purpose yards.

About 150 of Brown’s rushing yards came in the second half as he became the catalyst for the offense. After Brown set the tempo with his aggressive running style, the Rattlers were able to get some other players involved in the offense on big plays.

Quarterback Isaiah Deleon struggled early but was able to put together some really great drives at the end of the first half and continued in the second half. Deleoen was able to complete some nice passes to Wide Receiver Tony Diaz and Tight End Elijah Pearson.

While the offensive execution was far from perfect, Head Coach for the Rattlers John Walsh was able to find a way to get the most of his guys and now head into district play with a win and some momentum.

East Central entered this game 2-0 and had a point differential of 64-37 in their previous two games. Led by Quarterback Caden Bosanko, the Hornets came into this game with a different approach than the one they used in these wins.

The Rattler defense was able to limit big gains on the option plays and hard running style from the East Central backfield. This forced Coach Joe Hubbard of the Hornets to try throwing the ball, something his team had only done five times in the season so far.

While East Central was able to score two touchdowns in the first half, the Rattler defense returned from the half and shut down East Central to keep their point total at 16 for the night. Coach Walsh’s defense rose to the occasion and played extremely well creating turnovers and causing havoc for the Hornet offense.

As the Rattlers began gaining momentum defensively, East Central’s Caden Bosanko exited the game with an injury. The Rattlers defensive took advantage of the situation and made it difficult for backup Hornet QB Austin Vivier to get anything going.

An overall slow start turned into an impressive win for the Rattler football team but will have plenty to improve on before they start district play against Lake Travis next Friday.

Lake Travis is a perennial state champion contenderm meaning the Rattlers will need the most out of their players and coaches for this home matchup against the cavaliers.

The San Marcos Rattler Football team will take on the Lake Travis Cavaliers at Toyota Rattler Stadium on September 17th, and the game will be broadcast live on KTSW 89.9. 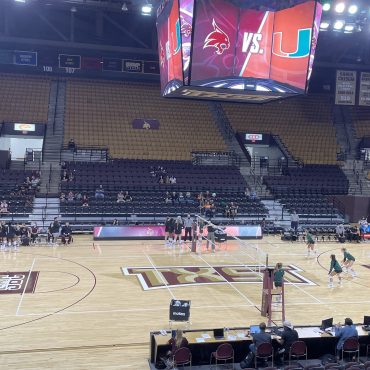 By Joey Gonzales  Sports Reporter Texas State Volleyball has finally returned home after beginning their season with seven straight road matchups. During this time, the Bobcats went 1-6, playing a handful of the nation's best programs which included #3 Kentucky and #1 Texas. However, on Sept. 10, the Bobcats had their opportunity to welcome both Alabama and Miami to Strahan Arena. Texas State began the day against the Crimson Tide […]