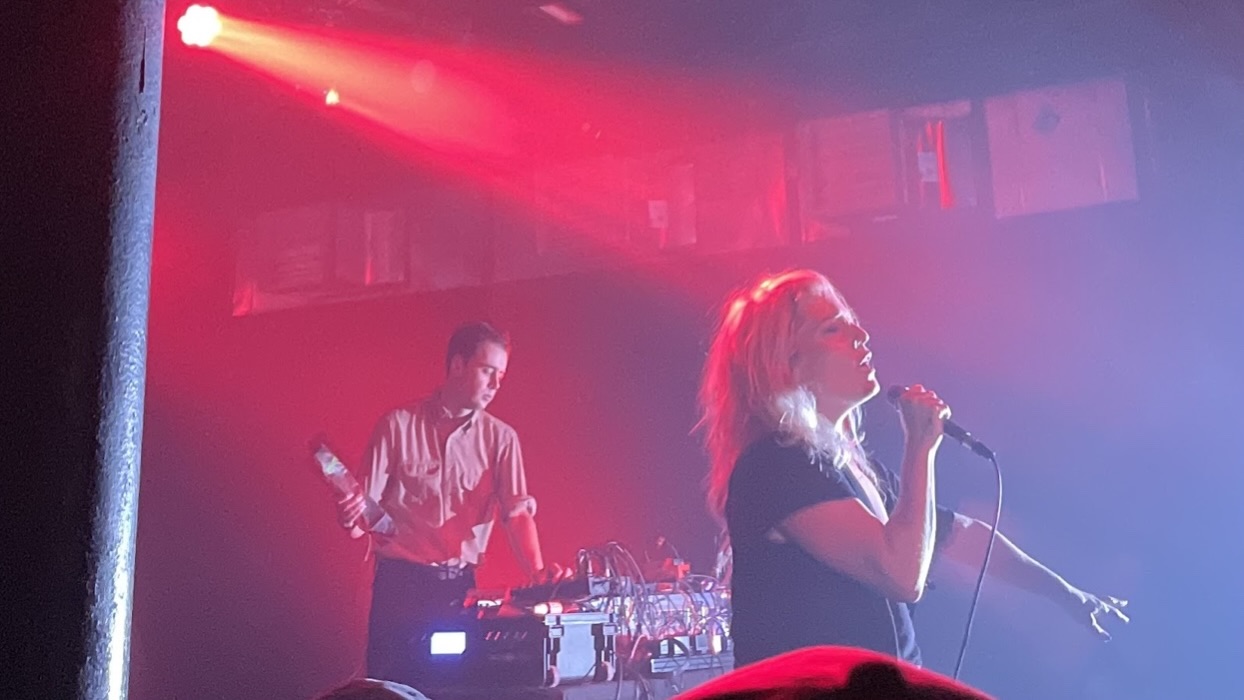 Empire Control Room & Garage had the show split in between two stages: Nation of Language, Drab Majesty and Boy Harsher performed outside on the big stage while Public Practice, Rosegarden Funeral Party and No Joy performed inside.

The VHS static-like visuals drowned them in hues of pink and blue that complimented the silver serenaders’ hypnotic sound. Typically Drab Majesty plays a bigger chunk of their slower tracks, but due to limited set times, they played a more upbeat set with tracks like “Dot in the Sky” and “Oxytocin.”

The audience became denser when Drab Majesty began to play. Fans were shoving their way up to the front while others danced and yelled along to the lyrics.

Although the obscure pair did not say much, DeMure expressed gratitude to the crowd when he said that it was Drab Majesty’s second show back since the pandemic started. They slowed things down to a halt with “Not Just A Name.”

The goth synthpop lovers rose to success with ominous, contemporary dark-wave dance anthems like “Pain” and “Motion.” The creative companions have now revealed the trailer for their upcoming horror short film “The Runner” along with an official soundtrack all produced and curated by Boy Harsher.

The crowd moved like a tidal wave during the whole duration of their set. People collided with each other without a care in the world because the energy coming from Matthews was so infectious.

Blinding flashes of red and green light reflecting off of thick fog made it difficult to see, but it never mattered because the chaos made the experience perfect the way it was.

Matthews’s sultry vocals hauntingly echoed and rippled through the venue as she gracefully floated across the stage while Miller accompanied her in the back, cool and collected.

Matthews commanded the energy of the room with heavy-hitting dance tracks like “Fate” and “Country Girl.” The audience demanded an encore as soon as they were wrapping up, and they delivered two more tracks, including “Pain.” 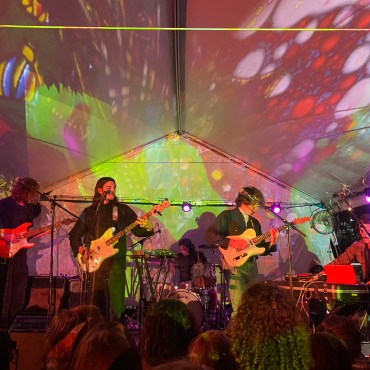 By Stephanie Giannuzzi Music Journalist On Thursday, October 28, Post Animal, a five-member band from Chicago consisting of Dalton Allison on bass and lead vocals, Jake Hirshland on the keyboard, guitar, and backing vocals, Javier Reyes on guitar and lead vocals, Wesley Toledo on drums, and Matt Williams on guitar and backing vocals, played during Levitation Fest in Austin. This concert, in particular, was a one-of-a-kind experience to attend post-covid […]