The Arcs: Yours, Dreamily, Album Review 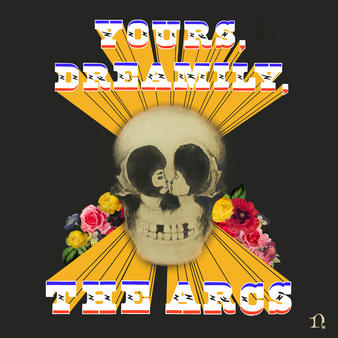 Music has always been a big part of my life, but for some reason, I had never listened to many different genres until high school. The album that changed what I knew about music was Yours, Dreamily, by The Arcs. The album had an interesting cover, so I decided to give it a listen.

Listening to the first track on the album was a strange experience. “Once We Begin” is a combination of carousel music with an analog recording of someone talking. It was something I had not encountered before, but then I was into it. The next song, “Outta My Mind,” was a fast disorientation that brought the album to life. It is full of fast beats and a matching guitar line that sets the pace for the song. I was most captivated by the vocal lines while they were fast as the rest of the song, and there was a backup chorus that gave the song a unique texture.

I had followed The Black Keys before listening to the Arcs, and while I didn’t realize that it was Dan Auerbach on vocals for both bands, I love them both equally.

The album begins to evolve with “Pistol Made of Bones.” One of the most interesting things about the band is that they incorporate a mariachi trio from Flor de Toloache into their music; the trio’s input can be especially heard in “Pistol Made of Bones.” You can hear the trumpet and guitarron exercise their melodies making the song unique, almost emulating spaghetti western music in the best of ways.

“Everything You Do” and “Stay in my Corner” expresses the soul influences on the album. Powerful vocals that resonate with the emotion of the song, and slow but lasting beats define the character of the album. It draws on emotion that connects the listener to the music.

This midway point is important in the album – it is where you begin to realize just who The Arcs are. While there are indie influences, the band is so much more than that. The Arcs are a jazz, indie, mariachi, soulful band that has their own unique sound unlike anything else out there. The guitar in the songs screams indie, but then the mariachi comes in to give a different take on the music. The guitar, which is usually the lead instrument, becomes a supporting role to the soulful melodies of the synth or the defining bridges that the guitarron and trumpet take the lead on.

Most of the songs feel very dreamy and surreal. You can definitely get those feelings on “Nature’s Child.” The band uses various types of synth effects with soft beats. The drums are active on every song, but there is a difference in the kind of active they are. Instead of having loud and punchy drums, The Arcs use soft, rolling, continuous beats.

The other factor that gives the dreamy effect is that Auerbach’s voice has a natural rasp, it works the same as the drums, soft but very alive. Everything is intentional in the band, from Auerbach’s inflection to the voice of the drums.

There are moments where songs come to life and are more expressive, like in “Velvet Ditch.” This is where you can undoubtedly hear some jazz influences. The intro is explosive and alive with the loud guitar and a flute playing, and the drums serve as a vehicle for the saxophone to come in. The elements of a soft beat and vocal set are similar, but the overall feeling of the song is changed with small inflections that create a climax in the vocals with the guitar line emulating the same tone. The difference in “Velvet Ditch” is the drums. While usually, the drummer serves as the timekeeper for the band, it feels like everyone else is trying to catch up to the drums in the band.

The Arcs are the band that made me want to branch out into different and new genres of music. The way that they blend different styles and make their own sound is what initially attracted me. The band only has the single album and a few additional singles, but their music is a staple that will last for years to come. 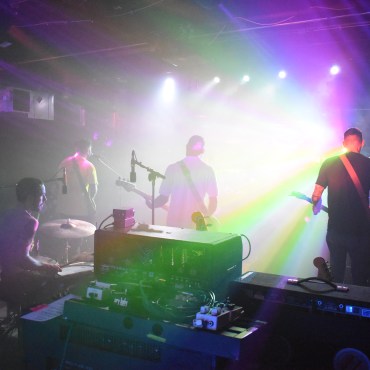 By Jared Dudley Music Journalist After taking a year off in 2020, Levitation Festival returned last weekend with live performances from over 70 bands and artists playing in venues across downtown Austin. Named in honor of Austin’s psychedelic rock pioneers The 13th Floor Elevators, Levitation Fest is a community-focused celebration of the underground, featuring a variety of rock sounds including noise, goth, punk, and metal. The Levitation Kick-off Show took […]