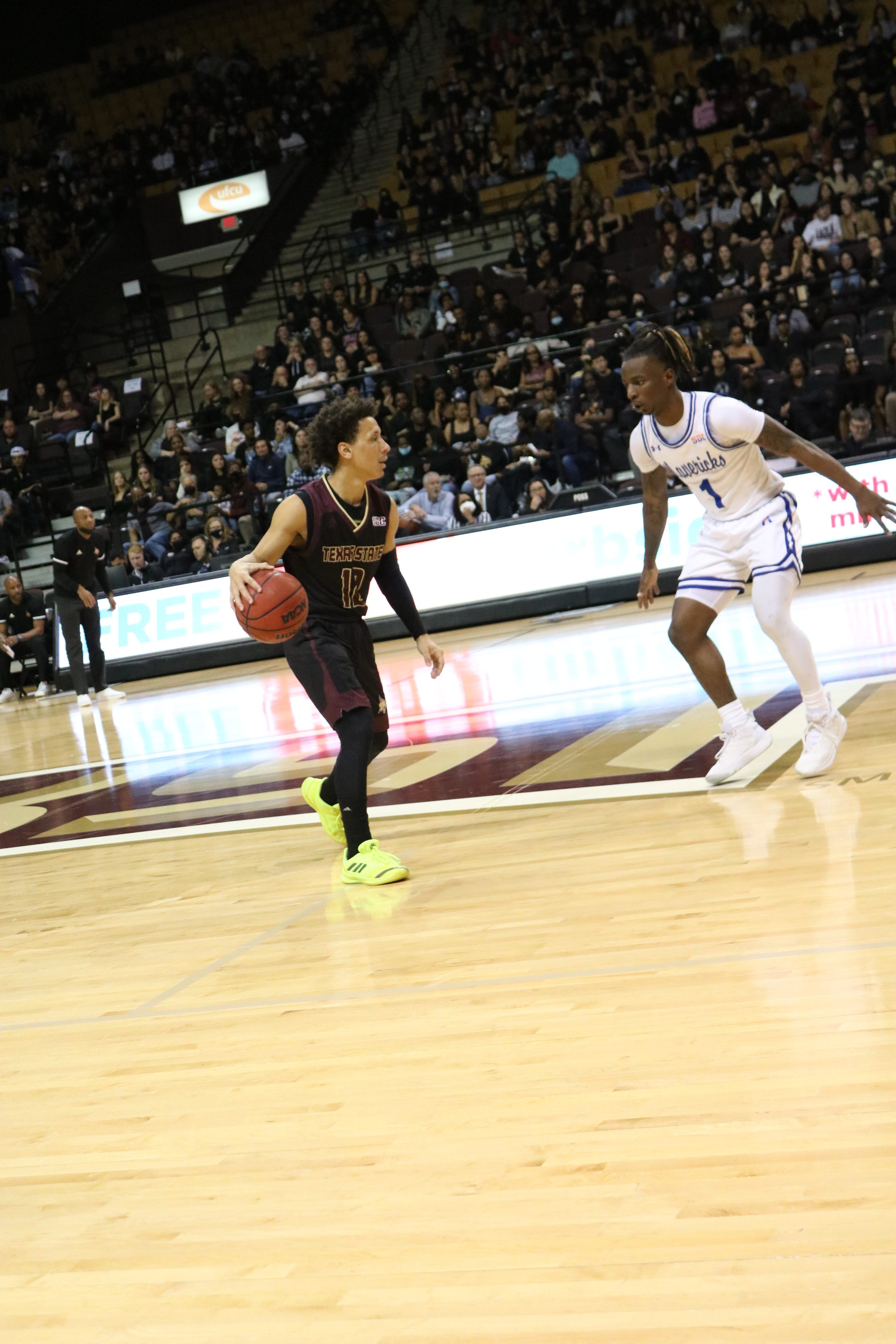 Texas State Men’s Basketball (15-6 overall, 6-3 Sun Belt) continues their winning streak against the Coastal Carolina Chanticleers (11-10 overall, 4-6 Sun Belt) at home Saturday night. The Bobcats’ start to the game was deflating, going down 0-10 in the first five minutes of the first half. Coach Terrence Johnson commented on the slow start saying, “they were punching, we were sparring,” during the postgame press conference.

After the game’s first media timeout, the Bobcats went on an 11-0 run, finally showing some fight and getting the crowd involved. As the game continued during the first half, both teams had answers for each other on both sides of the ball; Forcing turnovers, getting good shots, excellent ball movement, and most importantly, playing physical basketball, leading to a score of 29-29 to end the half.

The story of the second half was starting senior guard Shelby Adams, who scored seven straight points to start the half. He gave the Bobcats a spark on the floor and the bench. Adams spoke to me about his energy in our postgame interview.

“One thing I try to bring into every game is being a great leader… on and off the floor especially on the road. I try to bring high-level energy and leadership.” He’s definitely a leader for these Bobcats, finishing the game with 13 points, four assists, seven rebounds, l steal, and shot an efficient 50% from the field.

The last 10 minutes of the game belonged to Isiah Small. He attacked the rim, drew foul calls, and impacted the defensive end with two blocks. Then in the last 40 seconds, Small sealed the game with a three-pointer giving the Bobcats a 67-61 lead. Small finished the game with 15 points, two assists, nine rebounds, two steals, and two blocked shots.

In the postgame press conference, Small said, “I feed off the energy of the crowd so when they quiet, I’m quiet.” Small gave Strahan Arena an electric performance, and Coach Johnson wants to see more out of him as a player. “He is a mismatch every night,” Coach Johnson said postgame. In a final score of 64-69, the Bobcats plucked the Chanticleers to bring Texas States home record to 10 and 1.

Texas State will hope to continue this winning streak on Thursday, February 10th, 2022, against the Louisiana Ragin Cajuns (10-11 overall, 5-6 Sun Belt) at the Cajundome. Catch the game on KTSW FM 89.9 San Marcos or watch/stream on ESPN Plus. 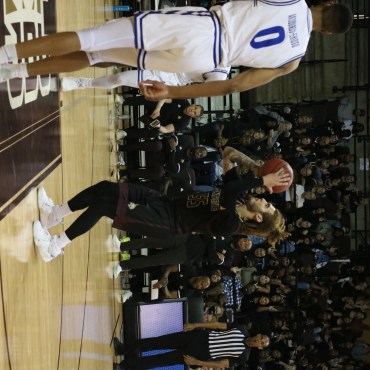 By Franchesca Jennings Sports Reporter Texas State Men's Basketball (14-6 overall, 5-3 Sun Belt) takes the win over the number one ranked Appalachian Mountaineers (14-10 overall, 8-3 Sun Belt) at Strahan Arena Friday night. The Bobcats win over App State is a direct result of "sticking to the game plan," said Head Coach Johnson during the post-game interview. Appalachian had a six-game winning streak until they played Texas State. It's […]