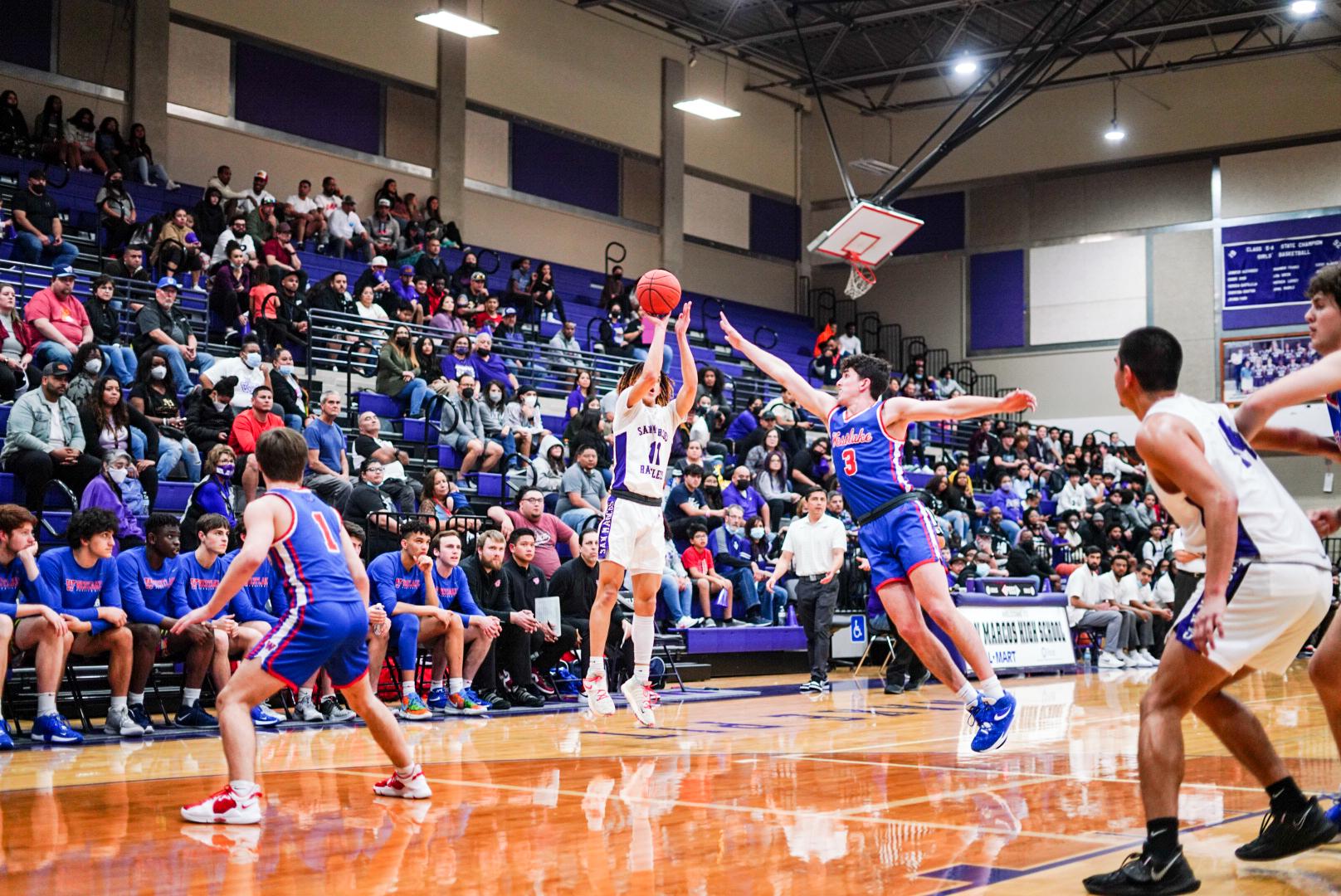 San Marcos and Westlake have already faced off twice this season, both games were won by the Chaparrals. A win over Westlake would have been a huge confidence boost for the Rattlers. Even though both squads had a playoff spot secured coming into the game, they still battled hard looking for a win to gain momentum going into the postseason.

The Chaparrals started off hot in the snake pit, beginning the game with a 7-1 lead. That was until junior point guard Kaden Gumbs sank a three-pointer to get the Rattlers within three points of their opponents.

Throughout the first quarter both teams proved that they could score from deep as they continued to answer each other from beyond the arc. The last basket of the period was made by Senior guard Caleb Williams who put up another three to move the Rattlers into point range of the Chaparrals with a score of 21-22.

The Rattlers entered the second quarter hungry looking to take a lead and they did just that early in. A jump shot from Kaden Gumbs put San Marcos up by two, but a quick score from Westlake would tie the game up again.

Junior forward Isiah Deleon splashed a three-pointer for the Rattlers to add to the many that were already made up to this point, and to also give his team a 28-25 lead with six minutes remaining in the half. The Chapparals turned up their intensity as they went on a 16-6 run, moving the score to 41-31 to end the half.

The Chapparals came out firing after the break, adding another three to the stat sheet, which was the start of a 12-2 run they would go on. The Rattlers were able to get some shots to fall, however they only scored eight points in the third quarter compared to Westlakes 19, putting the score at 39-60.

The fourth quarter moved slow for the Rattlers, as they only added nine more points to the board, while the Chapparals put up 14 more. When San Marcos head coach Dan Miller was asked what practice will look like in preparation for the playoffs he said, “we want to look at what we did good and bring that into the playoffs and we want to look at a few things that we need to improve.”

Both teams will be moving on to playoffs next week. Be sure to tune into KTSW 89.9 San Marcos for coverage on Rattler basketball. 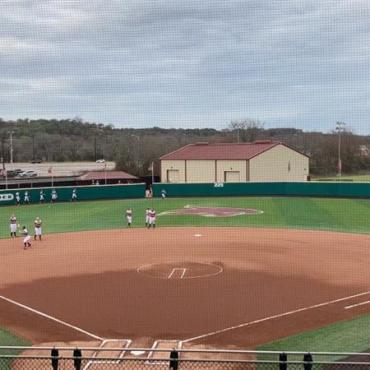 By Ryan Liguez Sports Reporter Texas State Softball is finally back in San Marcos this week. The team is returning home after competing in the New Mexico State University tournament. The Bobcats will be playing their home opener this Thursday at 4 p.m. against the nationally-ranked Oregon Ducks softball team. The Bobcats will be looking to start off their season with a big win over a dominant Oregon Ducks team […]