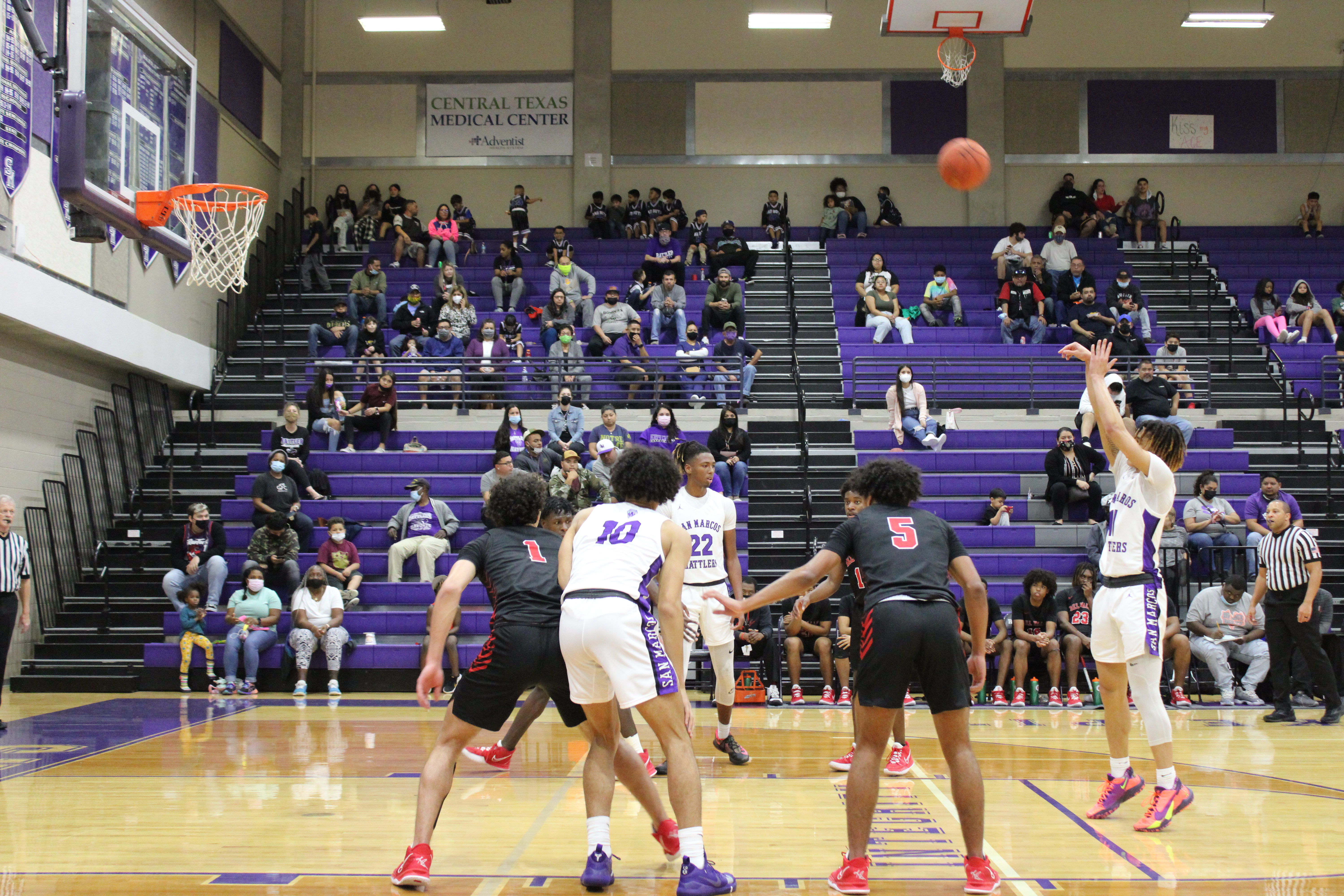 Playoffs are right around the corner for the San Marcos High School Rattlers Boys basketball team (27-9 overall, 10-4 26-6A), ranking third in their district. The Rattlers will face the Round Rock Westwood Warriors (29-5 overall, 11-3 25-6A) in round one today at Austin High School at 7 p.m.
The Rattlers and Warriors are familiar foes, first meeting on Nov. 15 in a down to the wire game that ended with the Rattlers coming out on top 71-69.
The Rattlers have not made a playoff appearance since the 2017-18 season. Their season ended drastically with a loss to the Hendrickson Hawks 85-37 under former Coach Thomas Acker. But since that loss, first-year San Marcos High School Boys Basketball Coach Dan Miller has turned the Rattlers program around alongside the help of Athletic Director John Walsh.
Looking down I-35, Coach Brad Hastings has led the Warriors for 20 years; he spent four years as an assistant before being named head coach in 2006. The Westwood Warriors have had a successful season of their own; having lost only three games in the regular season, the Warriors fell one game short of being district champs, led by 6-foot-4 senior forward Zach Engels, who averaged 16 points & 3 steals for the season. Engles is a Swiss army knife for the team; his talent as a pure scorer allows him to fill any holes for the Warriors. Alongside Engels are seniors Josh Choy and Carson King and juniors Henry Chuo and Gabe Parr. Carson shot 64 percent from the field during the regular season.
On Claws to the Wall, Coach Miller talked about how the Rattlers’ playoff preparation has been going since the beginning of the season.
“We’ve been making sure all year that we are competitive in practice,” Miller said. The defense was a major talking point for Miller when he talked about the intensity that comes with playoffs.
“Defense travels,” Miller said. “I think we lead the Austin area in 6A scoring at 71 points a game, but we have to get stops. You have to lock in. Every defensive possession matters. Every time you’re on defense we need five guys with multiple efforts.”
Junior forward Malik Presley and junior point guard Kaden Gumbs, both in the class of 2023, are two of the Rattler’s top performers.
Miller spoke on the championship standards he’s holding his team to. Arriving early, not making excuses, and being unselfish are some of the standards the Rattlers are practicing.
“It’s an on the court, off the court mentality,” Miller said. “As far as the winning part goes, those championship standards need to carry over so that everything we do in our practice is competitive.” Miller believes his team is prepared to take care of business on the court.
“I think the guys have bought into it,” Miller said. “We have 25 wins, which I think it’s the most we’ve had around here in a while in San Marcos and hopefully we have seven more wins to go.”
The winner of Tuesday’s game will face the New Braunfels Unicorns (20-14 overall, 7-7 27-6A) or the Reagan Rattlers (29-5 overall, 15-1 28-6A) Feb. 24-26, time and location not known yet. Tune into KTSW 89.9 to listen live and support your Rattlers in their first playoff game.
Featured Image by Justin Brown. 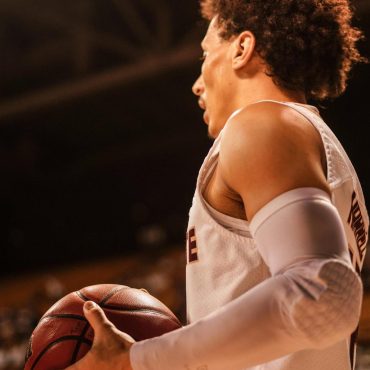 By Kayla Guillory Sports Reporter As conference play begins to wind down, Texas State men’s Basketball (18-6 overall, 9-3 Sun Belt) was able to further their 6-game winning streak with an 87-64 win over the Arkansas State Red Wolves (15-9 overall, 6-6 Sun Belt). After their dominating performance the Bobcats remain in first place in the Sun Belt standings with only three games left in the regular season. The Bobcats […]