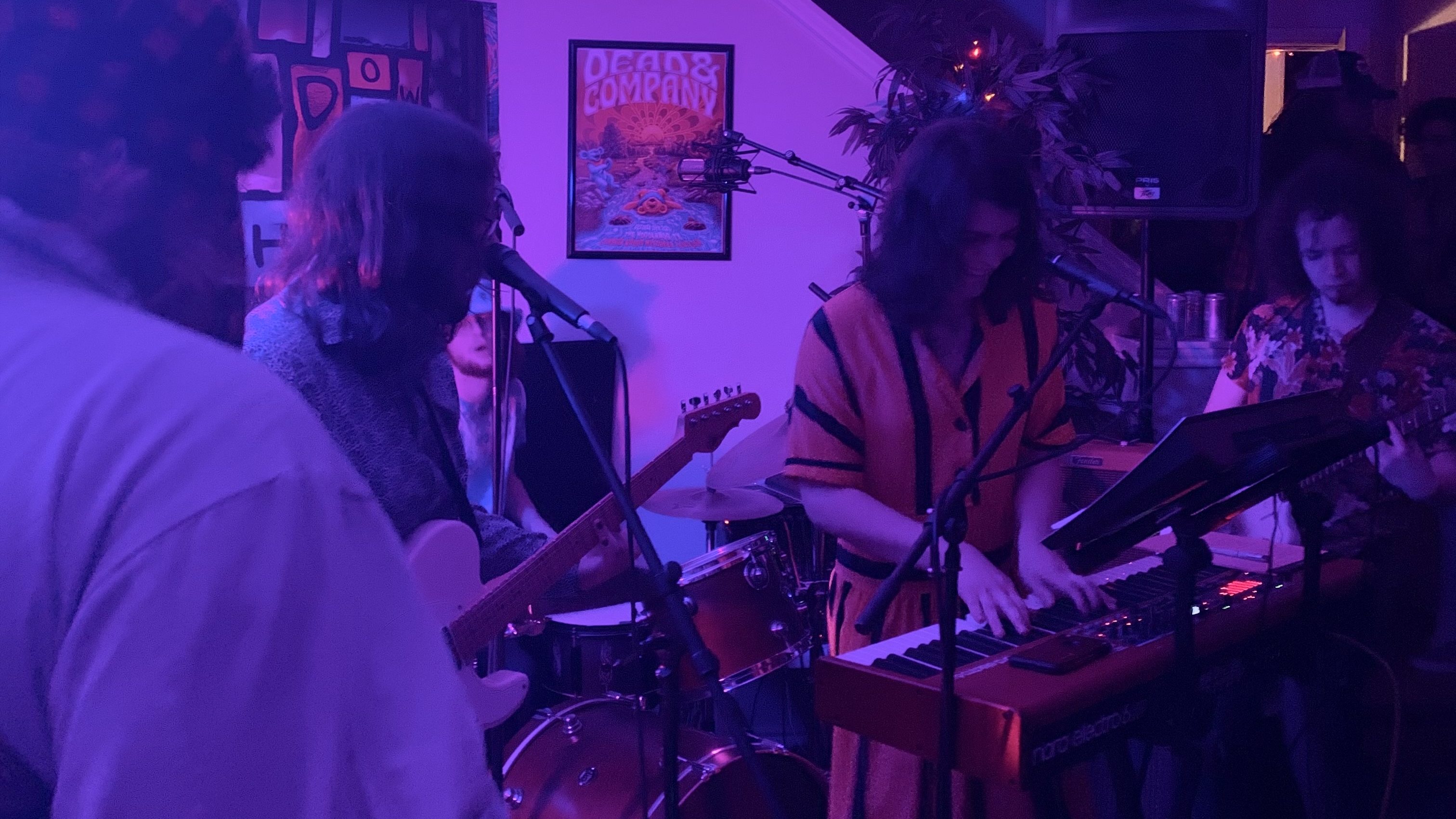 This weekend, I had the opportunity to sit down with the local band, Window Shop, a five member group made up of members Leonora Tomlinson, Stephen Douglas, Kevin Schultz, Dallas Anderson, and Aiden Potter. They began performing as a group in August of 2020.

Despite forming during the earlier part of the pandemic, the group felt that this actually gave them more time to develop their songwriting process and dynamic as a band without the pressure to perform.

“We rehearsed and played as a four-piece for about nine months or something before anybody saw us which helped us a lot, just because we were really solid and had kind of developed a pretty decent chemistry with each other at that point,” said Potter. “Once shows kind of started to happen again, I’d say it seemed like we had a mostly finished product by the time that anybody was ready.”

The group defines themselves as an eclectic mix of jazzy funk-rock and psychedelic rock, and discussed how their diverse backgrounds in music came together to form a unique sound.

“Imagine if Steely Dan and The Grateful Dead had a baby, but then that baby fell in love with bebop,” said Douglas.

Along with Steely Dan and The Grateful Dead, the group named other inspirations for their sound. Anderson likened the group to Queen, while Tomlinson said she looked to Carole King during the process of developing her vocal style.

Despite these influences, the group said they really felt like they had developed a very unique sound that had its own niche in the San Marcos local music scene, but could still be a complement to many other local artists in the area.

“I feel like we found the cracks because of the jazz school here. There’s a lot of cool jazz fusion bands that aren’t necessarily like the big acoustic kind of thing,” said Anderson. “So I feel like we fit in the cracks a little bit to where like yeah it hasn’t happened, but it wouldn’t be crazy to see us on a bill with a few of the fusion jazz bands around here.”

The group also mentioned that it was very rare for an idea to be brought in and not made into something, even a very small part of the song.

Window Shop has a variety of upcoming shows, including Feb. 25th at the Davenport, March 19th at the Shiner Saloon in Austin, and April 15th at the Martian Arts Festival. Details about upcoming shows can be found on their Instagram and Facebook pages.

The group said to look out for new singles and an album that will be out in the next few months. They also mentioned to keep an eye on their social media for an important project they’re working on.

“Most importantly, we are about to be releasing an NPR tiny desk submission video so that’s exciting,” said Potter. “Everybody that wants to go check that out. Go look at our Facebook, you know, our social media which will have it on there very soon.”

I really enjoyed sitting down with this band for an interview and experiencing the show they put on afterwards. Window Shop is currently streaming on Spotify and Apple Music. 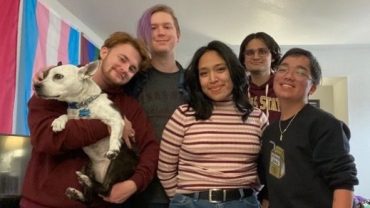 Student Organization of the Month: BobcatPRIDE

By Nadia Gomez Community Relations Director This month, the KTSW Community Relations department has chosen Bobcat PRIDE as the student organization of the month for Feb. This month, I had the pleasure of speaking to Bobcat PRIDE’s President, Avery Wright (he/him). His job as president is to be in charge of everything the organization does and ensure all the officers are taking care of their responsibilities.  “This is my fifth […]