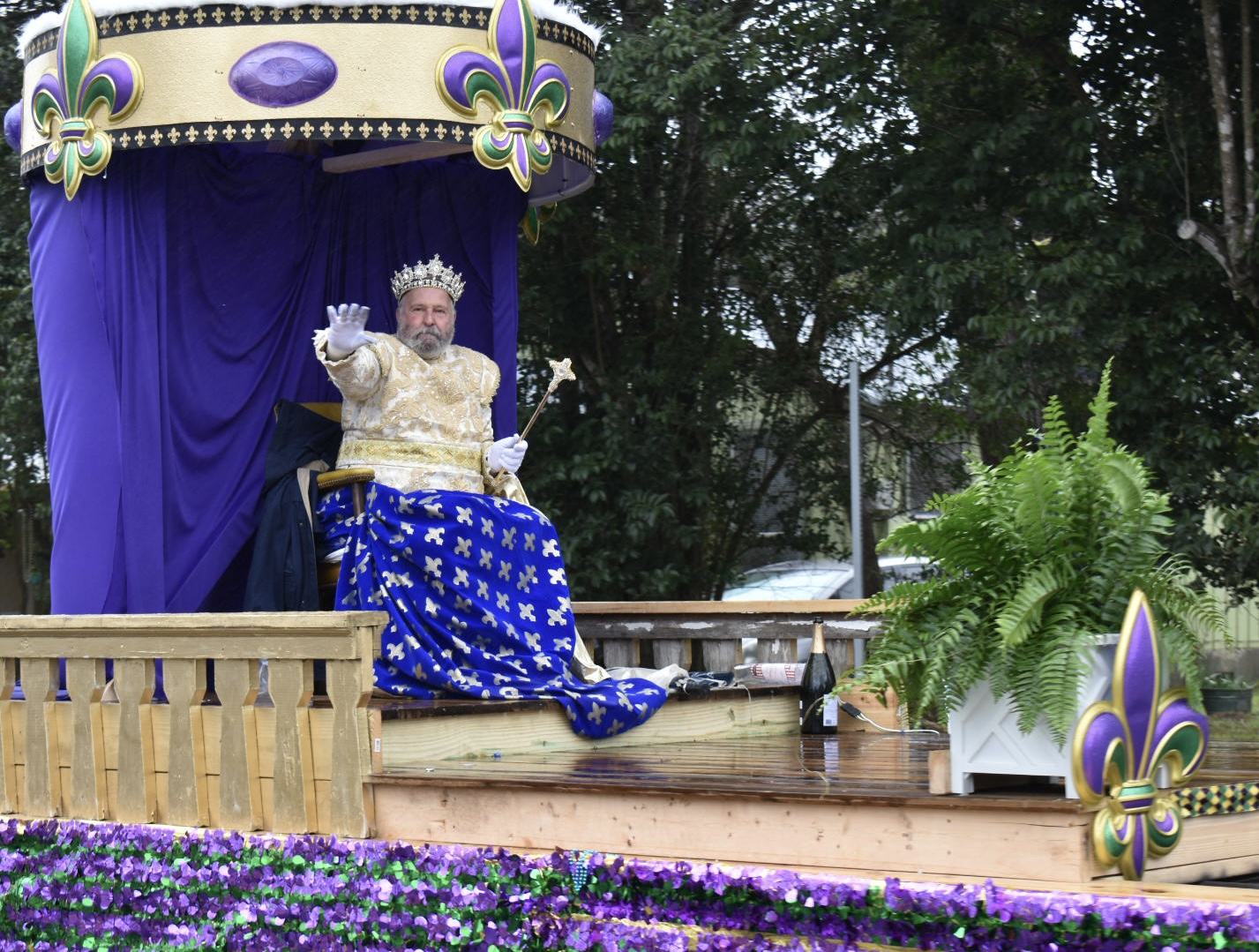 Mardi Gras visited the streets of San Marcos on Saturday, February 26th as The Mistick Krewe of Okeanos celebrated its’ 10th annual parade and after-party.

It was a cold and rainy morning, but that didn’t stop San Martians from gathering along the parade route, eager to catch beads, cups and doubloons.

The parade started at noon and made its’ way through The Historic Homes District of San Marcos, winding down Belvin, Blanco and MLK until it reached its’ final stop at Zelick’s Icehouse for the official parade after-party.

The after-party at Zelick’s included a performance by Time of Night Brass Band, a crawfish boil and spirits all around.

This was the parade’s first year back since being canceled last year due to the Covid-19 outbreak, and the excitement in the air was tangible. Last year, San Martians celebrated by participating in “Yardi Gras” mirroring New Orleans’ response to the virus.

Getting its’ name from Okeanos, the Greek god of the ocean-stream, The Mistick Krewe celebrates the San Marcos River as the heart and soul of San Marcos.

The annual parade is held every year on the Saturday before Mardi Gras day and honors the tradition by appointing a King of the Carnival to ride on his own float.

This years’ Mistick Krewe of Okeanos reigning king was no other than Wayne Kraemer, who some students will recognize as a senior lecturer from Texas States’ Department of Communication Studies.

Mistik Krewe of Okeanos was started with the mission of supporting the local music and arts in San Marcos and bringing neighbors together to celebrate one of New Orleans’ oldest traditions.

Although it is only the 10th year that the parade has taken place, The Krewe has made a significant impact by giving back to The San Marcos community.

The theme of the parade this year was “Okeanos Salutes San Marcos” and the Krewe has done just that, donating over $2000 worth of musical instruments to Goodnight Middle School.

The Krewe also supports local arts by commissioning a different artist each year since 2020 to create the parade’s official poster. This year, The San Marcos Mardi Gras Parade poster program contracted Christopher Barnett, who created a beautiful diamond-shaped piece. Prints are available to purchase on the parade’s website.

If you missed the parade this year, be sure to set your calendar for next year’s celebration! 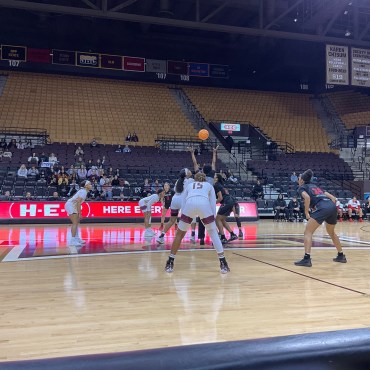 By Gian-Carlo Cacho Sports Reporter Coming off a disappointing loss against the Appalachian State Mountaineers (13-11 overall, 7-4 Sun Belt) last Saturday in Boone, North Carolina, the Bobcats Women’s basketball team (14-12 overall, 9-5 Sun Belt) returned home to Strahan Arena to face off against the Arkansas State Red Wolves (11-15 overall, 4-9 Sun Belt) on Thursday, Feb. 24th. Both teams were looking to get back in the win column […]