EnPsychlopedia Australia: The Ultimate Catalog of Psych Down Under 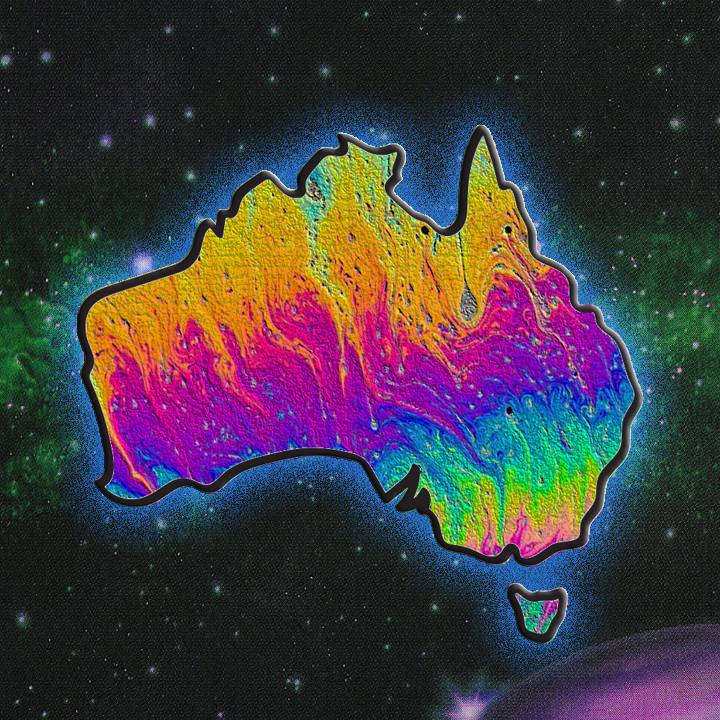 Australia is seemingly home to more psych-rock bands than it is to venom and marsupials. Although the latter two could easily be found on a short hike through the outback, there doesn’t seem to be a one-stop shop for the continent’s trippy tunes. Curious fans need a way to explore a balanced mix of the musical gems the Aussies have to offer.

If you check the city of Perth you’ll find Pond, who often double as the touring band for their friend Tame Impala. Then there are some of Pond’s members – Jay Watson (aka GUM), Nick Allbrook and Shiny Joe Ryan – with their own collaborations and solo careers. On the other side of the country, you’ve got King Gizzard & the Lizard Wizard influencing, signing and proliferating indie acts throughout the Melbourne rock scene.

Despite a clear global relevance, comprehensive collections of these outback-adjacent artists prove elusive. If this also sounds frustrating to you, dear reader, then fear not. I’ve made the ultimate playlist just in time to celebrate the anniversary of the 1986 Australia Act.

I am proud to present EnPsychlopedia Australia, which I genuinely believe to be the best ever-growing library of classic and neo-psychedelic Aussie rockers available. EnPsychlopedia Australia is like a sampler of the psych sound’s history across all eras of artists down under – ’60s surf icons like The Master’s Apprentices are served right next to The Lazy Eyes’ fuzzy krautrock singles.

Make no mistake, I am far from the first person to try cataloging this niche music scene. Countless Spotify users have made playlists attempting to focus on Australian psych-rock, but alas! Some find it satisfactory to include obscurer acts such as Seedy Jeezus or Sunfruits, but then completely overwhelm the playlist with Kevin Parker’s entire studio discography. Many of these playlists fail to verify if their featured artists are Australian at all.

Regardless, EnPsychlopedia Australia owes much to these Spotify users. Much like the genre it explores, this 11-hour playlist wouldn’t be so extensive without the groundwork laid by its predecessors. While most of this playlist comes from Wikipedia rabbit holes, it was ultimately my fellow psych-rock enthusiasts who were integral to filling in the gaps here.

I am most proud of how EnPsychlopedia Australia has helped me discover new music. You’ll certainly recognize some hits on this playlist – please note the best Tame Impala cover ever, which once held tenure as my Tinder anthem – but that’s not all you’re here for, is it? Encyclopedias are for learning, and making this playlist was quite a learning experience.

Many interesting and obscure artists came up in my research, but Ajak Kwai’s sound and backstory stand out. After losing her family and hometown to the Second Sudanese Civil War, she had to emigrate from South Sudan to Australia in the late 90s. Now living in Melbourne, Ajak is an active community worker and musician with three albums and an EP under her belt. Alongside another notable Sudanese-Australian musician, Gordon Koang, she’s even been booked for festivals hosted by none other than King Gizzard & the Lizard Wizard.

Ajak’s unique style of blending Sudanese and Western psychedelic-soul can be heard on her recent song “Red Sands,” particularly between the djembe and the groovy clavinet melody. The empowered chant “Let Me Grow My Wings” discusses her journey across the globe, emphasizing her hopes for peace and unity.

Next, I have to thank a stranger from the ACL Music Fest Discord server for putting me on to eclectic prog-psych outfit The Spectre Collective. Many of their songs have less than a thousand plays on Spotify but mark my words it’s only a matter of time until they find breakout success.

The Spectre Collective’s polyrhythmic and often heavy sounds will vary between tracks just as much as they change between albums. Their latest LP, Delirium Imperium, showcases the band’s range by opening and closing on different ends of the genre spectrum. The flowery yet uneasy “Cherry Farm” begins the record with a bright bassline and a mesmerizing, echoey ’60s-sounding chorus, while the sludge metal finisher “The Floating Limb” sounds like an experimental Metallica song.

When they do decide to focus on one vibe, as can be heard on the progressive and futuristic Cosmosis, The Spectre Collective still cultivates a rich experience throughout the tracklist. The album definitely pays homage to the sound of King Gizzard’s Polygondwanaland while also bringing its own standout moments. For example, the spacey instrumental “Anya’s Dream” is a welcomed break in the energy, and it helps pace the listener for the brooding, scary back half of the record.

When you consider The Spectre Collective’s stylistic ability along with their four album releases over 18 months, it feels like we’re watching New Zealand’s own King Gizzard in the making. Yes, the EnPsychlopedia Australia also contains New Zealanders. Unknown Mortal Orchestra is from New Zealand, and their inclusion on the playlist is non-negotiable.

The overall lineup on EnPsychlopedia Australia is negotiable! Do you think there’s an artist I’m forgetting? If so, feel free to leave a reply below, or yell at me on Twitter. This playlist is constantly expanding, so remember to give it a like to save it to your library. 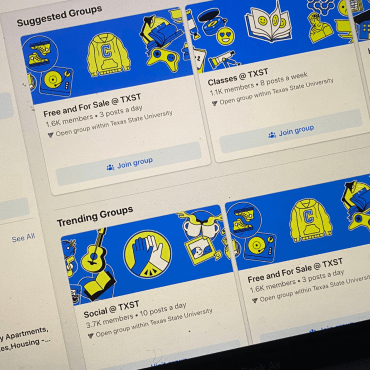 Making Friends in College: A Guide for Introverts

By Jemia Spence Web Content Contributor  I know you’ve heard people say that college is where you make your lifelong friends. It is a new experience for everyone, and a way to create your own path in life. Most students come to college and maybe know one or two people. However, if you’re an introvert you may find it difficult to meet new people or to put yourselves out there. […]