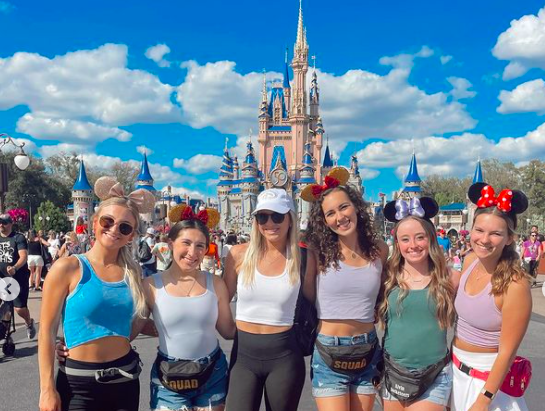 The Texas State University Strutters visited Florida to perform at Disney World for its 50th anniversary and the Sunbelt Conference Championships to support our bobcats the week of Feb. 27.

The Strutters have been known to travel the world for performances. Just two years ago, the Strutters opened the Macy’s Thanksgiving Day Parade in New York. Last year, the team was unable to travel due to COVID-19, but this 100-women team was back on an airplane this year to perform in two different events in Florida.

The Strutters arrived in Orlando on Feb. 27 to perform in Disney World the next day. The stage they performed on was set in Disney Springs. The team performed a half-hour show that consisted of many different routines and a variety of dance genres. They obtained a large crowd of Disney World guests and families.

Strutters Head Chaplain Nevada Torres said she enjoyed the opportunity to perform during the 50th anniversary of Disney World with the team.

“I loved being able to represent Texas State well and proudly, even though we were so far away from the university,” Torres said. “Mostly, I just loved being around the team and sharing such special and sacred memories with everyone.”

While the Strutters were there primarily to perform, they were also able to spend time in the Disney parks for the three days they were in Orlando.

“My favorite part was sharing my excitement about Disney movies with my best friends,” said third year Strutter and Assistant Pom Leader Ashley Mann. “Performing there was a good and fun experience.”

The next stop of the Strutters’ trip was Pensacola, which they traveled to by bus on March 1st. There, the Strutters performed their team routine on March 2nd at one of the women’s basketball games in the Sunbelt Conference Championship. The Strutters had the chance to cheer on the Bobcats away from home and perform at halftime, in front of basketball fans from around the nation including Texas State President Denise Trauth and Athletics Director Don Corryel.

A few members of the Strutters Pom Squad also had the opportunity to cheer for the Bobcats from the sidelines throughout the Sunbelt Conference Championships. Strutter Lieutenant Sarah Smith was one of the six Pom Squad members chosen to dance on the sidelines and during timeouts for the championship games.

At Pensacola, the Strutters had some free time together after their performance until they left the morning of March 5th. There, Strutters spent time on the beach, went to local restaurants, and had opportunities to bond with their teammates.

“My favorite part about Pensacola was getting to hang out on the beach with all of my friends,” said Strutter Head Captain Abby Cartwright. “We got to relax and have a good time as teammates which doesn’t happen very often!”

The Strutters had a successful trip and two very successful performances, then came back to San Marcos on March 5th to go right into another performance at Texas State on March 6th. Their next performance is their annual Spring Spectacular. To buy tickets, visit here. To learn more about the Strutters and see more of their trip experiences, follow their Instagram @txststrutters. 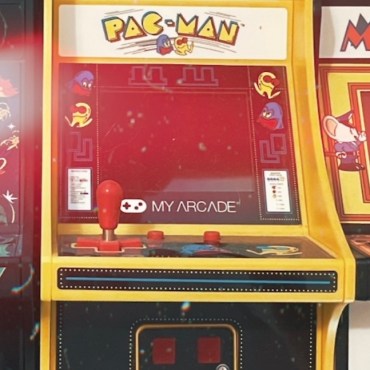 By Hannah Brown Web Content Contributor Among the bold colors and big hair, the 1980s are synonymous with retro gaming, questionable fashion and "The Empire Strikes Back." Often referred to as the decade of greed, it began with the election of Ronald Reagan and the highly anticipated royal wedding of Lady Diana and Prince Charles. In 1983, the first mobile phones were introduced to the United States and Microsoft released […]