Emo Lives on at SXSW: Texas Emo Club at The Ballroom 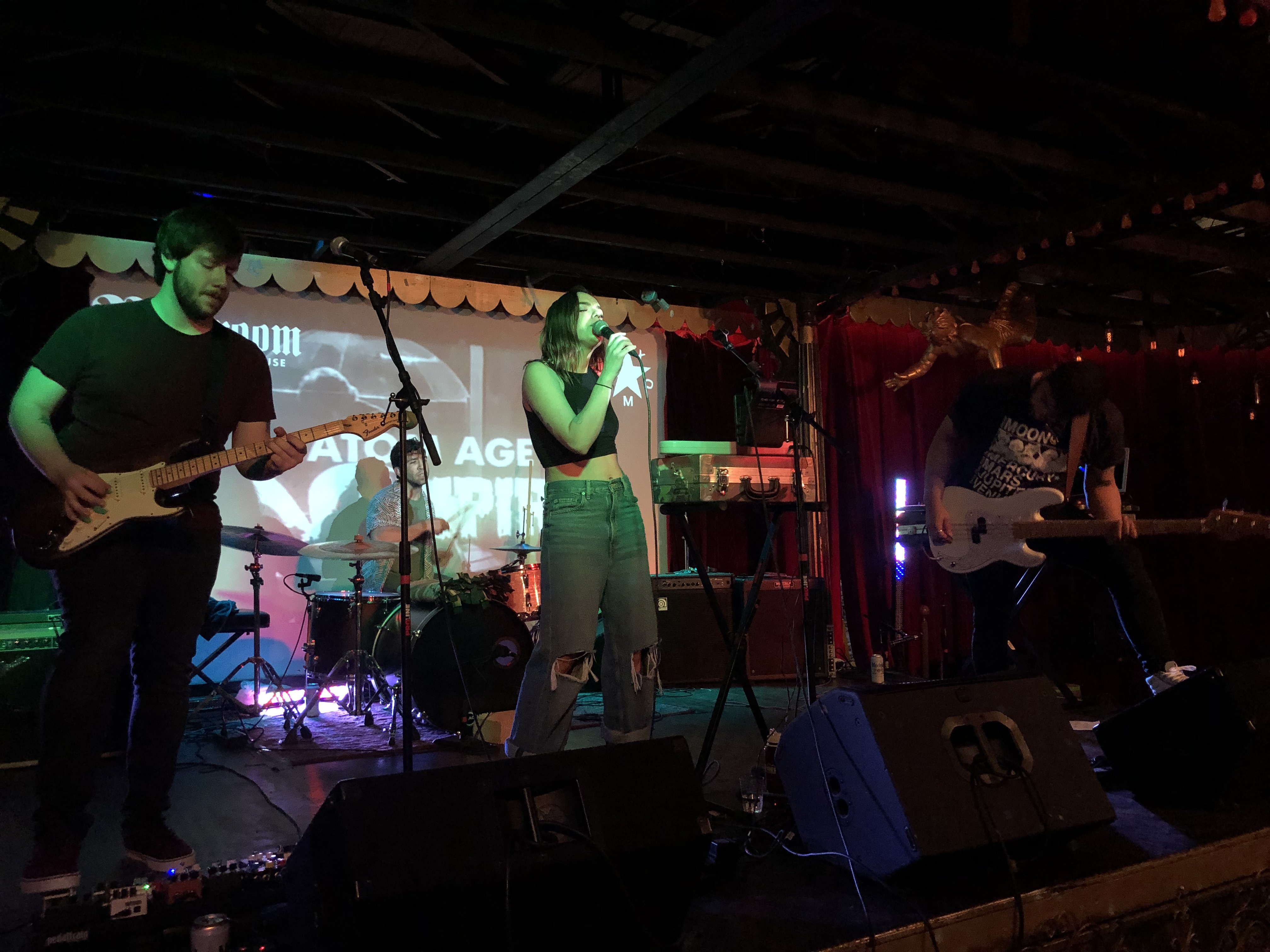 The showcase that Texas Emo Club put on at the Ballroom at Spider House was hands down the event I was most looking forward to covering for SXSW 2022 and let me say, I was not wrong to do so. As a self-proclaimed emo kid myself, I put on my fishnets and worn-out doc martens and headed to Austin Wednesday morning.

The first band I saw upon arrival was The 27s from Los Angeles. They almost immediately covered Good Charloette’s “The Anthem” and I knew it was going to be a great day. Throughout the day, there were a variety of alternative artists of different sounds coming from the inside stage as well as the outside stage. There were some with a more rock-rap sound like The 27s, a bit of post-hardcore from Minnesota band, Niiice, as well as some more indie sounding from bands like Mini Trees or Frailstate. No matter the sound, I was impressed with all the artists that played in this showcase.

What I was most excited about were the local artists playing in these shows. Two of my favorite performers of the day were Austin-based artists. First being Chancla Fight Club. Frontwoman Ashley Dawson gave the most exciting performance I had seen in a long time. She was full of energy, hopped off the stage multiple times to interact with the audience and let me sing a bit of Paramore’s “Ignorance” with her. Near the end of the band’s set, Dawson pulled out a flute and played an epic solo along with working a synthesizer throughout their show. Once they finished their set, a member of Chancla Fight Club’s team coached us in the audience to sing Happy Birthday to Dawson as they packed up.

Another one of my favorites was the last act of the night, Demi the Daredevil. There was a lot of love coming from fans as well as from the band. Demi the Daredevil A.K.A. Jeff Azar had a lot of loved ones in attendance, which included one little boy who couldn’t have been older than ten who moshed for the whole set. Azar jumped off the stage multiple times to hand his fans the mic to sing with him. The fun pop-punk sound and immaculate vibes from everyone around made dancing along easy. Demi the Daredevil have definitely earned themselves a fan in me.

Once all 16 bands played their sets, it was time for the emo silent disco. I had never experienced anything like it. Once we were all gathered in front of the main stage, headphones were given out that would switch colors depending on the channel you were plugged into. I was able to switch between three different DJs all playing legendary emo jams. There is something so funny about the sound of dozens of people partying in silence once you take the headphones off. We all listened on our own until The Killers’ “Mr. Brightside” came on and the whole venue erupted into song. It was the most bizarre experience but let me tell you, I had so much fun. My neck still hurts from the dancing almost 24 hours later.

Overall, spending my day with Texas Emo Club was one of the most entertaining live shows I have ever attended. Here is a playlist with all the sick bands who played for anyone who would like to channel their inner emo with me! https://open.spotify.com/playlist/6IhnNWdHgQEDlzpIboeMoL?si=dd89ddaefaec40bc 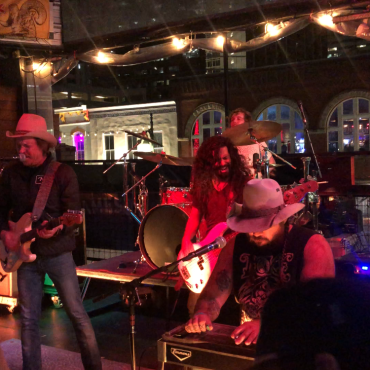 Texas Country Takes On SXSW: Mike and the Moonpies at the Blind Pig Pub

By McKenna Wells Local Music Director Country music isn’t what most would associate with SXSW music festival but, Monday night at the Blind Pig Pub would have changed your mind. I was fortunate enough to able to see Austin band, Mike and the Moonpies headline for KOKE FM’s rooftop showcase. Mike and the Moonpies frontman, Mike Harmeier started the band in 2007 and they have since released eight albums including […]