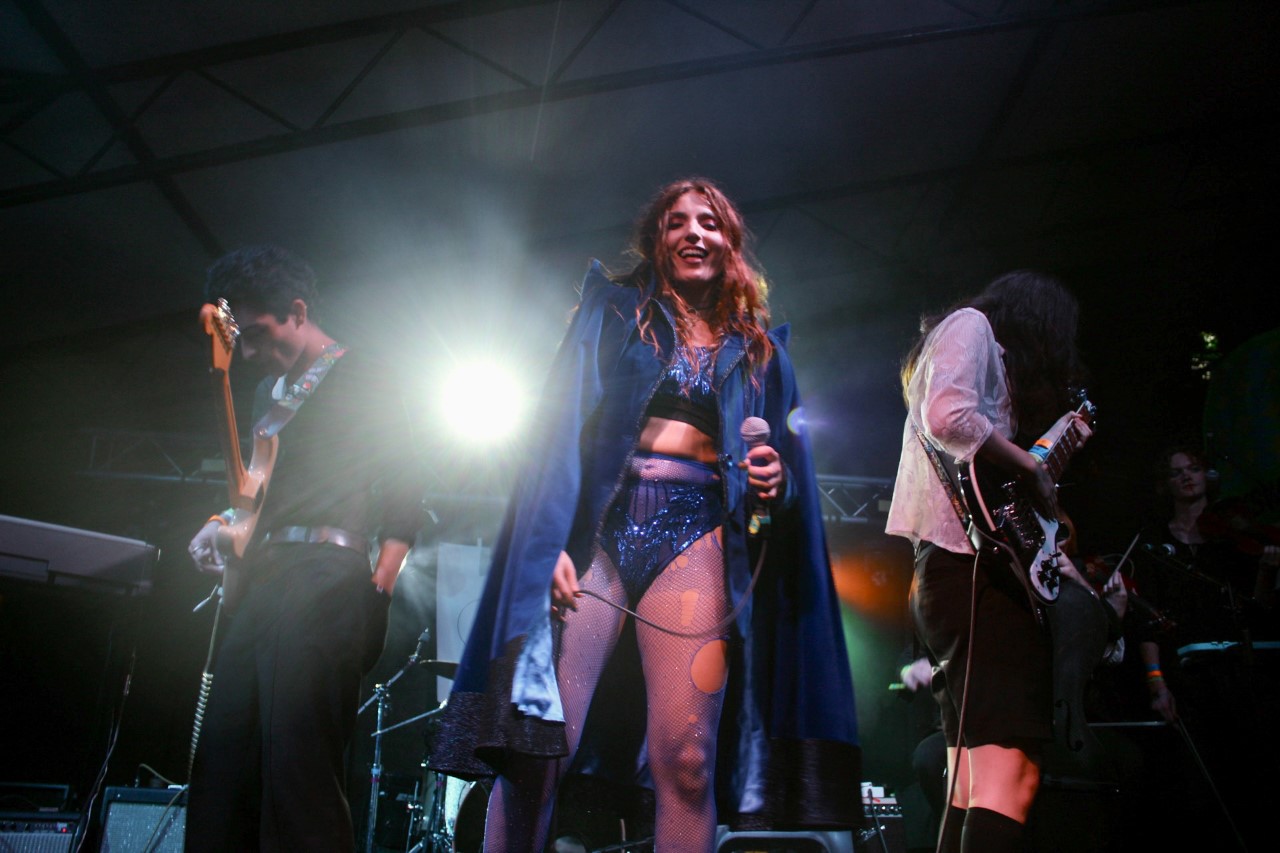 Austin’s South by Southwest provides a plethora of live shows to attend, often organized into showcases according to venue, record label or nationality of the performer. I attended an Irish showcase on St. Patrick’s Day featuring Irish artists, the Women That Rock showcase featuring female artists and female-led bands, as well as Saddest Factory Records’ showcase featuring the artists signed to Phoebe Bridgers’ label.

As I am sure many fans are drawn to artists they relate to, my first time hearing “Funeral” by Phoebe Bridgers immediately led me to delve into  her discography. The emotion communicated through the elegiac ballad struck me with a cathartic resonance, and so began my fascination with Phoebe’s work. Surrounded by musicians and artistic inspiration, Phoebe has collaborated with friends to produce collaborative projects.

Phoebe has proven her drive to conquer the music industry and formed her own record label under Secretly Group in partnership with Dead Oceans in 2020. Formed amidst the cessation of live shows, Phoebe’s label secured its internet presence, establishing its satirically corporate aesthetic and debuting the artists and name of the label, Saddest Factory Records (SFR).

Nearly two years after its inception, SFR hosted a showcase at South by Southwest 2022. Each of the four musical acts signed to Phoebe’s label performed a set, with the boss herself accompanying each artist in a song.

Resting my arms against the barricade claiming my front row photographer view, it felt a little surreal to be at the debut showcase for a label founded by a woman I consider a role model. Assuming her role as host, Phoebe introduced herself and her label to the audience at Mohawk, setting the stage for the first performer of the night.

Dressed for SFR’s corporate retreat in a black suit, Charlie Hickey captivated the audience, alternating between his acoustic and electric guitars backed by his band members, Carey Clayton (keys, guitar), Julian Harmon (drums), and Kaylee Stenberg (bass). Anticipating the release of his debut album, Nervous At Night (May 2022), Charlie presented the audience his emotional depth in the lyricism of his first six songs.

Joined by Phoebe to perform his first released single, “No Good at Lying,” the companionship of the artists becomes apparent with their perfectly blended harmonies and beautifully tragic lyrical ballads. Gracing the crowd with serenity to subside the commotion of SXSW, Charlie’s emotional intelligence blankets the anxieties of the world and demands your full attention.

Charlie’s calming presence descends from the stage, bringing forth the organization of nearly an entire orchestra. Sloppy Jane, fronted by Haley Dahl, incorporates orchestral instrumentation and diverse song structure to craft an encapsulating onstage presence. Her eleven-piece band gathers on the outdoor stage of Mohawk, close and hopefully comfortable. Haley’s royal blue shimmers under the fluorescent stage lighting, capturing the attention of the crowd and her orchestra.

Haley leads the band, conducting the orchestra and stealing the show by performance. Tears of blue glitter stream down Haley’s cheeks, and her theatricality pulls you into the show.

The former bassist of the original trio, Phoebe runs onstage to perform “Where’s My Wife” from Sloppy Jane’s 2018 album, Willow. Showcasing their close friendship and comedic chemistry, Phoebe and Haley scream to each other, hug each other, and attempt to climb each other’s shoulders. I cannot brag about being front and center for this performance enough.

Clearing the stage for the initial sole signee to Phoebe’s then-unnamed record label, Claud takes the stage sporting a Rugrats tee with their vibrant green hair. I spoke with Claud earlier that day about their past and present experiences at SXSW, their involvement with SFR, and their songwriting process both independently and collaboratively.

Claud mentioned that the release of their first album and the ability to share a cohesive totality of their artistic vision “has made it easier for everything,” especially touring and performing. Their recent release, Super Monster, equips the setlist for Claud’s show at SXSW in the midst of what they call their “Super Monstour.” The onstage lights mimic Claud’s album art and pull you into the narrative “full-body piece of work, almost like a full circle of who [Claud is] as an artist.”

Concluding with a guitar-shredding session between Claud and Phoebe while performing “Soft Spot,” the energy of the SFR showcase steadily increases as the audience awaits pop trio, MUNA.

Fronted by ginger Katie Gavin continuing the trend of business attire in a complementary orange two-piece jumpsuit topped with a lavender blazer for professional purposes, MUNA carries the energy from Claud’s set into the finale of the showcase.

A highly anticipated performance by myself upon the announcement of SFR’s participation in SXSW, Phoebe joins MUNA onstage for her verse in “Silk Chiffon,” a track released in September 2021 by MUNA featuring Phoebe. Contrasting Phoebe’s personal style, the bubblegum pop sound of this song turns the crowd into a dance floor. I had to set my camera aside to fully experience the serotonin this song produces.

To close the debut showcase of the artists of Saddest Factory Records, Phoebe and various SFR employees rejoined onstage to perform karaoke together, selecting “Welcome To The Black Parade” by My Chemical Romance as their song choice. Phones raised in the air and voices screamed the lyrics at  a volume that had yet to be reached until then.

Witnessing the product of a successful woman in music at the Saddest Factory Records showcase inspired me as someone involved with the music industry. Phoebe Bridgers sets an example for successful women, especially in an industry predominantly headed by men. Each set brought a unique sound, diversifying the artistry within the label. I suspect we can only expect the progression and success of Saddest Factory Records from here.

While we anticipate Phoebe Bridgers’ takeover of the music industry, be sure to support the artists signed to Saddest Factory Records by purchasing merchandise, attending shows, and streaming their music! Tune in to KTSW89.9 to hear music from the featured artists and many more musical acts to discover. 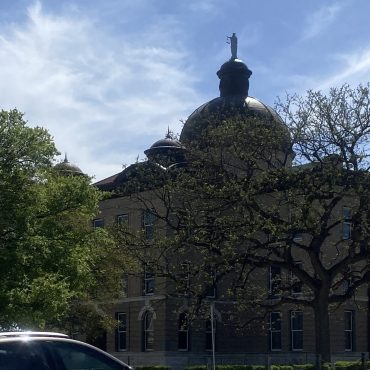 By Jemia Spence Web Content Contributor Downtown San Marcos, also known as The Square, must be one of the things that I love most about going to school here. It’s filled with locally-owned restaurants, bistros, nightspots, and unique clothing stores, it has a bit of everything. If you love vintage things, like me, the square has cute stores, and you can shop for tons of handmade pieces and cute gifts. […]