The Bobcats will face off against Texas today at 6 p.m. in Strahan Arena during their first complete spring offseason since 2019.

The last time the Bobcats and Longhorns met was in Austin on Sept. 7th. The Longhorns were ranked first in the nation at the time. The match ended with a Bobcat loss of 3-0. Texas almost doubled the 24 kills the Bobcats had in the game with 44. The Bobcats racked up 15 errors compared to the Longhorns’ six. Attacks from both teams were relatively equal, with Texas State finishing with 85 and Texas with 83. The Bobcats could not get any blocks in the game, while Texas got eight.

Jada Gardner, Ryan Torres, and Kayla Granado led Texas State in their last meeting with Texas. Gardner was credited with six kills, Torres with 17 assists, and Granado with nine digs. The Longhorns were led by Logan Eggleston, Asjia O’Neal, and Jhenna Gabriel. Eggleston led with 15 kills and 12 digs, O’Neal with six blocks, and Gabriel with 25 assists. Both teams have a mix of players when it comes to seniority, and Texas has a small team of eight players compared to Texas State’s 20.

Players to watch on the Bobcat’s side are Janell Fitzgerald, Emily DeWalt, Granado, and Tyranee Scott. Fitzgerald is one of the Bobcat’s most valuable tools when it comes to offense. She brought in a total of 548.5 points and 483 kills on the season. The first AVCA All-American in Texas State history, DeWalt left the season with 1504 assists. Granado and Scott held down the defense, with Granado racking up 547 digs and Scott with 114 blocks.

Looking at Texas, the players to pay attention to on the offensive side are Eggleston and Gabriel. Eggleston, the VolleyballMag.com and Big 12 player of the year ended the season with 467.5 points earned and 387 kills. Gabriel led in assists with 924. Looking at the defense, Nalani Iosia led with 313 digs. Brionne Butler leads the way in blocks garnering 115 on the season.

Texas State has never beaten the Longhorns in any of their 12 matchups since 2004. The upcoming match against Texas will be the Bobcat’s second to last of their offseason schedule, and they will finish it out in San Antonio against UTSA on Saturday. 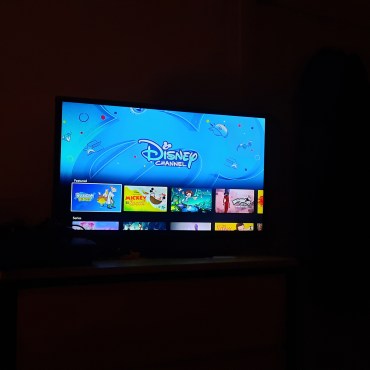 By Allison Schroeder Web Content Assistant Manager As an avid Disney watcher, I love to rewatch Disney shows and movies multiple times. I remember my first introduction to Disney, or at least the earliest one I can remember, which was when there was a thing called Playhouse Disney whose host was a yellow ball of clay — named Clay. This is when cartoons like “Out of the Box,” “Rolie Polie […]