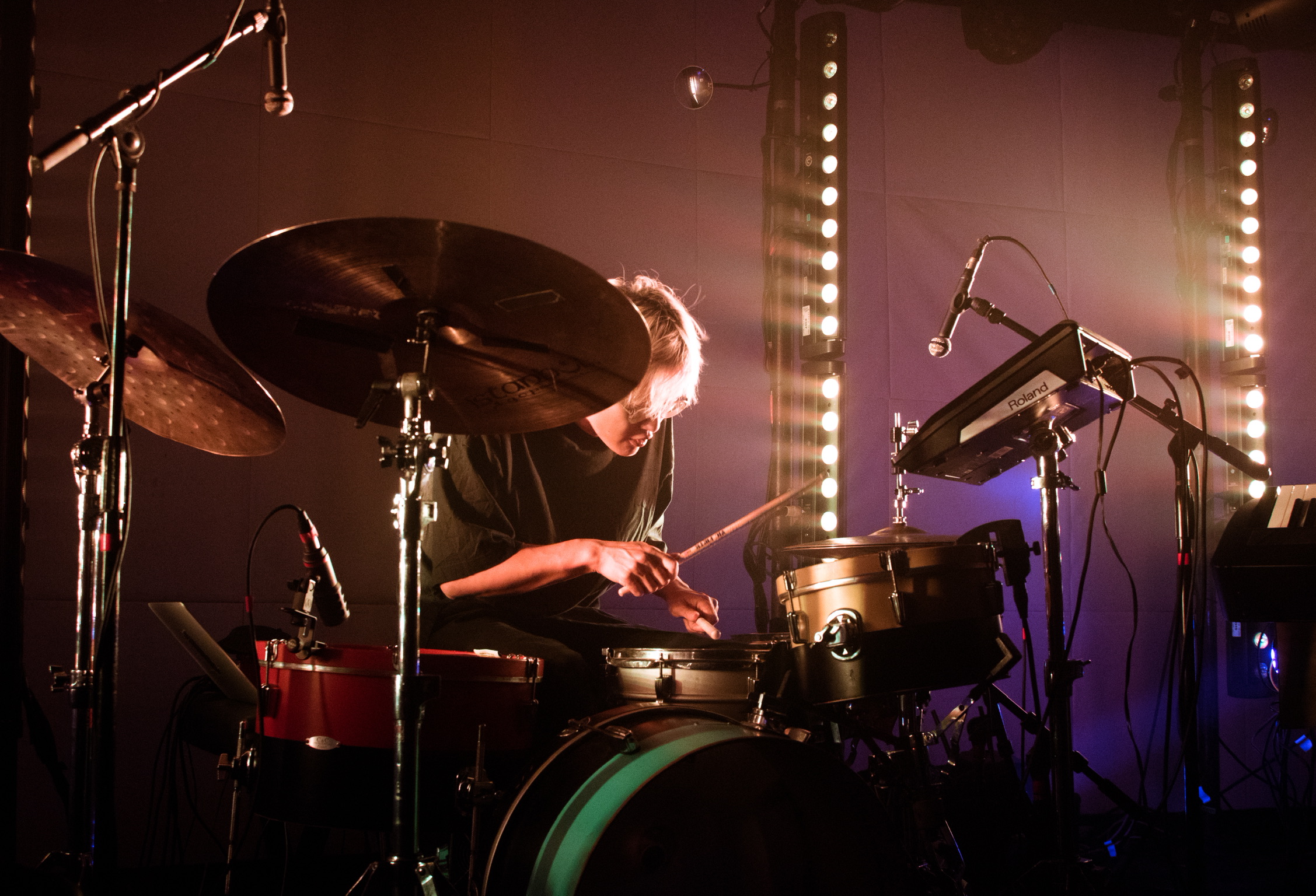 Son Lux is an eclectic band that pushes musical boundaries while remaining grounded in jazz and rock essentials. Their music is difficult to describe, as it is a genre-melting pot, featuring electronic, alternative, and classical elements seamlessly blended to create an endlessly engaging listening experience.

Son Lux is comprised of 3 members: Ryan Lott on keyboard and vocals, Rafiq Bhatia on guitar, and Ian Chang on drums. They are currently on a tour for their most recent album releases, Tomorrow’s I, II, and III. Also, they are fresh off of the release of their score for the incredible film Everything Everywhere All At Once.

This was a very special concert for me, as I grew up dancing to Son Lux’s music and have kept up with their releases since middle school. The venue, Empire Control Room in Austin, was desirably small and dreamily ideal for their sound and my fangirl admiration for them as artists.

Unique to most concerts I have attended, this felt more like a jam session than a curated performance. Each song took on a life of its own, as each member bounced off of the lead of the others, as if we were all sitting in on their band practice hearing them try out new material.

After a few tracks, Lott spoke to the audience and said that they had a setlist but decided to leave each track open with room for experimentation. I couldn’t imagine completely going with the flow on a stage, yet the members did it with comfortability and class. The musicianship it takes to improvise in a live setting is immeasurable, and it was so unique to attend a concert where the audience felt like a part of the music rather than merely spectators.

Specifically, I was enthralled by drummer Chang’s ability to stay on his toes amidst the uncertainty of where each song was headed. He weaved in and out of time signatures with such ease, playing with so much energy that I am amazed he had the stamina to last the whole show. He switched between traditional drumsticks and more delicate, soft mallet, powerfully guiding the band through each song. He shined during the track “Tomorrow” as he drove the ebbs and flows of the song with syncopated, shocking rhythms, eliciting audible, awe-filled gasps from the audience.

Lott’s vocals sounded even better live than on their studio recordings. The raw, vulnerable vocal tone translated beautifully acoustically. He began the show with a solo piano ballad, allowing the subtle rasp and cracks of his voice to echo through the venue and gently usher in the audience to absorb the rest of the show. He also toyed with vocal modifiers and layers, using effects that created infinite harmonies as he sang during the track “Another Life”. The lyrics were profound and evocative, emulating feelings of loneliness and disillusionment with relationships and life.

I had the opportunity to stand right in front of the Bhatia on guitar and watch him meddle with complex technology and effects, none of which I can even begin to comprehend. He had 3 soundboards at his feet and was constantly changing the tone and audio quality of his guitar, switching from muffled, sustained tones to crisp, synth-like grooves, even in the middle of songs. His droning shoegaze solo in “Easy” immediately gave me chills.

For the encore, the band played 2 tracks from the film Everything Everywhere All At Once. They detailed their experience scoring for the first time and shared how proud they were of what they produced (which honestly deserves an Oscar in my opinion). This was the best end to the show I could’ve asked for, finishing on a strong note with bombarding sounds from each instrument, swelling to a climax paired with overwhelming strobe lighting and distorted noise.

I was blown away by the ability of three individuals playing simple instruments to produce full, constantly adapting sounds. Their music is infinitely layered, and the fact that each member was able to contort the sounds of their mediums to unprecedented places affirmed that the boundaries of music are endless and crave to be pushed.

This show was dynamic. Son Lux’s range as a band is unmatched, somehow feeling grand and cinematic while also being the most personal, intimate show I have attended. I could only describe it as beautiful chaos: perfectly uncontrolled.

Jordan Young Web Content Manager From Kyle Police - In the wake of yesterday's tragic events at Robb Elementary School in Uvalde, the Kyle Police Department has directed patrol staff as well as officers from other assignments and divisions to make every effort to increase their presence at all of the school campuses in the city’s jurisdiction. "We are working closely with our partner agencies and Hays CISD to keep our community safe and to provide a sense of comfort […]