Concert Review: EarthGang with Mike Dimes at The House of Blues Houston 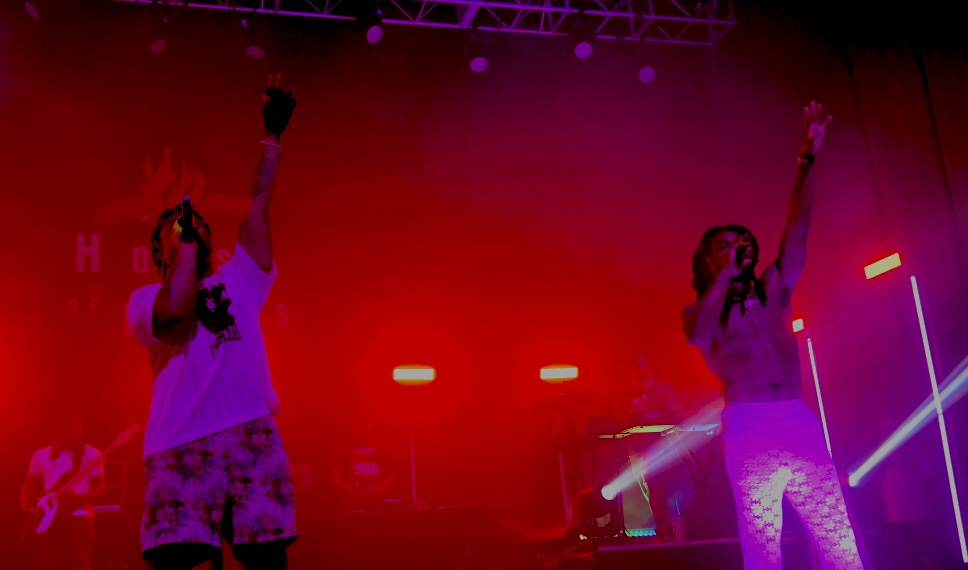 EarthGang, a magical rap duo hailing from Atlanta, Georgia, is currently on their Biodeghettable US Tour preceding their 2022 fourth studio album release GHETTO GODS. EarthGang consists of Johnny Venus and WowGr8, who have been rapping together under the group name EarthGang since 2008. In 2017, rapper J. Cole signed them to his label, Dreamville Records, where they have been thriving ever since.

GHETTO GODS was a highly anticipated and, ultimately, impressive album for me, so when I saw they were going on tour and stopping in Houston, I knew that I had to be in attendance.

I love the energy this duo brings to not only the hip-hop/rap genre but music in general. They spread messages of positivity while also bringing awareness to many struggles within marginalized communities. They constantly preach inclusivity and equality, which resonates strongly with their devoted fans such as myself.

Their main opening act was Texas-native rapper Mike Dimes. While Dimes is a fairly new name to the hip-hop game, he is proving himself to be a rising force. Accumulating over 2 million Spotify monthly listeners and having 28 million streams on his track “NO TRENDS” from his notable 2022 sophomore album IN DIMES WE TRUST, there is no doubt that Dimes is on the rise to becoming a familiar name within the scene.

I have seen Dimes perform before at Rolling Loud SXSW 2022 in Austin and boy was it a fun time. His song “HOME” is a favorite of mine that he performs and it never fails to get the crowd in an energetic mood. Comparing his performance at this concert to SXSW, it was understandably much tamer, but that didn’t make it any less captivating. Dimes is an impressive lyricist, and it was nice to be able to just watch him rap and digest his words and stage presence, unlike my experience at SXSW where I was mainly jumping and dancing around with the crowd and not really paying him direct attention. There was a lot of love in the crowd for him, and I really hope I’ll be able to see him again in the future.

There were two opening acts prior to Dimes’ performance. EarthGang collaborated with the music discovery group Pigeons & Planes to present select artists to open various shows. Rappers Pote Baby and Hollywood JB were selected to perform for the Houston show.

I had no prior knowledge of Pote Baby before, but he was a great performer and often did this funny dance move where he would swing his hips back and forth almost in a pendulum kind of motion. As for Hollywood JB, I thought I was unfamiliar with him until he told the audience that he was a part of Spillage Village, a collective rap group consisting of Atlanta artists such as EarthGang, JID, Mereba, 6lack, Benji, Jurdan Bryant and himself, Hollywood JB. It then clicked in my head, and I was able to remember that I had seen his name before on Spotify. I still wasn’t familiar with his solo music so it was cool to hear what he had. He even performed an unreleased track that was super dope. They were amazing opening acts and did a great job hyping the crowd up for the later performance by EarthGang.

After the performances from Pote Baby, Hollywood JB, and Mike Dimes, the crowd was anxious for the arrival of EarthGang. Their stage setup included live musicians that played the drums, guitar, bass, and keyboard along with a DJ. Along with that, there were also many light elements around the perimeter of the stage that illuminated the venue throughout their performance. Because of this intricate stage setup, they came out around 40 minutes after the openers’ last song. This 40-minute gap in between was filled with high energy dance music from artists ranging from Burna Boy to Doja Cat. I had made friends with those I was in line with as well as those around me in the crowd, so it was fun to just talk to them while jamming out. Although I was definitely exhausted from standing for so long, the wait was so worth it. This break also raised the anticipation, so when they finally came out everyone in the audience was riled up and shouting with pent up excitement.

The duo opened the show with the first track off GHETTO GODS, “THE GLOW”, a 45-second intro track that sets the tone for the concept of this album. This album is about finding a higher spirit within yourself despite where you come from in life. Whether you’re from the ghetto or the suburbs or anywhere in between, everyone has a light within themselves that can shine for the world to see. Concepts such as this can resonate with anybody, which is what makes them such a special group. They feel like a warm hug, letting you know that there isn’t anything in this world that you have to go through alone. During their performance of “STRONG FRIENDS”, a beautiful mental-health anthem, I was completely overwhelmed by the message of the song that I began to cry. It was such a beautiful moment to experience. WowGr8 then proceeded the song with a speech saying “I am EarthGang, you are EarthGang, we are all EarthGang! As long as you’re on this rock and you’re floating in space like the rest of us, you’re one of us. We’re all in this together, and we’re going to get through this together.”

Music is the biggest unifying force humanity has, and I felt the most united and connected I have ever felt at that moment not only with EarthGang whom I have so much love and admiration for, but I even felt that connectedness with the crowd as well despite having never known them prior to this night. It was truly an unreal and magical night that I will cherish in my heart forever. That was definitely the most genuine love I have ever felt at a concert, and I’m forever blessed to be a part of EarthGang. 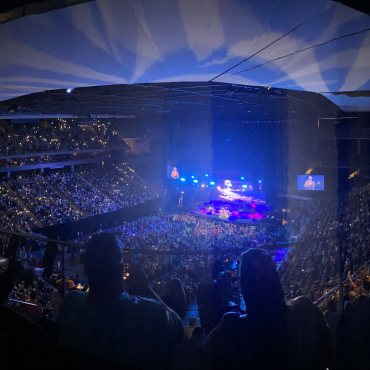 By Lexi Delarosa Music Journalist   The Margaritaville multimillionaire himself, Jimmy Buffett, turned the southeast corner of the UT campus into a luau party as he graced the stage at 8 p.m. on June 11, 2022, at the Moody Center. His Life on the Flip Side Redux Tour was the fourteenth event to take place in Austin’s new arena that opened in late April.   Now, I was under the impression that […]