The Margaritaville multimillionaire himself, Jimmy Buffett, turned the southeast corner of the UT campus into a luau party as he graced the stage at 8 p.m. on June 11, 2022, at the Moody Center. His Life on the Flip Side Redux Tour was the fourteenth event to take place in Austin’s new arena that opened in late April.

Now, I was under the impression that Buffett’s music was loved by strictly older country music fans, but it turns out I’ve been living under a rock (punk rock that is). I was also under the assumption that tailgates were reserved for football games, but as before, I was incorrect. Before even entering the concert venue, I had to take a stroll through the tailgate that was covered in a sea of Hawaiian shirts and Buffet fans, otherwise known as Parrot Heads.

Buffett fans lined tents along the 1812-1898 Trinity Street Parking Lot to socialize and prove that it really is 5 o’clock somewhere. Within the tents, people were not only equipped with Hawaiian shirts, but also grass skirts, coconut bras, leis, shark fins, parrot hats, blow-up pools, palm trees, and (of course) drinks in hand. If onlookers were lucky, they might have even spotted a man clothed in nothing but a bikini or caught a glimpse of flailing arms as Captain Jack Sparrow ran down the road.

Once inside the venue, fans were greeted with a giant neon sign that people were lining up in front of to take photos. And once seated, the audience was able to see the stage decorated like the coastal shores and flooded with aquatic life.

After being fully immersed in the culture behind Buffett’s empire, it was finally time to soak in the sounds of paradise. The concert began with the opening song on the 2020 Life on the Flip Side album, “Down at the Lah De Dah.” This was a perfect way to start the night because this song has stronger country qualities, with a hint of gulf rock in the background.

Buffett’s music genre ranges from country to gulf rock, soft rock, pop, country rock, folk rock, and calypso. And to think this man couldn’t get any broader, he introduced jazz into his repertoire with his 1974 hit, “Pencil Thin Mustache.” With the sounds of live trumpet, steel guitar, upright bass, and steelpan, Buffett was able to bring a slice of the New Orleans Jazz and Heritage Festival to Austin.

Within Buffett’s Coral Reefer Band, my favorite aspect of the band was the female vocalists decked out in 70’s inspired outfits holding down the choreography on stage. I personally think, San Antonio native Nadirah Shakoor stole the show as she soloed a verse in the 1978 song, “Son of a Son of a Sailor.” Her incorporation not only brought a feminine charm to the stage but also strong aspects of soul that resulted in a boom of cheers from the crowd.

The energy within the crowd went from tipsy and energized to lighthearted and united (but still intoxicated) as fans sang in unison to classics like “It’s Five O’Clock Somewhere” and “Margaritaville.” The simplicities of these feel-good tunes were apparent in the wave of sound flowing from the floor to the nosebleeds. I could visualize my toes in the Caribbean sand with a piña colada in hand as the warm sun beamed down onto me or, in other words, bliss.

Buffett concluded his performance by taking off his Crocs and handing them to a lucky guest in the front row. I did not think anything of it because I have seen other artists do similar things, but more experienced Parrot Heads said this was uncommon. I later found out that his brand is coming out with limited edition Margaritaville crocs that even include a parrot charm that doubles as a bottle opener. Before ending the night, he came back onstage and closed out the event with a few songs, completing his encore.

As someone who rejects most of their “Texan values,” I had an overall great time between the people and the music. Anyone who listens to the station is a little bit y’allternative (country and alternative), so I think a lot of people would find some form of peace in his sound, even if they aren’t particularly inclined to listen to country. 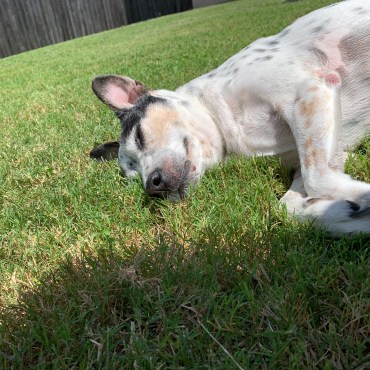 Things to Consider for Your Furry Friends This Summer

By Haley Velasco Web Content Contributor Summer is here and its finally time to relax and let the adventures begin, and what better way is there to spend this time than with your furry friend? Although there are many activities that you and your dogs can do, it’s important to be cautious of the safety and well-being of your dogs, especially in the summertime.   Playing Outdoors The summer heat […]