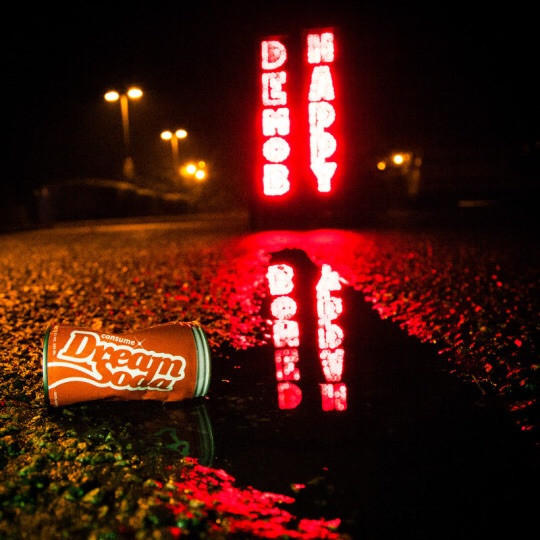 This is a strong opener to the album, although created in 2015 this track and album feel like a continuation of the post-punk revival style of the 2000s with its garage rock guitar and occasional well-placed screaming. Although the term Haat De Stank remains a mystery to the public, this song has a certain duality in its message alternating between discussing the Machiavellian nature of politicians.

“A politicians set of sycophants

And between singing about process of losing a relationship

Musically the song is just erratic as the change in subject matter features heavy guitar parts layered over each other and fast-paced drums, throughout the song the vocals shine and compliment the already intense instrumentals, the instrumentals, and vocals crescendo and peak in unison making for an explosive payoff that satisfies.

“Suffer you” starts off fast-paced and strong and there is not a point in this song in which the tempo significantly slows down. Stylistically it incorporates a psychedelia sound with the use of guitars and otherworldly imagery in the lyrics, reminiscent of something Jim Morrison would have written

This was the first track I heard off the album, and from that moment on the band was on my radar and their discography on my Spotify. “Succubus” is about the addictive power and magnetism intense attraction can bring hence the name of the song. In mythology, a succubus is a female demon who seduces men in their dreams. The song itself features dynamic vocals and makes use of tempo changes to reflect the periods in time when the yearning cools down and ramps up again.

“Junk DNA” starts off minimally, with a mention of the ideology that humans are not special but a chance occurrence, then we are told that they feel differently, that they’re part alien, and that they’re not good enough. We then hear about how they’re strung out, at this point, we reach the first notable tempo change along with a heavier guitar emphasis, then the instrumentals decrescendo again. Finally, we get a key change that seems to represent the new attitude of the vocals now shifting their focus to getting “a little bliss”. The music video for this song seems to have the answers to the meaning of it, in the video we see an executive at a soda company who is being told to put an untested and addictive ingredient to the soda to increase sales, and we then see the ingredient has adverse effects on its user, yet the company continues to put it in the soda. In my opinion, the song itself is a metaphor that compares corporations to aliens because of the dangerous gene-altering chemicals that are used in its product, gene alteration in science fiction is a tool typically held by extraterrestrials. So, by comparing corporations to aliens it draws the parallels of just how unnatural this relentlessness for increasing profits and its negative byproducts on humanity.

One of the slower tracks on the song talks about the come down one has after being so hubris and the realization that follows.

“Come down that horse looks high

Knocked up on dreams and red wine”

“Man, you’re not the number one

You’re not the fabled son

There’s others been and gone”

Throughout the song, we see that there are no intense build-up or polyphonic guitar parts, which is a stark contrast to the rest of the album. In my opinion, this audio-wise represents the disappointment that one feels and the stagnation that goes with it when you’re knocked off a pedestal.

The feeling of disappointment from the previous track echoes in this one along with a bit of angst. “Summer Cash In” started stronger than its processor with lower notes being played in the primary riff and more fluctuations in the guitar’s two-part. This song talks of a broken parent child relationship and the aftermath of it. Halfway through the song, we see screaming and an outburst of guitar highlighting the emotional frustration and ends on a softer note.

“Wash it Down” starts like a relaxed psychedelic song from the 60s then moves forward in time with some 90s grunge-inspired riffs. Wash it down seems to be a song about inner reflection and outer judgments and the process of accepting your perceived reality.

The song maintains the steady peaks and troughs sonically and finally ends on a soft note.

This track is a great sonic representation of the angst young adult experience. Drumsticks hitting the rim of the drum signal the start of “Young & Numb.” We are told about young people who have only “seen pretty things through pixels on a screen” and the explosive guitar sound emerges like a swift kick to the face. Representing the built-up angst that these two adults must have had from being so sheltered. This track also features screaming vocals. The song then goes on to critique religion for the anti-sex attitudes it instills in its youth,

“Never knew your bloom of youth

Loyal to the palm

Who gave you sex then made it wrong

You’re so comfortable in your serfdom”

The song continues with its grand angsty sound and has one of the most cathartic endings on the album which is reminiscent of early royal blood. The ending lines speak of succumbing and acceptance of the fact that they are young and numb like “you”

The title track of the album, “Dream Soda is an easy track to listen to, with a perfect balance of exciting instrumentals and relaxed vocals. The chorus reflects this with its minimal lyrics

Which repeats six times and ends with the addition of a high-pitched piano key being hit repeatedly like the chorus and then a solo drum part. Dream soda seems to talk about privilege within creative circles

“Silver spoon and all the DNA pressure” in repeating the lines of how’d you do it and how’d you feel easy they are forcing retrospection to the privileged they are referring to.

Lyrically Summoner is oscillating between “nothing to do, something to do, and turning on and off”. Musically this tune incorporates more classic rock elements like the use of a lot of single guitar riffs and embellishments within the riffs, while still staying in the mid-range octaves. The song then has a massive ritardando and key change which shifts the whole mood as they sing

In case you learn to die”

This track presents a contrast with the electric guitar being played acoustically. This tree that they mention in the song, seems to be a safe space for contemplation and unwinding, the vocals are just as soft. The song then seems to tell us about a failed relationship and their retrospective thoughts on it, by this time the other instruments come in and the guitar no longer is being played acoustically this shift was subtle blending seamlessly into the style before, ending vocally with the soft yearning of the lines “Come back please don’t go”

Like its predecessor, “Strange Things” starts softly but quickly builds up by adding other instruments. They tell a story about perceiving odd occurrences in their bed, house, and sleep. As the chorus approaches, everything suddenly intensifies, and the soft vocals become more potent singing the lines

“Another man will be wishing he was dead

F*ck all the spells you got running through my head”

The song then slows down again and at this point, we’ve been made aware of the meaning of this song, which is the narrator being so deeply and irrevocably in love that it haunts them, but they don’t seem to care, they even compare the strength and additively consuming nature of their feelings to having a “spell cast” on them. The song then picks up again and we are informed that “I’m not your man” this connection seems to have been abandoned and the vocal style changes to reflect that and the song ends in the same manner it began.

Overall, there is not a single track I dislike from this album, and I think that this album is one of the greatest debut albums to grace us. 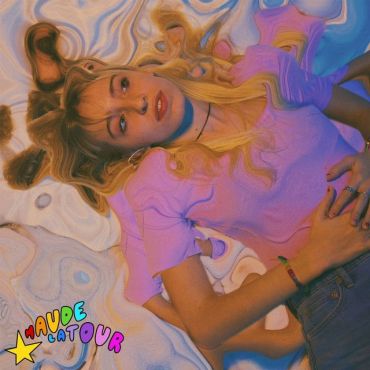 Sofia Gualy Music Journalist Like most people, watching Stranger Things has taken over my life. The science fiction show has taken the world by storm with its nostalgic nature and lovable characters. Over the past four seasons of the show, the soundtracks have been incredible with songs such as “Should I Stay Or Should I Go” by The Clash and “Pass the Dutchie” by Musical Youth. Every character has a […]