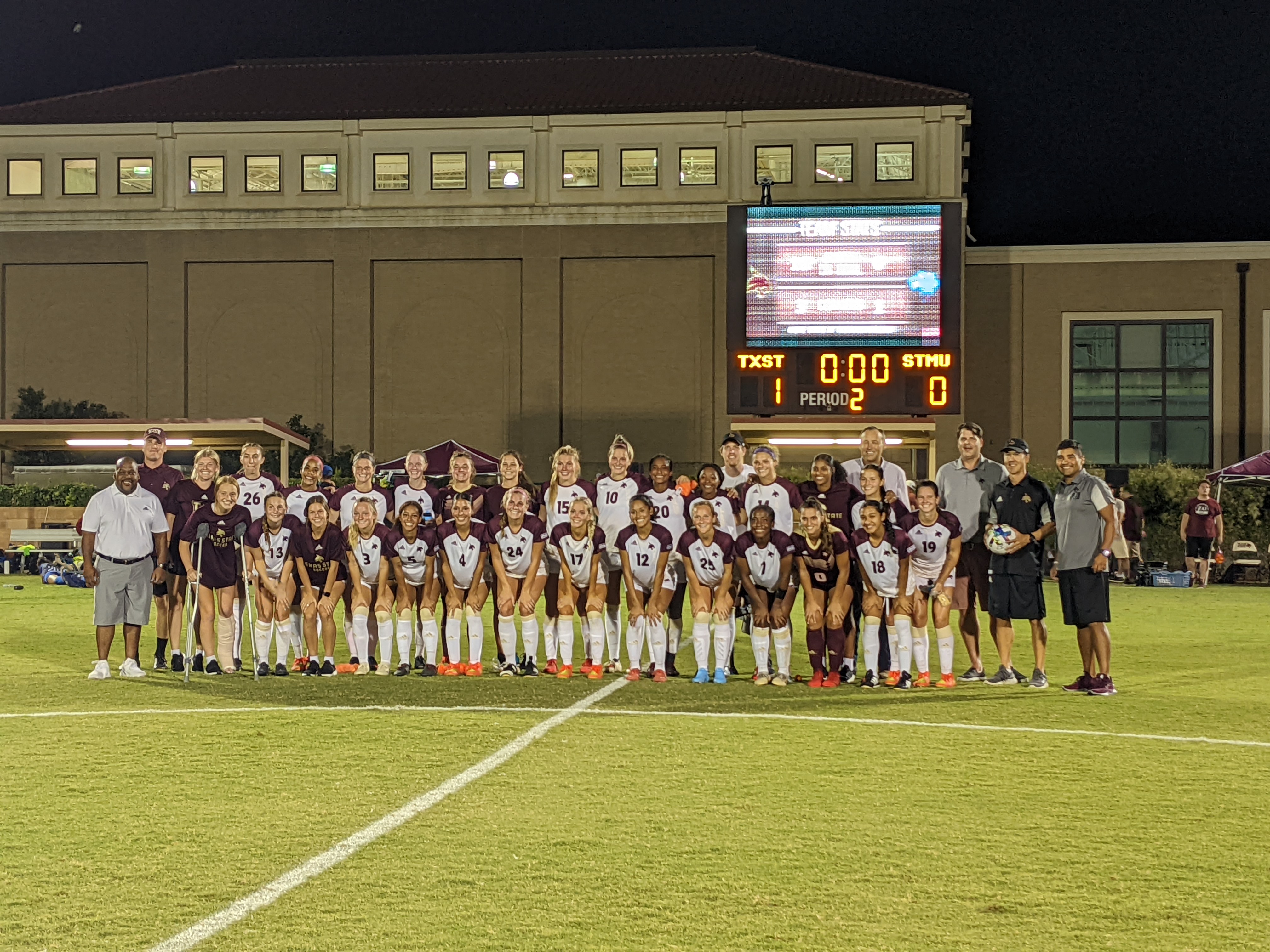 Texas State soccer put on an exciting show in their first home game and win of the season against the St. Mary’s Rattlers.

The stands were packed on Thursday for the showcase of the women’s soccer team under the new direction of head coach Steve Holeman, along with associate head coach Henry Zapata and assistant coach Nathan Stockie. This game marked the fourth matchup between the Bobcats and the Rattlers, with the last being in 2009 and all taking place in San Marcos. Texas State leads the all-time series with a 4-0 record.

The Bobcats had firm possession of the ball throughout the first and second half. Although the teams were at a standstill during the first half, the Bobcats had 15 shots to the Rattlers one. St. Mary’s goalie Rebecca Difronzo held a tight defense getting three saves in the first. Each team had one corner, and the first half remained a 0-0 game.

The second half picked up in pace with three corners within the first 15 minutes. The teams were still at a deadlock until the 85th minute of the game when Texas State’s Zoe Junior made the only goal of the game, assisted by Addison Peters and Juana Plata. This goal followed in trend with Texas States history of getting the tying or deciding goal within the last ten minutes of the game or overtime. This happened eight times in the previous season.

Coach Holeman said the Bobcats may have made the game much more exciting than they wanted it to be when a goal earlier would have made life a bit easier.

“I realized a lot during the game that backside was really open a lot, so I just made sure to cover that space, and voila,” said Junior, forward for the Bobcats.

Chloe Jones and Peters made their starting debut as freshmen in the game. The Bobcats have eight freshmen coming into the team for the 2022 season. Jones was able to one shot in the game and took two fouls in 70 minutes. Peters got an assist, three shots, and one on goal, seeing 80 minutes of playing time. Freshmen midfielders/forwards Mallory Henderson and Alexis Neal also made an appearance getting one and two shots, respectively.

President of the university Kelley Damphousse and athletic director Don Coryell were in attendance at the game showing their support and getting to know the team and the fans.

“That’s huge. That’s a reflection of those two staying until the very end,” Holeman said. “I jokingly said we didn’t want to score early because they might have left, but I think they would have stayed until the end anyway. They gave me a game ball, so that was really neat, but you know, the president of the university here, our athletic director–100% full support, and knowing both of them, I’m not surprised. I know they’ll be to more games, but they stayed on a Thursday night when it’s an extremely busy week. And for the president and Don Coryell, they have meetings all day tomorrow, so it’s big for them to spend some time watching the women’s soccer team.”

Bobcat soccer continues Sunday against Incarnate word at the Bobcat Soccer Complex, kicking off at 7:30 pm. The game will be broadcast on KTSW 89.9 with Joey Gonzalez and Tabby Keep on the call. 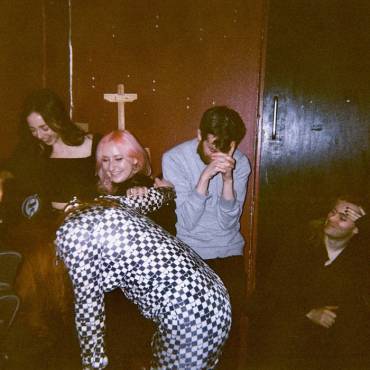 Ashley Farnie Assistant Music Director   If you frequent Austin, TX near Red River, you may be familiar with the iridescent sticker pasted throughout the streets reading “GHOST A POST-PUNK BOY TODAY.” I became familiar with this motto - and began practicing it myself – when I realized the connection between a band my professor recommended that I see while studying abroad in Cork, Ireland. I now own a tote […]