Why Avatar: The Last Airbender is a Masterpiece 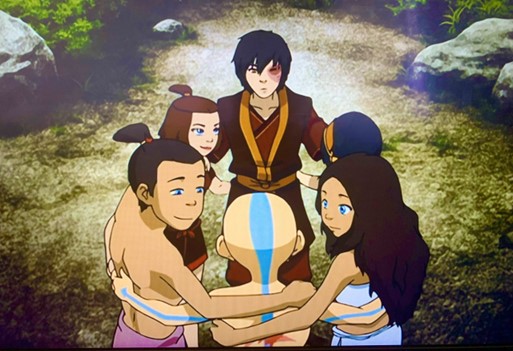 In the wake of the announcement that there will be three Avatar movies released, it feels important to touch on the series that started it all. Given that it was released in 2005, Avatar: The Last Airbender’s ability to stand the test of time, remaining a beloved show to old and new viewers while generating a spin-off series with three movies on the way, showcases its sheer brilliance.

Many saw it long ago, deriving positive feelings of the iconic show from nostalgic remembrance of one’s childhood years. Others, such as myself, viewed it later in life from the perspective of an adult in which nostalgia cannot patch potential flaws that are hidden behind the framework of it being a child’s program with sentimental value.

Even still, this show maintains its passionate fanbase, simultaneously gaining older fans due to it being a well-written exploration of trauma, female empowerment, destiny/free will and the effects of war on its citizens, to name a few.

Containing intricate worldbuilding, well-choreographed fight scenes, a consistent magic system, lovable main characters with fantastic development, and the simple fact of it being an animated kid’s show telling a serious, overarching story, Avatar: The Last Airbender is a masterpiece.

The story of our main character, Aang, is just as much the story of Zuko who, despite remaining the driving antagonistic force throughout the majority of the show, was able to capture the hearts of viewers due to his incredible development. Upon first meeting him, Zuko, a banished prince desperate for approval and restoring his honor, comes across as a demanding, ponytail-wearing villain determined to capture the Avatar.

However, as season one progresses and greater antagonistic forces arise, Zuko proves to simply be a young teen consumed by abuse and trauma from his corrupted family and nation.

Growing up in the fire nation, Zuko was raised in a militaristic regime desiring world domination, justifying their actions as spreading prosperity and strength to the other elemental realms. Their culture was defined by brutal honor while prioritizing an attitude that “might makes right”.

Their leader, Zuko’s father, remained cruel and dismissive of Zuko, yet encouraging of the villainous traits of his sister, Azula. For years, Zuko found himself longing to be like his talented sister that garnered the praise of their father, developing an inferiority complex while desiring what so many want – to prove themselves worthy in the eyes of their parent, holding them up as a symbol they should strive to please.

Zuko’s wise and caring Uncle, Iroh, always saw good in his nephew, accompanying him on his journey to hunt down the Avatar while nudging him in the direction of good. Uncle Iroh challenged Zuko to think about what he wanted rather than accepting the roles he had been assigned from those with power over him.

Zuko’s journey proves that our flaws, hardships, scars, and even the pain we inflict on others in our own wounded state does not make one evil. So long as someone has the proper support and willingness to do so, good will prevail.

Avatar: The Last Airbender is excellent at explaining the history, map and perspective of its world, introducing viewers to its unique setting without impeding on the narrative by crowding the audience with details.

In the first episode, we’re lightly shown our supporting character Katara, who uses water-bending abilities while fishing with her non-bender brother, who is irritated at her use of “magic water”. From there, through the perspective of the characters, viewers learn about the four element nations, elemental benders and the current industrial superiority the fire nation has over the other regions.

Many animated shows tend to feature a fast-paced structure to maintain the attention of its younger viewers, yet Avatar: The Last Airbender really takes its time to ensure we’re not rushed with information and can really immerse ourselves in this world alongside the characters.

We’re able to feel the gravity of the war and the desperation our main characters feel in their efforts to establish peace again. As the article “How Avatar: The Last Airbender Stood the Test of Time” states, this approach works “because so much was planned in advance, they had the ability to lay seeds from the very beginning that let the characters flower organically over time.”

Furthermore, the show incorporates real-world elements, such as martial arts and other influences from Asian culture, yet the creators ensured “people in different areas dress differently, speak differently, have different philosophies and communicate in different ways.” (Polo and Robinson) Thus, the setting feels familiar but crafted specifically towards the story being told.

The Mature and Emotional Themes

Though targeted at kids, the messages of Avatar: The Last Airbender transcend to both its young and older audience, featuring discussions on deep topics that we experience in the world today.

We’re given an insightful depiction of the devastating effects that war and power have on its surrounding nations including, in Avatar’s case, the fire nation itself. Genocide, torture, vengeance, propaganda, government abuse, family abuse, trauma – all aspects that provide deep storylines and connections to the characters we see on screen, adding to both the realism and emotional bonds we feel as viewers.

In the episodes “City of Walls and Secrets” and “Tales of Ba Sing Se”, civilians are kept blinded to the ongoing war occurring outside its city walls due to brainwashing from their government’s advisor, keeping the façade that everything seems perfect despite the corruption happening.

Our main character, Aang, is a 12-year-old boy who must handle the immense pressures of saving the world while effectively ending the war, with thousands expecting him to master all four elements in the span of a few months in order to kill Firelord Ozai. On top of that, he’s battling guilt from disappearing from the world when everyone needed him, and grief at having his entire air nomad family brutally killed and left extinct, making him the last airbender and an orphan.

Avatar showcases the brutal realities of those deeper parts of life, as well as things actively occurring, such as war, peace, death, love, regret and redemption, embracing both the good and the bad. This series is not about escaping struggle or healing scars but finding ourselves through that struggle, recognizing hope within those scars.

Our main characters, Aang and Zuko, undergo incredible development. Nevertheless, Avatar: The Last Airbender differentiates itself from other shows in that the supporting cast also feel very fleshed out and unique, displaying emotions we all can relate to.

For instance, Toph is a small, young blind girl who is independent and brash, capable of taking down people much larger through utilizing her earthbending skills.

However, she often puts up a façade to hide her true feelings and avoids showing vulnerability to anyone, not wanting to seem incapable. Unlike the other characters, the writers introduced her as a powerful earthbender right from the start, demonstrating how those whose power becomes a huge part of themselves can find it hard to ask for help sometimes.

Doing so feels like weakness or, due to her disability, might generate others to pity her, which can feel uniquely dehumanizing.

Katara, another powerful female character, frequently stands up for what she believes in and shuts down any sexist comments, while simultaneously remaining the heart of the show. Her moral compass verges on incorruptible.

She encourages the team by giving advice when needed, even being referred to by Sokka, her brother, as the mother of the group. On top of that, she starts off knowing very little water abilities, before undergoing her own journey of becoming the most powerful waterbender in the entire Avatar universe.

Sokka, despite not having bending abilities, perfectly fills his role as leader of the group, providing both seriousness and comedic relief. The element of him being the only non-bender in a group of benders adds a wonderful dynamic to showcase those gifted with special abilities versus others who may have to work a little harder to keep up.

He has episodes devoted solely to him, such as “The Black Sun Siege”, “Sokka’s Master” and “The Boiling Rock”, where his character is challenged, allowing him to develop skill-wise and emotionally.

The Final Agni Kai – The Battle Between Zuko and Azula

Talent versus hard work. Brother versus sister. This is the battle of two siblings who, as stated within the show, showcased “one who was born lucky, and the other who was lucky to be born.” There are many things to be said about the beautiful music, amazing animation, and wonderful character development happening within this show, however, nothing hits quite as hard as this scene does; a battle brewing not just throughout the series, but the entirety of Zuko and Azula’s life.

Azula, a 14-year-old girl, grew up without the guidance of her mother, Ursa, who feared Azula and had even stated, “What is wrong with that child?”.

While Azula chased acceptance from their father, Zuko was given an abundance from their mother and, later, Uncle Iroh, leaving Azula desiring that same attention and love. She may have garnered his praise for her skill, but her father, Firelord Ozai, didn’t truly care for the person behind the ability.

Nevertheless, when Azula happens upon her crossword of destiny, she chooses the path her father wanted – destruction, death and power, pushing the people in her life away while viewing them as pawns, including her brother.

Azula and Zuko often cross paths on their journey to hunt the Avatar, but their relationship deteriorates with each passing confrontation. And in their final encounter, one in which Azula finally intends to kill Zuko, she shows up alone and unstable from her slow devolution into insanity, while Zuko has a trusted friend to stand by his side.

The music is somber and tragic compared to typical fight scene music, the sky is painted red in a darkened state and the clash of both Zuko and Azula’s orange and blue flames is in high contrast.

Zuko’s despair is characterized through the sad music as Azula, once precise and powerful, slowly slips away. In the end, Zuko restores his honor by sacrificing himself for another, while Azula, chained up, cries in her defeat, realizing what she’s done as her brother stares at her. 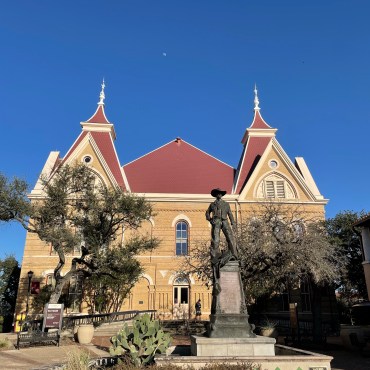 By: Emma Jones  News Reporter  Students are being housed at over 100% capacity due to Texas State’s record-setting freshmen enrollment this semester.    The university temporarily housed students off campus in a local hotel and filled dorm rooms over the usual occupancy limit. Likewise, Resident Assistants (RAs) are now assigned new residents as roommates in some dorm halls.    The Texas State Housing Policy requires all freshmen to live on […]