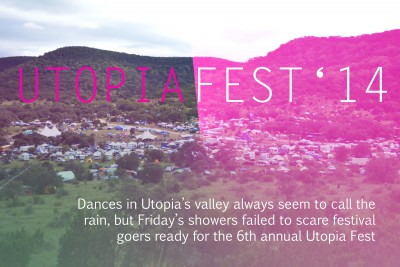 Above: Saturday afternoon Ruby Jane impressed the crowd with her violin-adorned covers of Wilco and Alt-J. The musician played her first Austin City Limits music festival set in 2010 when she was just 15. Today Jane prepares for a new album release. You can find her single "Ticket Out" as a sample of the artist's long sought after sound. Ruby Jane's quirky violin rips throughout and her close young voice makes […]

Other Side Drive Catch-Up

Other Side Drive Stephanie and Garrett were able to speak with Austin Film Fest’s Kristen the impression it leaves on the community and celebrities. “I think the fact that we’re helping bring film to Austin is a really big impact” -Kristen of Austin Film Fest Chocolate Charlie and DJ Hales geek out with Austin’s MAJOR MAJOR MAJOR and the one-man band My Empty Phantom about scream queens, band times, and […]

Other Side Drive In Reverse

By Stephanie Perez Social Media Contributor A Great week in Other Side Drive ville...highway? You get it. This week included the third Thursday of the month which means KTSW put together a nice little show for you; and Other Side Drive brought you exclusive interviews with the bands playing that night! Here’s our daily breakdown: On Monday, Halie and Charlie were joined by My Empty Phantom which opened up the […]

By Valerie Gomez Social Media Contributor I ran a little late with this one but here it is-- your preview at the week ahead on Other Side Drive. Let's dive right in. My Empty Phantom will be in the studio with Halie and Charlie on Monday at 4:30! My Empty Phantom is actually one guy -- Jesse Beaman, and he plays and loops several instruments to create an awesome sound. […]