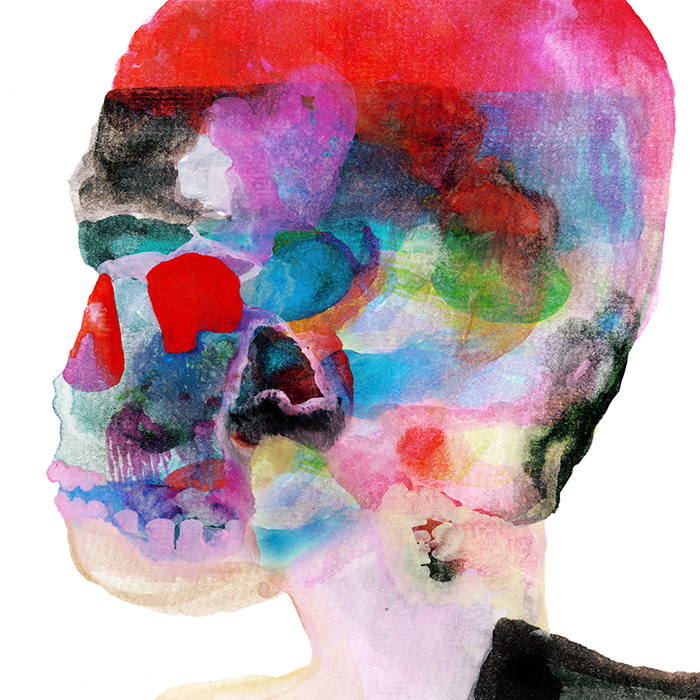 If you could boil down the critical consensus of Spoon down to just three words, you’d probably get: “minimal”, “reliable” and “consistent”. Now we can just go ahead and take “minimal” out of there because in 2017, I can’t find the time to deal with erroneous labels slapped on a band in the early 2000s to generate clicks and ad-revenue. (Having “Small Stakes” in their catalog doesn’t make Spoon “minimal”, so you can run and tell that, okay?) So we’re left with “consistent” and “reliable”, two adjectives that Spoon has had thrown onto them by the dozens. And for good reason too: Metacritic has them listed as their artist of the decade for their four incredible albums from 2001 to 2007. These records, 2001’s Girls Can Tell, 2002’s Kill the Moonlight, 2005’s Gimme Fiction, and 2007’s Ga Ga Ga Ga Ga are what established Spoon as a “reliable” rock band and a “consistent” act, and it was all thrillingly satisfying to watch.

This was a band that was apparently on the outs at the turn of the millennium, dropped by Elektra, in need of a label, apparently washed-up–suddenly they get picked up by Merge Records and proceed to release a string of records comprising what might be one of the hottest streaks in indie rock. And it all culminated with “The Underdog”, the first single taken off Ga Ga Ga Ga Ga. With its triumphant horn-section and frontman Britt Daniel’s exuberant “Hey!” that’s delivered in that rough and strained way that only he can pull off, it makes for an incredibly cathartic victory lap. It’s also a big middle finger to Elektra Records, Sylvia Rhone and Ron Laffitte. Now, I’m well aware Spoon’s backstory, or at least the legacy of those four albums is well known, and I’m not bringing them up to fill my word count, trust me, I don’t need it. I bring it up to ask the question: When does consistency and reliability become boring?

For a lot of people, the stakes were high in 2014 with the release of They Want My Soul, especially after 2010’s secretly excellent Transference failed to top their past records in critical success. But of course the record was good, and it debuted at #4 on the Billboard chart thanks to some extremely catchy advance singles. For some, this cemented Spoon as a band that couldn’t fail, but despite their early struggles, 2017 sees Spoon as a band that’s too big to fail. The advance singles for their newest record Hot Thoughts (which sees their return to Matador Records, a no doubt ceremonial full-circle gesture) were simply O.K. at best. But in the comments section for these songs you can find comments like “incredible song, the boys have done it again” and “They can’t write a bad song.” But that’s exactly the problem, Spoon never produce overtly terrible material, it’s just O.K., mediocre songs masquerading as the next steps in the inevitable global conquest. And Hot Thoughts is exactly the same, it’s not bad, it’s not that great either, it’s just passable.

Opener, advance single and title track “Hot Thoughts” as well as “Can I Sit Next to You” , the other advance single are both songs that move Spoon closer to being what my snobbish friends insist that they are: “The World’s Top Boring-Core Band”. Nothing about the structure of these songs is that interesting, melodically they’re mild and all sense of spontaneity or “explosiveness” comes from vocalisations by Britt Daniel utilizing his aforementioned strained yelp, although here’s it’s not implemented tastefully, but clumsily. Track “Pink Up” is sort of like “The Ghost of You Lingers”, except drawn out and less interesting, and part of what makes the latter track so great is that it’s followed and contrasted by “You Got Yr. Cherry Bomb” which I earnestly declare to be a “romp of a song”. “Pink Up” is just followed by “Can I Sit Next to You” and we’ve already been over why that’s not such a great thing.

It has to be noted though that these songs are lushly layered with instrumentation, tucked in with nice synth patches played by the very capable Alex Fischel (longtime Spoon keyboardist/auxiliary musician, Eric Harvey, seems to have sat this one out), as well as sounds I don’t think I’ve ever heard on a Spoon record before like a… xylophone…? It can be summed up in layman’s terms like this: Spoon have put a little of “Inside Out” into every track on this record and have unabashedly embraced layering and electronic textures. And this is all well and good, it’s sort of like a poor-man’s Jim O’Rourke Drag City record, but all the layers in the world can’t disguise or excuse second-rate songwriting.

Hot Thoughts has its moments though. “Do I Have to Talk You Into It” explodes with a chorus that ensures its spot on any future “Essential Spoon” playlist. And although “I Ain’t the One” isn’t anything to write home about (Rob Pope knows something about that), the track after it, “Tear It Down”, fuses the three most enjoyable factors this record has to offer, Britt Daniel’s biting, Wire-inspired Telecaster tone and the piano and harmonies to create another album highlight. Spoon also deserve credit on this album for ventures into territory unknown for them. Closing track “Us” is the first instrumental they’ve had since 2001’s “This Book Is A Movie”, but unlike that track, it eschews guitars as the primary instrument. Instead, the driving force on the song are melancholic saxophones against ambient sounding synths. The band utilizes empty space as a tool, as twice the music fades, reorienting itself for its return seconds later with new melodies and a growing intensity as new instruments enter the fold. It’s an exercise in melody and layering that again reminds one of Jim O’Rourke’s The Visitor. The sound of “Us” is so nice it almost makes one forget that the lyrical conclusion of the album was the lackluster “Shotgun”.

Spoon are a band whose blank spaces are colored in by their history, their perceived narrative, which is that of the underdog. But Spoon have thrice been in the top 10 on Billboard 200 and Britt Daniel and company are undoubtedly bankin’. Bro-types can be heard at festivals planning to “split after The Underdog” and “the way they get by” is by releasing some of the biggest releases in the indie world. They are ever-shifting and perhaps it’s unfair to put so much weight on a growing-pain of a record. The band is operating with new members and though Dave Fridmann was present behind the board on the last record, it’s likely still far from the familiarity the band had with Mike McCarthy after four records together. There’s a lot of places Spoon can take their new electronic-oriented sound, although something tells me that they’ll never go full Radiohead. The blips at the end of “Us” and the pulsing IDM-esque synth at the beginning of “WhisperI’lllistentohearit” suggest that Spoon are entering a new phase in their career. From the guitar-based, Pixies-ripping rock of Telephono to the matured sounds of those records from the Merge years, to the new electronic-tinged sounds that first appeared on They Want My Soul. We find one record unaccounted for, 1998’s A Series of Sneaks, a hidden-gem that hints heavily at the record before it as much as it does the records to come. Upon first listen, it’s not all that solid but listen-by-listen, its value makes itself apparent. Maybe Hot Thoughts leans that way too. Perhaps Spoon will go on to release more engaging records after this and this will become a relative footnote in their history, but for a band where “history” and “legacy” are keywords, Hot Thoughts has its place. 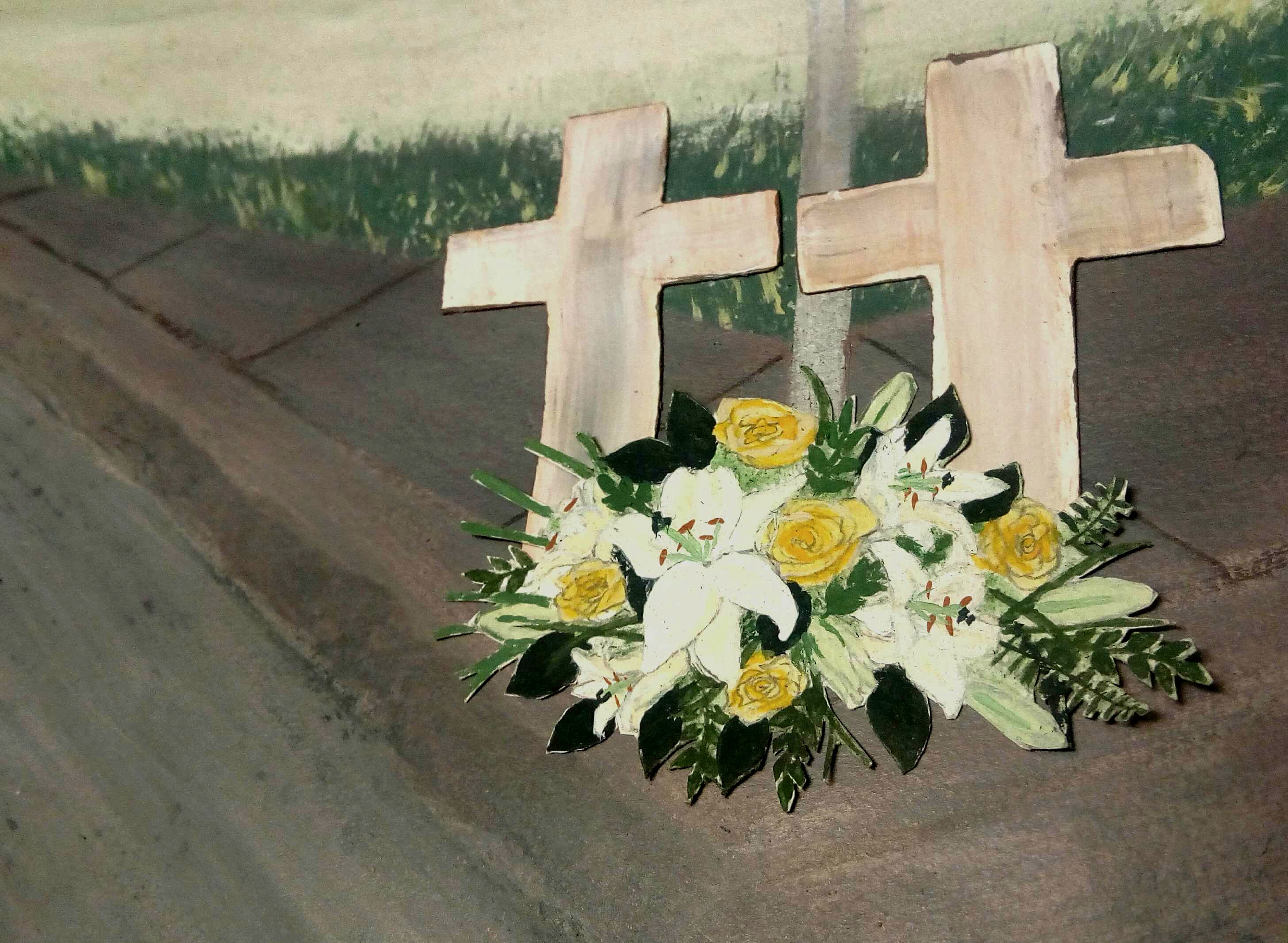 The Harsh Reality of Driving Drunk

By Asia Daggs Web Content Director On March 10, 2015, the harsh reality of drunk driving hit me hard by taking my grandmother away from my family and then again on March 19, 2017, when a childhood friend was taken entirely too soon. My grandmother was hit by a drunk driver as she was crossing the street in broad daylight. She owned an antique shop on the corner of that […]