The Influence of Rock in Modern-day Hip-Hop 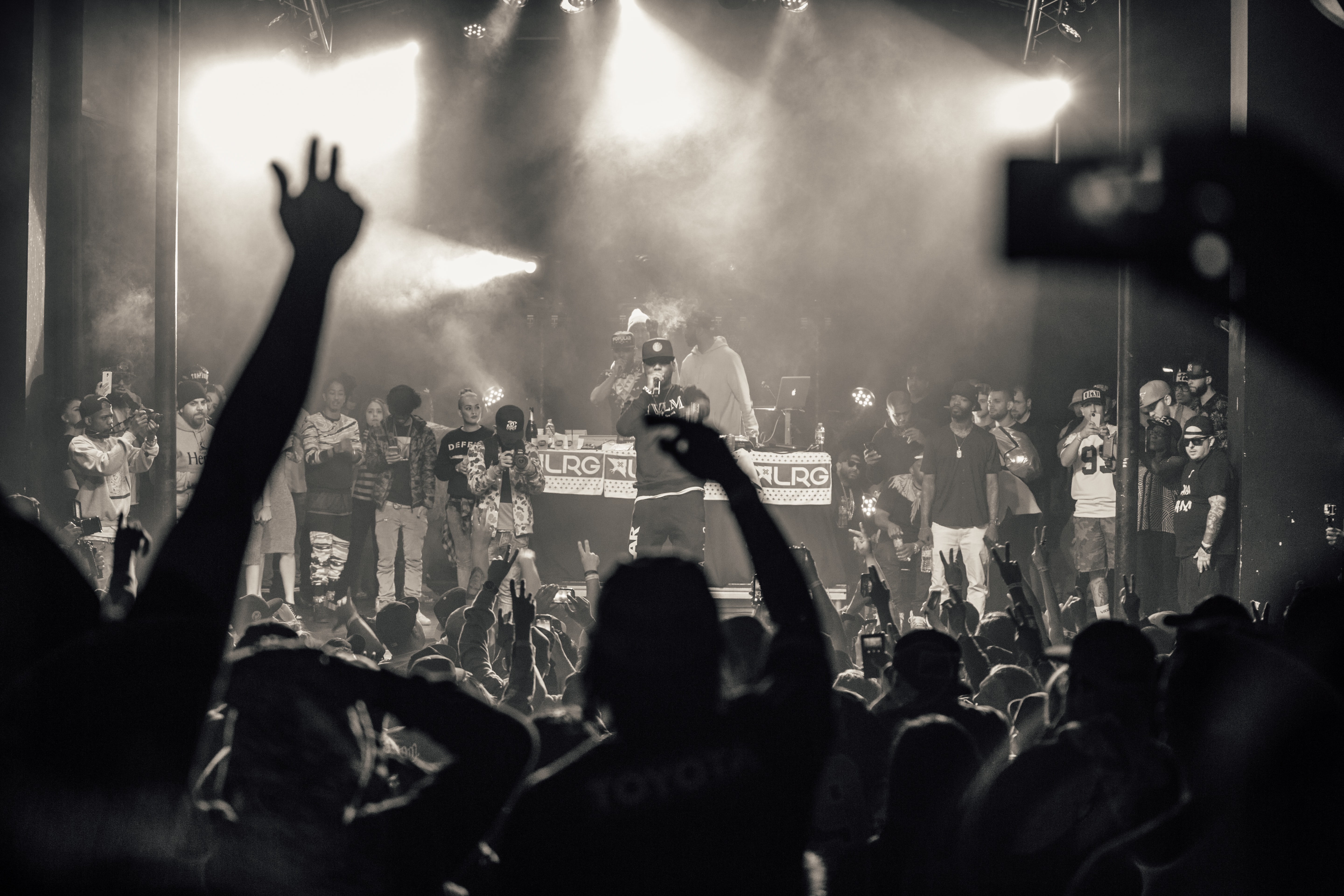 The hip-hop and rock genres have been intertwined for decades and the connection between the two is still going strong to this day. Some might wonder why this combination is so prevalent in today’s music, but it is quite simple.

The two genres are very similar. For starters, the energy that both types of music bring is unique to the two specific genres. Not to say that other genres do not have energy, but in comparison to most rock and hip-hop songs, they do lack a bit in that category.

Live performances are a perfect example of this point due to the large amount of production value that goes into hip-hop and rock concerts. This does not just include the sound but as well as the lights, the pyrotechnics and the overall energy that performers typically bring to the stage.

It is also worth mentioning the history of rock and hip-hop and how the two genres derive from Black American culture. One of rock and roll’s founders, Sister Rosetta Thorpe, is credited with the popularization of electric guitars and would eventually set the groundwork for the rock and roll era that followed.

While artists like Elvis Presley and the Beatles took the world by storm thanks to Thorpe, artists like Chuck Berry, James Brown and Jimi Hendrix are often forgotten, but were pivotal in paving the way for future rockstars. The same can be said about hip-hop with the genre first finding its footing with acts such as DJ Kool Herc and Grandmaster Flash before the mass popularization that came when NWA hit the music scene.

Another similarity between the two genres is the subject matter. A few of the biggest subjects often associated with hip-hop and rock are standing up to authority, addressing substance abuse and sensual relationships. These have remained relevant in a lot of the modern hip-hop and rock music we hear today. While these are the subjects that have remained notoriously prevalent in hip-hop and rock, there have been plenty of artists who explored aspects of social consciousness and political corruption in their music.

The biggest similarity between hip-hop and rock, in my opinion, is the importance that is placed on the instrumentation. When you think of rock music, your mind often goes to electric guitars and pronounced drums. Hip-hop is often associated with hard-hitting beats that emphasize the base without sacrificing rhythm. This is not to say that rock and hip-hop artists do not care about lyrics but the messages of these types of songs can often be lost in the music that accompanies it.

The most amazing thing about both genres and music, in general, is that we have seen plenty of artists that have not been confined to one genre and have found ways to combine the two and create unique pieces of art. It could be through collaborations as we saw with Aerosmith and Run DMC on “Walk This Way” or solo acts who have found ways to incorporate aspects of both hip-hop and rock into their music like the Beastie Boys.

That leads us to today’s music scene. Rock has found new life through integration with new hip-hop artists who were influenced by rock music growing up. The first example that comes to my mind is the late Juice Wrld.

The Chicago native pulled influence from plenty of different artists from the rock genre including bands such as Paramore, Avenged Sevenfold, Black Sabbath and many others. It is not hard to spot these influences in his music, especially in songs such as “Lean Wit Me” that have guitars featured throughout the track as well as the melancholy lyrics about heartbreak. These lyrics are often compared to lyrics from the sub-genre of rock called “emo.” Despite his love for rock music, Juice Wrld found a way to blend it into his style of rapping and overall act as a hip-hop artist.

Plenty of other rappers have worn their rock influences on their sleeves including artists like Lil Uzi Vert, Lil Peep, Post Malone and countless others. Whether they found influence in classic rock, heavy metal, punk or any other sub-genre of rock, these artists are not afraid to include aspects of rock into their music.

But some hip-hop artists decide to fully embrace their rock influences by creating full-length albums experimenting with the rock sound. A great example of this is Machine Gun Kelly, who burst onto the scene as a Cleveland rapper, but has now found himself venturing into the world of punk rock with his last album Tickets To My Downfall. It should also be mentioned that MGK was helped by the iconic drummer of Blink 182, Travis Barker, on his debut rock album. Other artists who have recently tried their hand at rock projects include Trippie Redd, Lil Wayne and Kid Cudi among many others.

Rock and hip-hop have always been closely associated and it does not seem that this trend will end anytime soon. Regardless, it is great seeing artists exploring other genres and embracing the music that influenced them.

Enjoy one of my favorite hip-hop and rock mashups as Denzel Curry covers “Bulls on Parade” by the legendary, Rage Against The Machine.

By Shack KhozaSegment Producer In this episode, Shack Khoza discusses why people spend a lot of time and devotion for fitness and diet after he discovered two new restaurants that are healthy and tasty. Featured image by KTSW Multimedia.