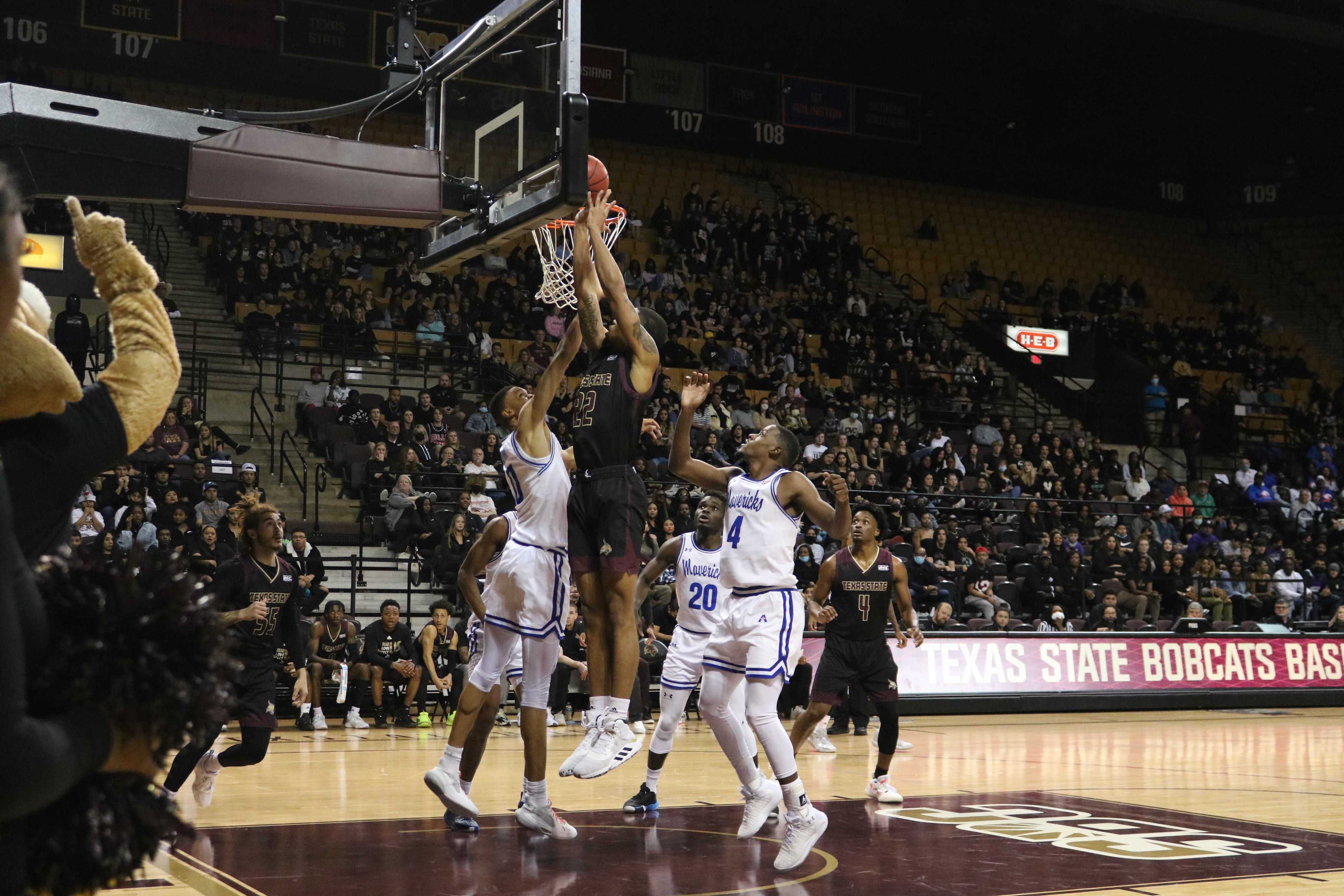 This game wasn’t like any regular home game for the Bobcats as it was Blackout night in Strahan Arena. A season-high 3,587 fans dressed in black electrified and cheered on the Bobcats resulting in the victory over UTA.

Despite the Bobcats scoring a scorching hot six three-pointers in the first half, the game remained close with four lead changes and the Bobcats down three 26-29 at the break.

The second half began with many fans worried as the Mavericks strolled to their biggest lead of the game, nine points with 16:18 remaining. But the fans were quickly back on their feet as senior forward Nighael Ceaser gave the Bobcats their first points of the half with a shot clock beating floater.

Asberry, feeding off the fan’s energy, gave everyone in Strahan Arena a show by splashing a three-pointer from the corner, a defensive rebound on the other end, and a Fastbreak three to top it off.

Though the Bobcat offense built a nine-point lead with 7:54 remaining, the credit for this victory must be given to the defense. The Bobcats could not score a single basket in the last seven minutes but held the Mavericks with their defense to seal the win.

Senior Shelby Adams made Bobcat history Saturday evening with the most career games all-time, with 134 games played. When Head Coach Terrence Johnson was asked to share about Adams as a player, he said, “He is everything that you want in a player and if you had the opportunity to start a program, that’s who you’d want to start it with.”

“One thing that cannot go without being said is that the energy the fans and the community put into this place is unmatched,” Johnson said. “To be completely honest it’s not even close and this is what carried our guys to a victory.”

Texas State will continue their three-game homestand on Feb. 3rd at 7:00 p.m. against Appalachian State. You can listen live on KTSW FM 89.9 San Marcos, and it will also be streamed on ESPN+. 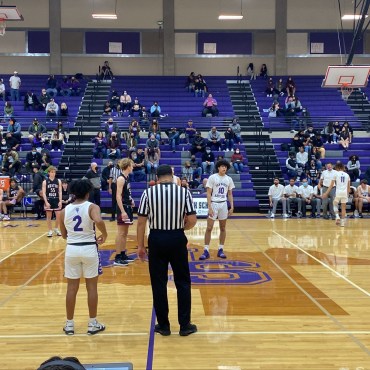 By Jaysen Collins Sports Reporter The San Marcos High School boys' basketball team (24-7 overall, 7-2 26-6A) won in convincing fashion Friday night against Austin High School (7-22 overall, 1-8 26-6A) by a final score of 76-37. The Rattlers came out with energy from the opening tip as they went on a 6-0 run. It was smooth sailing from there, led by Kaden Gumbs hot hand, scoring San Marcos's first […]